Manesar-based coolant and brake fluids supplier is dealing with lowered capacity utilisation due to the ongoing industry slowdown and has put two greenfield projects in Gujarat and Chennai on hold. it plans to ride on and an EV push could bring in new business too. 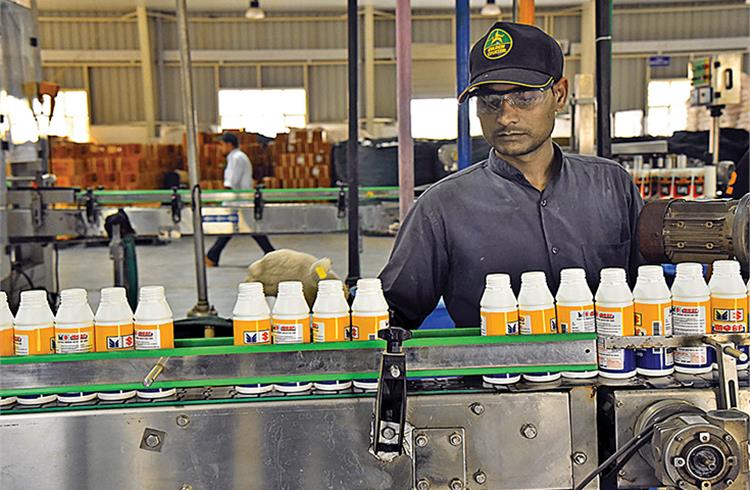 Risk and business are close cousins. In anticipation of growing demand, S-CCI, the Manesar-based Indo-Japanese JV company which supplies coolants and brake fluids to key passenger vehicle OEMs and to the aftermarket under the 'Golden Cruiser' brand, had gone ahead and expanded capacities at its Bhiwadi plant last year to 20,000KL/annum for coolants and 5,000KL/annum for brake fluids.

“Even as there seems to be no sign of recovery in the short-term, the industry is unanimous in its view that it is going to bounce back, whether after a government trigger or otherwise,” he adds, commenting on the current tough times when S-CCI is seeing only 55-60 percent capacity utilisation albeit is in a relatively better position compared to the rest of the market. 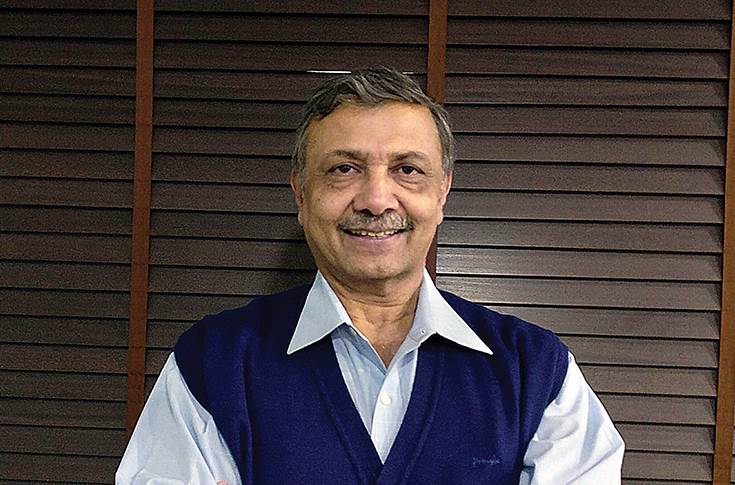 SK Singh: 'Diesel Emission Fluid is a growing area and has seen a lot of new players enter the space. We will expand according to the volume potential for us in the market.'

With a major chunk of its supplies going to the OES (OE-servicing), S-CCI says it will be able to manage mitigating the downturn till end-FY2020, for which it has already halted all its capex activities. “Yes, the workload has decreased and while there was a general fear-psychosis among employees that the company might downsize, we have not resorted to retrenching. We have assured all our staffers and workmen that we are not going to take that action just yet and will find out ways to overcome this temporary phase,” adds Singh.

“We are absorbing the increased expenses and will be able to do so till the end of the fiscal, after which we don’t know how things will pan out. We are hoping that the industry revives as soon as possible.”

Like others, S-CCI also really felt some tremors in Q1 of this fiscal, where it had just done away with closing FY2019 with 6 percent year-on-year growth.

On the positive side, S-CCI has been able to bag new contracts in the form of coolant supplies to MG Motor India, as well as BYD, the Chinese EV maker which has entered the Indian EV space with its all-electric buses for public transportation. S-CCI also plans new greenfield projects in Gujarat and Chennai in the coming years to be logistically nearer its clients. It is also eyeing the PSA Group, which has announced its India entry plan in 2021 with the Citroen brand. 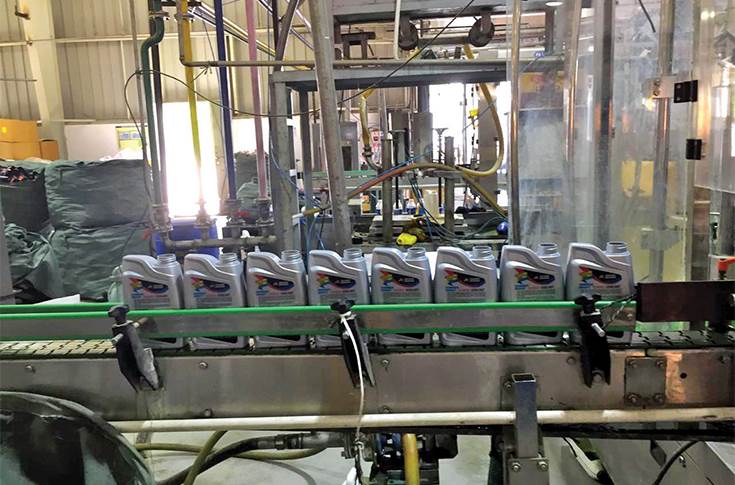 Now with the expected revival of the industry, S-CCI is looking to get on track with the new proposed plants, which will only come on stream once the action starts kicking in from the OEM side. While it was supposed to be ready with the new 5,000KL/annum coolant-only facility in Gujarat in 2018 itself, Suzuki Motor Corporation putting its third line on hold meant that S-CCI also had to defer plans to commence production. The unit, spread across 5.5 acres, will see an investment of Rs 40-45 crore and will go on stream once the market situation gets normal.

Its second project in Chennai will be built on a similar plot size but will offer twice the capacity at 10,000KL/ annum of coolant manufacturing with an investment of Rs 80 crore. S-CCI aims to cater to Renault-Nissan, Komatsu, Ford and prospectively to PSA from this facility. Also, as it supplies to the OES divisions of Hyundai Motor India, that supply would shift to Chennai as well.

S-CCI says it would need five to six months to construct these plants and become operational, but right now, “it is a period of confusion when no one really knows how and when things would improve. We are adopting an approach to be static and put all our expansion plans on hold,” says Singh.

While it wouldn't have been wrong to assume that the company would have burnt the midnight oil and spent big money on the development of BS VI coolants, Singh says, “All our coolants across the board are compliant with the higher operating temperatures in a BS VI engine and thus we didn’t need to invest any sum or human resource into its R&D." 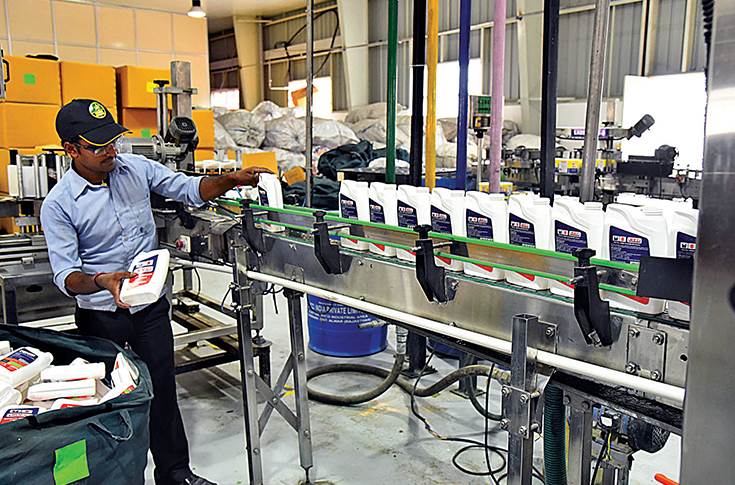 Being a major player in coolants and brake fluids, two of the most consumed repair and maintenance products in the aftermarket, S-CCI feels that spurious and sub-standard parts are a nightmare for its business. "We are very much concerned about brake fluid being sub-standard as it is a safety-critical item with close to 40 percent of all the brake fluids available in the market being fake. While the Weights and Measures enforcement wings are very active in the market, there has to be some approval from bodies such as ISI, before one is  allowed to sell brake fluids,” Singh adds.

Diversifying into coolants for electric vehicles
S-CCI has been trying to enter the oils and lubricants space, utilising the growing Golden Cruiser brand equity. While it has already installed capability at Bhiwadi, it is awaiting the right time to introduce the products into the aftermarket. To begin with, it would first enter into the passenger vehicle market, followed by lubes for commercial vehicles and lastly industrial oils.

While it has been producing around 40,000-50,000KL per annum of Diesel Emission Fluid (DEF) from its Bhiwadi plant solely for the aftermarket, S-CCI is eyeing growth in the consumption of DEF with BS VI. “DEF is a growing area and, as a result, has seen a lot of new players enter the space. We will expand according to the volume potential for us in the market,” confirms Singh. 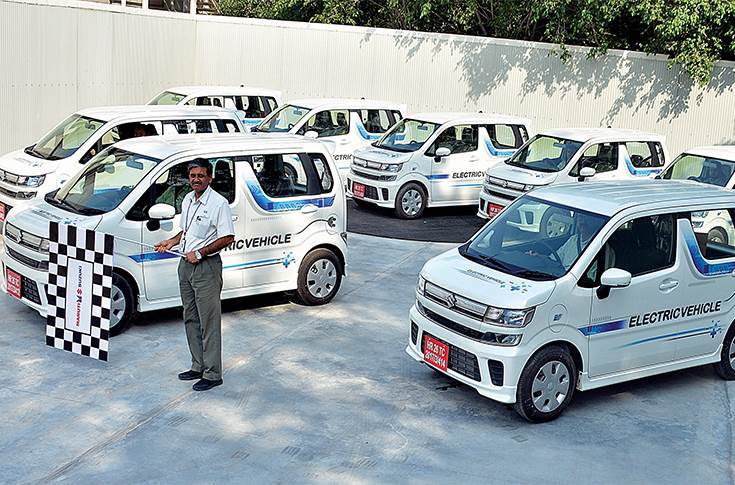 Meanwhile, in a very contradictory scenario, S-CCI, a lubricant manufacturer, is also keenly eyeing demand in the EV market. With the consumption of coolant getting doubled for an EV, Singh says it wouldn’t be a more profitable scenario for the company. While its JV partner CCI Corporation of Japan has already been conducting research on EV coolants, S-CCI is already supplying them to Maruti Suzuki India for its fleet of EV test cars currently being extensively tested across the country. “Electric vehicles replacing IC-engined vehicles will bring more volumes for us. While the market has to keep growing, it is still unclear which technology would contribute more to the growth — EV or ICE. We would be happy catering to either or both of them,” signs off Singh.

(This article was first featured in the September 1, 2019 issue of Autocar Professional)