​After rolling out its 500,000th vehicle, the Sanand facility is all set to get a major boost in its production capacity in FY2019 and will support the ‘Turnaround 2.0’ strategy. Insights from Mayank Pareek. 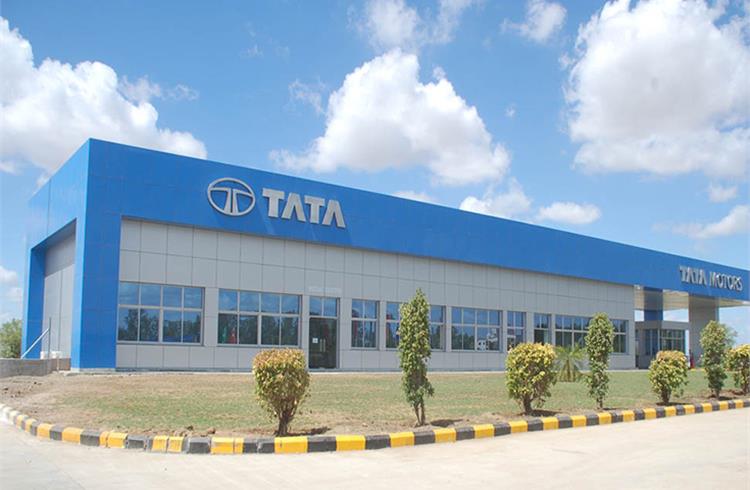 Tata Motors’ youngest plant in India has been in operation since 2010 with a capacity of around 154,000 units per annum. Operating at 100 percent capacity utilisation, the Gujarat-based plant has rolled out 500,000 units since its inception. From a single-model (Nano) plant in 2010, it has today emerged as a multi-model facility and is one of the most technologically advanced plants in the country. On December 6, 2017, the Sanand plant began rolling out the first electric passenger vehicle for commercial use in the form of the Tigor EV and continues to support deliveries of the EESL order. With Tata Motors’ PVs clocking near-50 percent YoY growth in the first quarter of FY2019, the Sanand facility is all set to get a major boost in its production capacity in FY2019 and support the ‘Turnaround 2.0’ strategy.

The plant houses over 190 robots and high levels of automation to increase productivity across processes. In the past two years, the number of staffers has increased by 80 percent to around 4,500.

Turning the wheels of Turnaround 2.0
According to Mayank Pareek, president of the  passenger vehicle business unit at Tata Motors, the company has a 6.8 percent PV market share. Pareek further reveals that the company has outgrown the PV market for 30 months consecutively and that its product portfolio covers over 70 percent of the PV market now. Furthermore, 60 percent of Tata Motors’ PV sales come from Sanand-made products. Reason enough to say that the Sanand plant is an extremely critical element of the company's Turnaround 2.0 strategy. 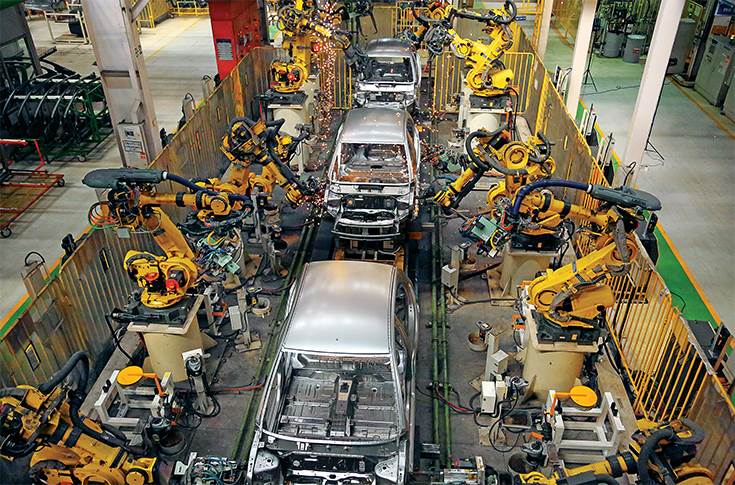 In an interaction with Autocar Professional, Pareek revealed that the vision behind the strategy is driven by three aspects – sales, cost saving and efficiency. On the sales front, Tata Motors is pretty content with the contribution from the Sanand plant. However, the company has recently revealed plans to ramp up the plant’s production capacity and profitability through improved efficiencies and strategic cost-cuttings.

Eco-friendly moves
On the efficiency front, the Sanand plant has adopted many green initiatives and thus was conferred with ‘CII’s GreenCo platinum’ certification in June 2018. The plant has also achieved WCQ 3 level in quality standards. It uses 30 percent renewable energy from total power consumption and has commissioned 2MW of rooftop solar panels and off-site wind power mills with a 9MW capacity. The Sanand plant has achieved 1,300-tCO2e (tonnes of carbon dioxide equivalent) reduction in carbon emission on an average per month in FY2018.

Pareek reveals that Tata Motors is all bullish on the EV front, which is evident from the production of the Tigor EV for commercial purposes at the Sanand plant. He says the intent is very much clear but the policies from the government need to be less ambiguous. If that is sorted out, then along with the entry of private players, EVs would definitely have the future they deserve.

Alfa and Omega platforms
In the auto industry, development cost is always a huge affair. Tata Motors has come up with a concept of two platform architectures with multiple options – ‘Alfa’ and ‘Omega’ – to benefit from economies of scale, commonisation and reduction in complexity. Tata Motors will decide on producing a particular model from either Sanand or Pune, based on economics, best business case and the investment required. According to Pareek, the company has already decided to come up with its first vehicle on the Omega architecture, the Harrier, the SUV based on the Tata H5X concept, from Pune. 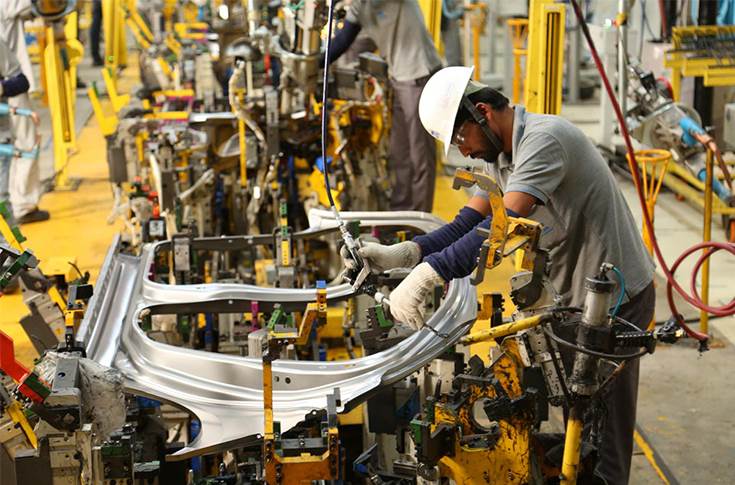 With a cost reduction target of more than six times over not just the previous year, but over the entire history of the company, Tata Motors is looking at possible savings from all kinds of operational costs.

Apart from all the cost-cutting, Tata Motors is planning to invest Rs 4,300 crore on PVs, CVs and capacity correction. 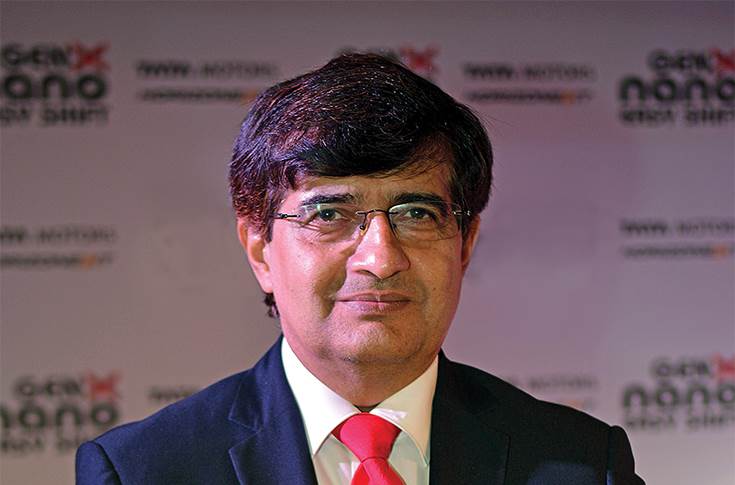 In terms of the Turnaround 2.0 plan, the pillar of winning sustainably for the PV business is key. What role does this plant play? Also, you mentioned 10-12 brand nameplates over the next four years. How many of them could be from this plant?
Win Sustainably is our vision. It is two important things – of course win and sustainably, so that you can sustain your business. It has three components. First is sales enhancement, not sales growth, which means a rapid increase in sales. The second important activity is cost saving. It means multiples of cost-saving and third is improving efficiency. In terms of sales enhancement, we have been able to outperform the market for the last 30 months.

But that is also because of the lower base effect.
Actually, if you see the pecking order of the industry, we are fourth out of 18 players.  There are 14 players below us, not all of them are growing. But low base is not any guarantee for growth. In that growth, 60 percent of our sales is coming from products that are made in Sanand. So Sanand is an extremely critical element of our turnaround strategy.

Of the 10-12 brand nameplates, how many of them are going to come from this plant?
We have our manufacturing footprint in three places — Pune, Ranjangaon and Sanand. Of the architectures of Alfa and Omega, we have to decide which product at which place, depending on economics, what makes the best business case, in which place will our investment will be, and the minimum required to make that plant suitable. As of now, that call is not being taken. But the call that has already been taken is that our first vehicle is coming on Omega, which is the Harrier, will be done in Pune.

Also in terms of winning sustainably, cost-saving has a big role to play. You have got very aggressive cost targets, 6x over whatever has been done in the history of the company, if I am not wrong.
That is the idea. I said ‘Win sustainably’. Win is okay, you can do, you can buy market share and sell, but sustainably which is a very critical operating word in this, which should be based on the principle of how do you do a thing at the minimum cost. Costs are of multiple types.

In the auto industry, the development cost is huge, so we came up with this concept of two architectures with multiple options — Alfa and Omega. That gives you the huge advantage of the economies of scale, commonisation and reduced complexity. Secondly, we are attacking all possible costs, metal costs, design costs, operating costs, variable costs, marketing costs.

What is the ballpark figure you are looking at this year?
I can’t tell you but it is a significant number.

And that is for FY2019. Have you laid out any target for FY2020?
Actually for FY2019, we have more or less reached there, we have visibility and we will reach. We have already started on our FY2020 program. The target is much greater than what we have taken this year.

Also, Sanand is also where you started off your electric mobility journey on a small scale. Will this also be the EV hub for Tata Motors?
Actually, it is too early to say. The fact is that today our electric vehicles are coming from here, but there are a lot of other things that are yet to be finalised, what the policy going to be. I don’t know what the demand is going to be in future.