The rise of the automobile in free India

As India celebrates its 69th Independence Day, Autocar Professional takes a look at the journey of the Indian automobile industry over the years.

By Shourya Harwani, Sumantra B Barooah, Ajit Dalvi an 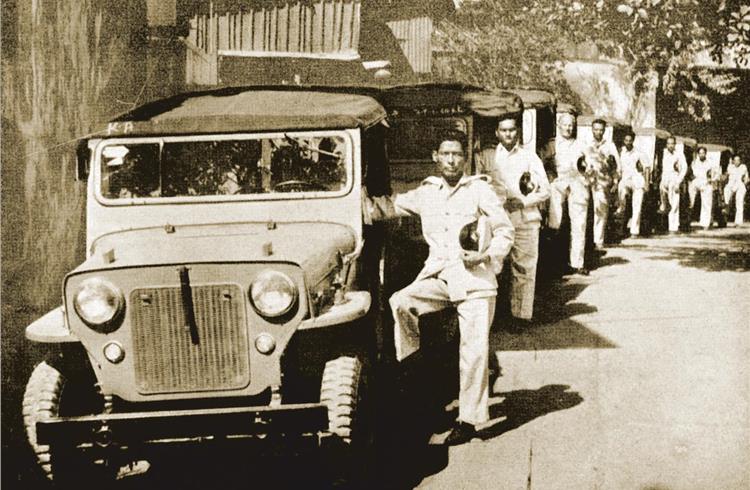 1954 - Mahindra Jeeps roll out of the Mazagaon factory in Bombay, ready for delivery. The first Tata truck with its owners The 2 millionth from Jamshedpur rolled out in 2013. 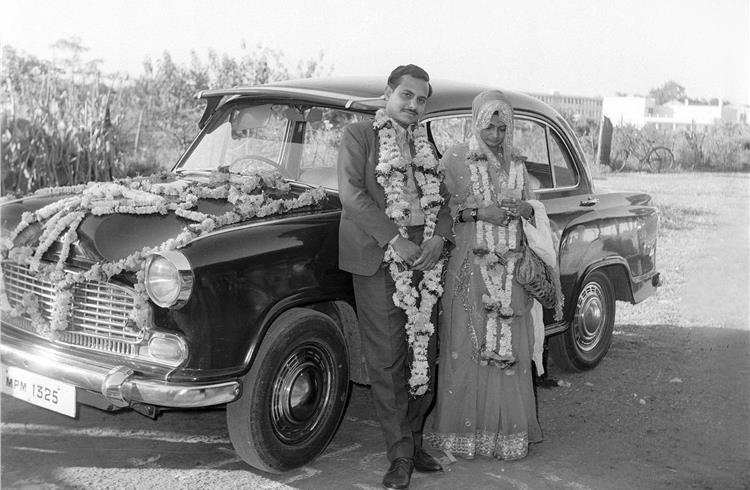 The HM Ambassador was the world's oldest car in production till 2014. Also, served as 'best man'. Maruti 800 was the car which put India on wheels. 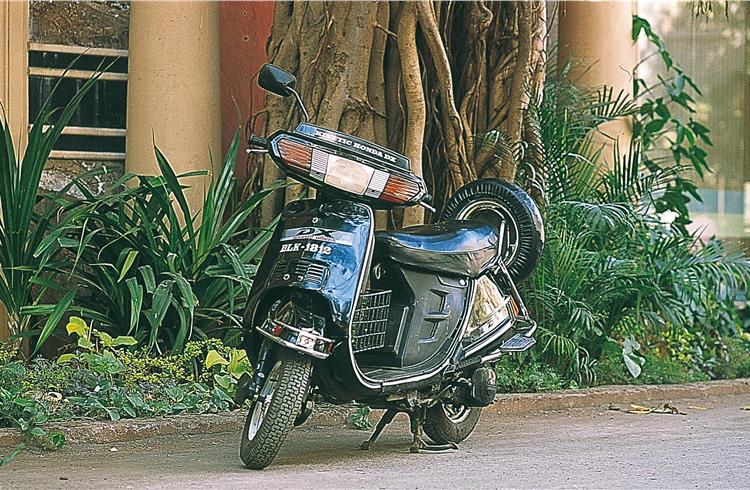 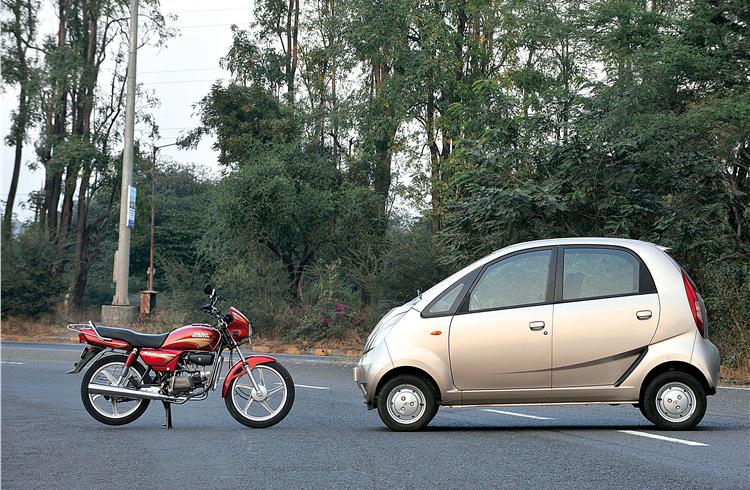 Hero Honda and Tata Motors took up the gauntlet oif offering the most affordable set of wheels.

On the occasion of India's 69th anniversary of independence, Autocar Professional takes a look at some interesting trivia of the Indian automobile industry. Here’s driving back into the Indian automotive industry,a decade at a time, and scrolling through the pages of its illustrious history.

As India declared its independence at the midnight of 15th August 1947, the country embarked on a journey unlike any other. Under Mahatma Gandhi’s Swaraj movement, self-reliance and self-dependence became the founding stones of independent India.

In line with this philosophy, the country realised the need to have an indigenous automotive industry. Hindustan Motors and Premier Automobiles were the first to make motorcars in India in 1949.

In 1952, the government appointed the first Tariff Commission, and in 1953, acting on the recommendations of the Tariff Commission, it terminated the activities of automobile assemblers who did not have any manufacturing programme. This was to restrict the then limited market only to those companies which had a genuine programme for phased manufacture. In 1954, General Motors and Ford – two of the largest exporters to India – decided to down their shutters rather than set up a base in the country. The license raj proved to be the greatest undoing of the Indian automotive industry.

In 1960, when the Society of Indian Automobile Manufacturers (SIAM) was formed, overall industry sales were less than the monthly sales of a company like Hyundai Motor India today. A total of 24,207 passenger vehicles, which included 5,270 'Jeeps' and 18,937 cars, were sold that year. Compare that with 222,368 passenger vehicles sold by car manufacturers in the domestic market in July 2015 alone!

With the turn of the decade in 1970, companies had sold as many as 9,000 utility vehicles and around 36,000 passenger cars. Cars were still meant for the elite and while Jeeps were largely used by government machinery, demand was increasing. The popularity of Bollywood movies and emergence of India’s first superstar Rajesh Khanna, who preferred to drive Jeeps quite frequently in his films, proved to be one of the biggest advertisers for motor vehicles in India.

For the next five years, sales improved consistently with some significant landmarks like 50,000 sales in 1972, but then followed the darkest chapter for the world’s largest democracy in the form of the Emergency in 1975.

As the then prime minister Indira Gandhi brought out a slew of constitutional amendments that threatened the foundation of Indian democracy, the automobile industry felt a direct jolt. With consumer sentiment severely down, vehicle sales in India fell to as low as 31,000 units. It was only in 1977, when the Emergency ended, that normalcy returned and sales went up close to 50,000 units.

The 1980s were probably the most important decade in the Indian automotive history and set the foundation of the modern industry as we know it. A series of liberal changes were rapidly introduced in the country marking a crucial turning point for the automobile industry. This period saw the birth of multiple Indo-Japanese two-wheeler partnerships as well as the start of Maruti Udyog (now Maruti Suzuki) that literally put India on wheels.

In 1983, the government formed Maruti Udyog Ltd as a joint venture between Japan’s Suzuki with a 74% stake in the company. This was a revolutionary departure from previous restrictions, and ushered in a wave of technological advancements and practices the Indian industry had never seen.

It was also during this period India saw the first example of a ‘modern’ scooter in the form of the gearless Kinetic Honda, which made Indians take a different look at the two-wheeled machine. However, Bajaj Auto continued its dominance in the segment, with its Chetak and Super. Long waiting periods and a premium price were the norm if you sought to buy a vehicle at the time. 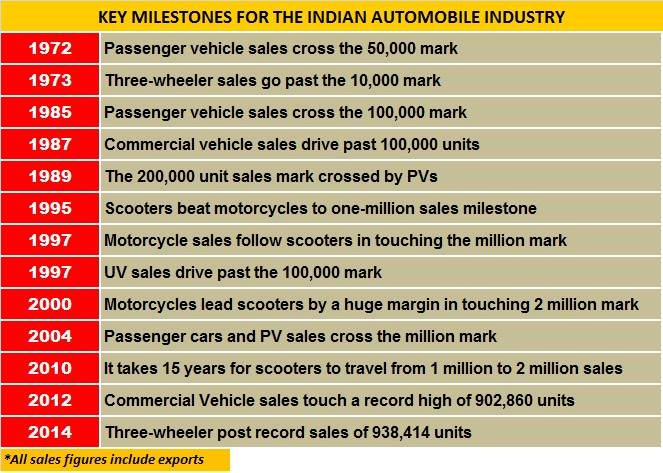 The 1990s marked the true influx of modernisation and globalisation in India as the country opened its doors to the world on the economic front.

With the goal of making the economy more market-oriented and expanding the role of private and foreign investment, the then finance minister Manmohan Singh took up the mantle to initiate economic liberalisation in the country in 1991.

From 216,054 vehicles sold in 1990, the industry saw a massive ramp up in production capacities and with consumers willing to spend more, sales of automobiles skyrocketed in the country.

The information technology revolution, which changed fortunes of many a million, laid the foundation for a strong middle class in the country.  And with the emergence of an educated and young population,l the increased need for easy mobility fueled two-wheeler demand.

The decade marked important landmarks for two-wheelers as scooter sales crossed the million mark for the first time in 1995, while motorcycles achieved the same feat in 1997.

It also marked the shift in customer preference from scooters to motorcycles, as is evident from the fact that after crossing the 1-million unit mark in 1997, it took just three years for motorcycle sales to double in 2000, while scooter sales crossed this mark a decade later. Royal Enfield Bullets, which have been the mainstay of the police and armed forces over the years, today enjoy a cult following, thanks to modernisation of the product, capacity expansion and a demand for the blast from the past. (Pic below courtesy: Press Information Bureau) 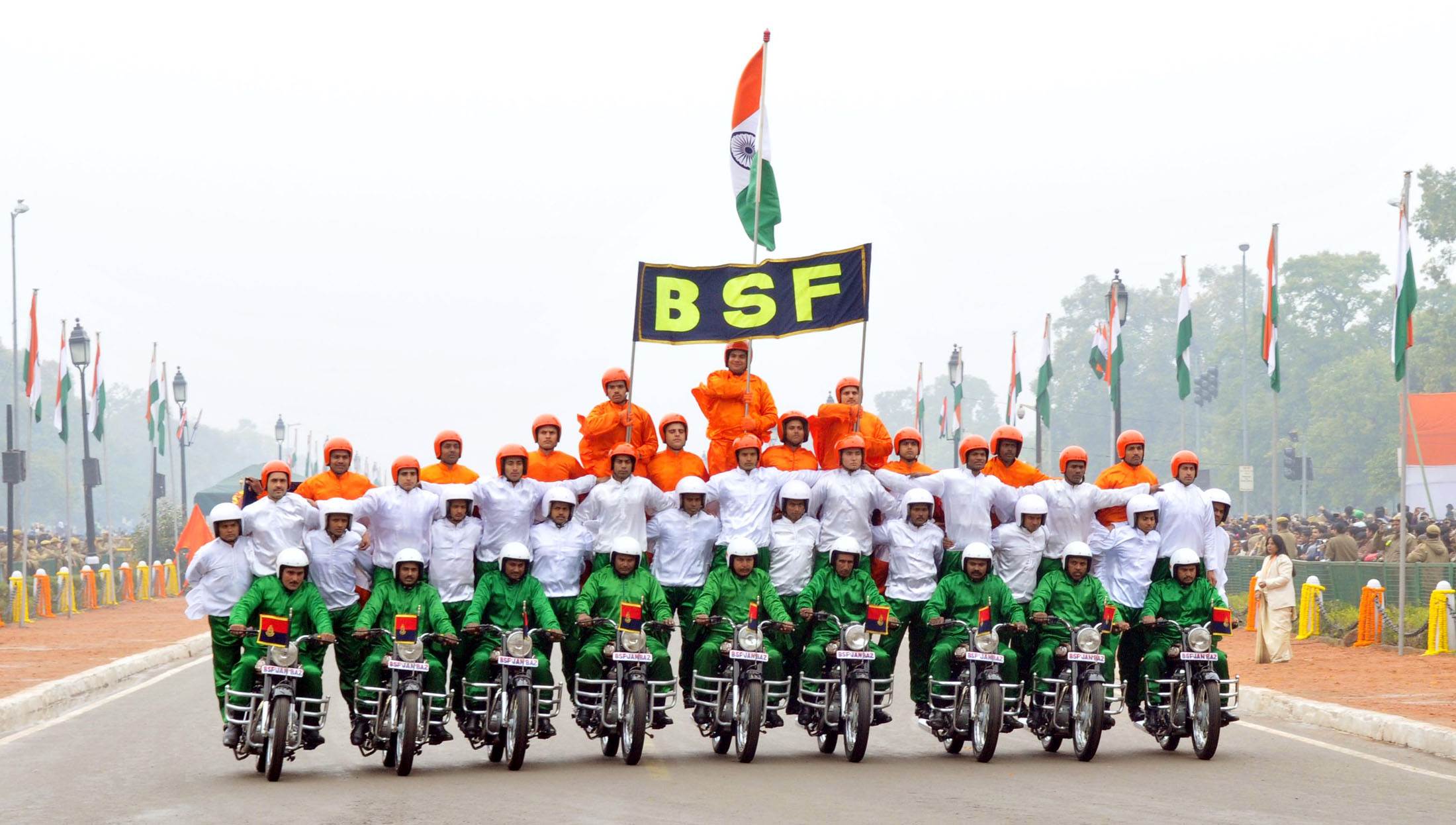 The Indian auto industry welcomed the turn of the millennium by crossing the 5-million sales mark in 2001. Even as Korean giant Hyundai set its base in the country in 1998, it was in this decade the company marked its entry into the country with the success of the Santro hatchback.

Among notable landmarks for the industry, the country saw the birth of the world’s most affordable car — the innovative Tata Nano. While it did not fare as well as the company expected, the fact that an automaker achieved the feat of making a car which costs less than $2,000 does make for a proud Made In India story that made global industry stand up and take notice.

Interestingly, the global recession which crippled the most powerful economies ushered in a short slowdown, but Indian industry bounced back relatively fast and sales grew from strength to strength.

The current decade did not start on a strong note for the Indian auto industry with the slowdown in key commercial vehicles and passenger vehicle segments.

This period also witnesses some interesting developments like the re-birth of brand Datsun, start of business in the country by iconic motorcycle brands like Triumph Motorcycles and Harley-Davidson. It is also at the turn of this decade, we saw the resurgence of scooters in the country, with hordes of new players entering the segment and trying to challenge the might of Honda.

As we publish this feature, the Indian automobile industry is witnessing a resurgence if the July 2015 sales numbers are any indication. The mid- to long-term growth story of India continues to be attractive to automakers and suppliers globally. In a fast-changing global automotive landscape, India's tryst with the automotive sector is set to remain attactive.