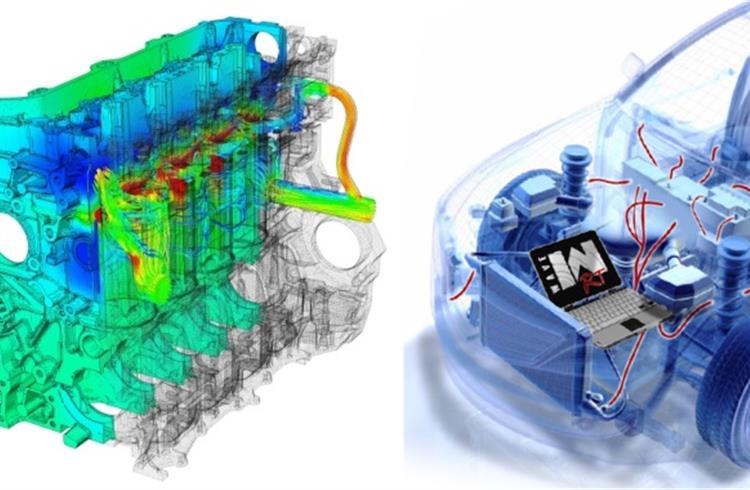 Ricardo Software, which is globally recognised for its real-time simulation competencies in powertrain development, sees the upcoming legislative norms, primarily the implementation of BS VI emission standards along with the focus on real-world fuel consumption, as a bagful of opportunities.

While the company’s software arm was set up in India in 2013, its sister concern – Delhi-based Ricardo India, a wholly owned subsidiary of Ricardo plc – has been operating since 2007, providing technical consulting services to all major OEMs in India.

In the past three years, Ricardo Software has developed its own brand equity with major vehicle manufacturers as well as suppliers of critical components in India. Many of these component suppliers are the manufacturers of pistons, piston rings, cylinder blocks and valves among others.

As the countdown to 2020 has begun, the automotive industry in India (including the supplier value chain) and across the world has already started work towards meeting the new emission and safety deadlines of one of the largest automotive markets globally. Industry veterans say that for achieving BS VI-compliant powertrains, the automotive supplier fraternity will play an equally important role as the OEMs, if not more.

The software simulation companies, as understood, stand at the forefront of the product design, development, prototyping and validation process, more significantly when the development time is limited to four years.

Ricardo Software is increasingly engaging with the critical members in the value chain, educating and helping them develop efficient products in line with the stiff mandatory requirements. 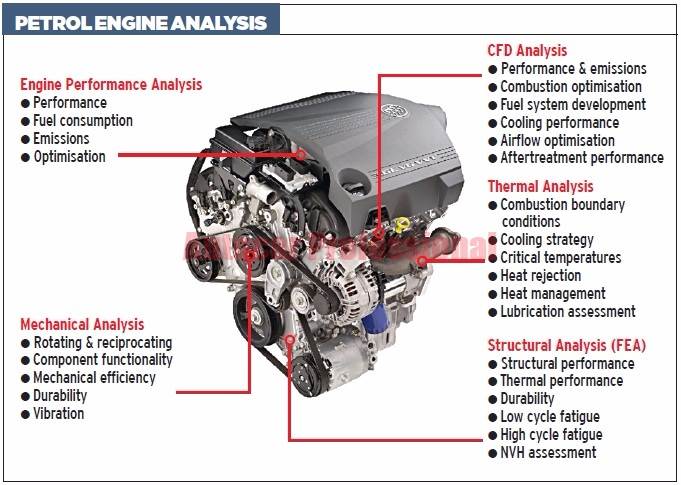 Explaining the conventional practices followed by companies in India in their respective product development departments, Yogesh Umbarkar, vice-president, Ricardo Software (India) says: “Typically, CAE tasks are split into three isolated departments – CFD (responsible for all tasks related to computational fluid dynamics), FEA (accountable for analysis of finite elements revealing how a product will react to real-world forces) and mechanical. While these three departments lack apt communication and co-development, conservatively there are separate budgets. We call this as silo setup and it heavily impacts efficiency and quality. We often witness different datasets for identical problems. However, today’s engineering challenges demand high level of collaboration among the three departments in order to achieve the development of high-quality results in minimum time frame.”

“Strong interaction of CAE functions promotes efficient workflows and faster analysis and data consistency. The CAE tasks also involve engaging the Tier 1 component suppliers under its umbrella of activities, removing potential redundancies that may seep in during the later stages of product development. Ricardo’s products and processes promote the interaction between the three departments for best results. Advanced multi-discipline workflows and processes can be defined by Ricardo Software using its application engineering service, which exploits the benefits of the toolchain in a reliable manner. This results in a faster turnaround time,” states Umbarkar.

An example that explains why the interaction between the three disciplines is crucial could be the development and simulation of the cylinder block. While designing the cylinder block, the efficiency of coolant jacket is simulated, which is performed by the fluid dynamics (CFD) team.

“That data has to be shared with the structural experts, who will then evaluate how much heat, pressure, vibration and harshness the metal (of engine block) can handle. The final engine block should be efficient in terms of all possible real world operating factors,” explains Umbarkar.

According to the senior company official, a real-world example of successful exploitation of Ricardo’s multi-discipline CAE processes is the development of the popular McLaren 3.8-litre V8 engine, which had a quick development timeline of 18 months from start of program to engine series production.

According to a company document, the development of that complex engine included complete redesign of valvetrain, cylinder head, liner, crankcase, sump, intake manifold, cooling system, sound quality technology and many other areas.

As is known, the implementation of BS VI emission norms from 2020 will ensure the development of increasingly complex powertrain systems. Ricardo officials say that this will demand an integrated and flexible modelling environment across the engine development teams. The company offers several specialist tools such as Wave, Ignite, Engdyn, Pisdyn, Valdyn, Vectis and many others, which will increasingly gain importance as the critical component suppliers and OEMs gear up for the stringent emission norms.

“Let’s consider an example of warm-up modelling. In cold weather conditions, the engine takes time in igniting. While igniting, the quantity of smoke and other emissions is high. The quicker the engine warms up, the better it is in terms of efficient fuel burning, efficient combustion and reduced emissions. This functionality can be optimised through Wave and Ignite solutions,” says Umbarkar, explaining one of the several functionalities. 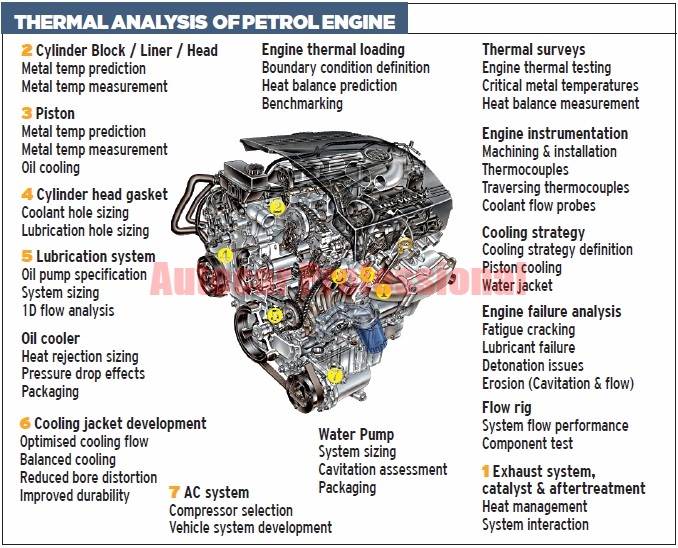 Similarly, friction is another functionality wherein piston rubbing inside the cylinder liner surface is simulated. While metal-to-metal contact leads to friction, it is understood that more friction results into more power loss. Citing this example, Umbarkar elaborates: “In passenger cars, inefficient engines lose around 7-8bhp in their power output. This means that to attain the desired power output, more fuel will have to be injected into the combustion chamber than what ideally should be. This will result into burning of more fuel, and hence more emissions. Friction also results into engine’s thermal and mechanical inefficiencies. Integrated modelling using Pisdyn, Valdyn, Engdyn and Ringpak can optimise this functionality. Wave and Vectis are also crucial tools from the perspective of achieving desired engine emissions.”

This integrated and flexible approach (of using several tools together to achieve best-in-class results) is also called application engineering.

According to the company, Ricardo’s application engineering (AE) service caters to two primary requirements – helping customers improve their developments in CAE and execution of small simulation projects using its tools. The company provides this (AE) service to help its software licensees maximise the results.

According to Ricardo, Tata Motors plans to further expand application of its simulation software to include co-simulation for advanced thermal and NVH applications. While this is one promising example, it would be interesting to see how openly OEMs and Tier 1 suppliers embrace Ricardo’s software solutions and application engineering approach over the coming four years of development cycles.

You may like: Ricardo single-cylinder research engine to support DFCV in ongoing R&D