The Oragadam plant uses wind-derived energy for 27 percent of its power needs and hence considered one of the most efficient plants. 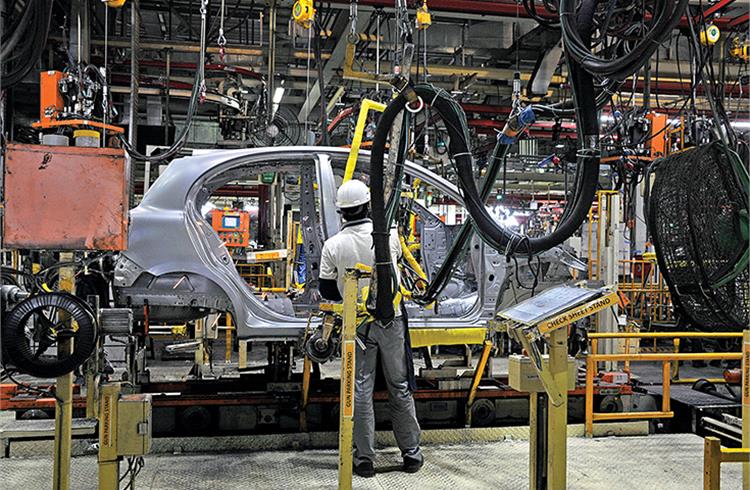 The manufacturing sector in India, not surprisingly, is the largest consumer of commercial energy in India. In producing about a fifth of India's GDP, this sector, of which automotive is one of the major pillars, consumes about half the commercial energy available.

Targeting sustainable growth, automakers are taking the necessary steps to improve their resource consumption and meet their renewable energy goals. India Auto Inc is continuously targeting energy optimisation by using renewable energy both to meet the growing needs for power at their manufacturing plants as also to reduce costs. Studies suggest the energy intensity of Indian manufacturing industries is among the highest in the world. Hence, reducing the energy intensity of Indian manufacturing industry is one of the sustainability challenges.

The Renault-Nissan Alliance factory at Oragadam, near Chennai, India – the first dedicated Alliance facility in which Nissans and Renaults are made side-by-side – is a modern and highly efficient plant producing quality cars. It is also one of India’s safest and most eco-friendly friendly factories.

Renault Nissan Automotive India (RNAIPL), one of India’s global automakers, is looking to achieve higher energy efficiency at its integrated plant by adopting several steps targeted at sustainability across various operations. RNAIPL is well aligned with Nissan’s global environment philosophy of ‘a symbiosis of people, vehicles, and nature’. The company is working to address environmental challenges and create a pathway towards energy sustainability.

The Chennai plant is additionally compliant with Nissan’s global practices like Nissan Energy Saving Collaboration (NESCO) and Engineering Standard Expense Ratio (ESER) and receives regular audits across several sustainability criteria. The deployment of these best practices has brought down energy use per car by 42 percent in the past eight years. 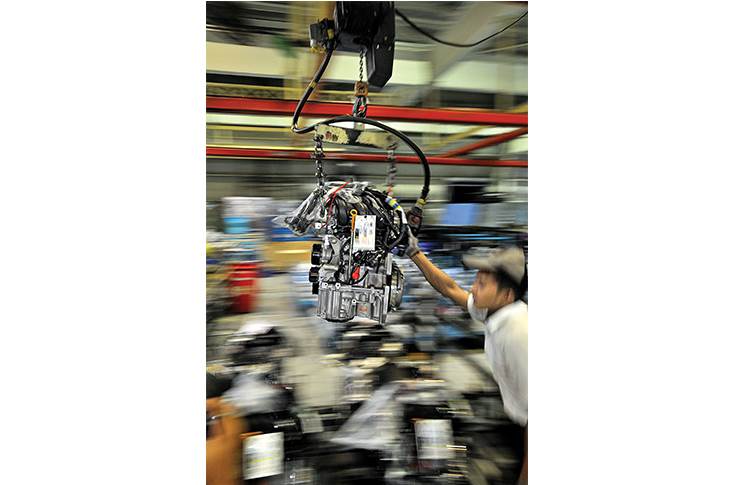 RNAIPL’s energy saving initiatives have brought down the energy consumed per vehicle from 2.03 Gigajoules in 2017, to 1.77 Gigajoules per car today.

One of RNAIPL’s most significant steps towards energy sustainability was the transition towards wind energy, which now powers 27 percent of all the plant's energy needs. As a result of these practices, the RNAIPL unit has emerged as the most energy efficient plant in the AMI (Africa, Middle East, and India) region, and is among the top five plants across Nissan facilities worldwide.

“RNAIPL is constantly assessing opportunities to use a wide variety of renewable energy sources. Renewable energy is the best way of mitigating the impact of climate change, and the company has established certain goals for the coming years and is constantly working to outdo our own standards. RNAIPL has so far reduced its carbon emission from 0.572 tonne per car in FY2010 to 0.241 tonne per car in FY2017," said MacDonald.

RNAIPL has launched a number of initiatives for energy conservation while optimising start-up timings. Energy coordinators on each shopfloor have conceptualised and executed pilot-runs, with the aim of creating a repository of best practices. RNAIPL’s energy savings initiatives have brought down energy consumed per vehicle from 2.03 Gigajoules in 2017, to 1.77 Gigajoules per car today.

In the future, energy will become more expensive, and hence RNAIPL is already following smart practices to make economical and efficient use of energy and is looking at increasing the scope of alternative energy. In 2012, a team was formed to regulate energy consumption and follow a practice of carrying out monthly audits. Within the same year, 10 zero energy days were adopted, wherein annually 10 days, either Sundays or government holidays, were chosen; Also,  between 6am to 6pm, all energy sources are switched off at the plant and only emergency supplies are running.

Apart from this, various energy saving projects, like installation of the heat pump to alternate electric heaters, variable frequency drives to optimise equipment speed, LED lighting and an intelligent flow controller for compressed air have also been initiated over the past six years.

Besides RNAIPL’s internal mechanisms, some global practices were also followed, to economise energy use. The Nissan Energy Saving Collaboration (NESCO) Diagnosis team was set up three years ago to look at the various facilities available at RNAIPL and to suggest improvements to reduce energy use and thereby reduce CO2 emissions. The team identifies energy flow which is valuable for the product and suggests countermeasures to reduce loss.

Another global Nissan practice – Engineering Standard Expense Ratio Improvements (ESER) – is followed which helps in breaking down of energy use for each process in each shop into measurable units. The activity focuses on comparing the actual with plant design standards, based on Nissan’s Global Emission Standards, and helps reduce the energy consumption of those specific processes which consume beyond the global standards.

Globally and in India, companies are always allocating capital to revenue generating assets, with limited capital available to invest in sustainability projects. Despite this challenge, the automotive industry is trying to make the best use of the most important resource – energy – with a mix of renewable source and internal measures, for the longer-term sustainable growth of the automotive industry. All laudable efforts aimed at saving Planet Earth.