Managing Director, Vikram Mohan, is keen that the new entity brings out the best in creativity while discussing the roadmap for Pricol 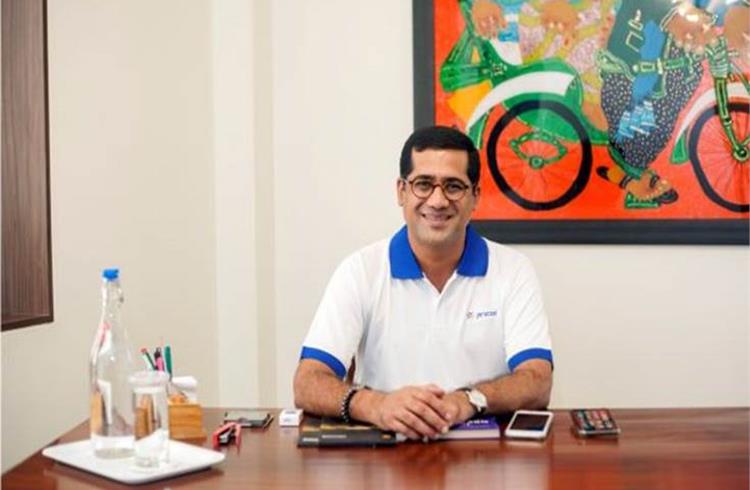 When Vikram Mohan drives home the point that Pricol is becoming more of a system/technology company and less of a product company, he is only reminding you of the massive changes that are underway.

For the Managing Director of the Coimbatore-based auto component maker, it is more important at this point in time to focus on those businesses that are profitable. It is also in this backdrop that the recent move by Pricol to acquire land for an all-new technology centre becomes relevant to this objective.

Scheduled to become operational in the next two to three years, it is intended to be truly world-class. The initiative was also a result of the high levels of attrition within Pricol’s technology business which at one point reached 37 percent. The reasons can be traced back to the manufacturing ecosystem within the mother plant in Coimbatore which houses a tech centre.

As he puts it, “We were becoming more of a training rather than a technology centre.” If Pricol ends up hiring a handful of graduates from campuses, half of them would typically go into the Engineering and Technology Group (ETG) while the balance would be split between production, materials and quality.

The problem here is that “the guy in ETG” ended up with a salary that was twice as much as the others in four years which, in turn, created a big imbalance in the ecosystem. “Within one plant, I cannot have differential salary structures with someone on the shop floor working near a furnace while the other sits in complete air-conditioned comfort elsewhere,” says Mohan.

This clearly had to be remedied quickly. “We decided to move this (technology) into a separate division of the company where the compensation benefits are different along with flexible working hours. This new centre also had to be closer to the city since these kids love pizzas, McDonald’s and what have you,” he quips.

None of this is available in the present factory location which is 30 kilometres from the city. Further, the new tech centre will house gyms and sports facilities making it more vibrant. Today, Pricol is one single entity but beginning April or thereabouts, the process of carving up the entity will kick off in earnest where each of the businesses will end up with separate ownership patterns.

Engineering services
This simply means that “you cannot have one technology centre”. Hence, it will also be carved out as an independent cost centre which will do work for each of these JVs on a cost plus basis.  “We will run it more as an engineering services company rather than manufacturing. That is the thought process…we have bought land just outside the city of Coimbatore,” says Mohan.

There are, of course, malls nearby to satiate the needs of the people working here and it is his dream to call it the Tech Farm. “People need to commune with nature…creativity is best when you are not boxed into an office and we want trees coming into the office with entertainment…youngsters want a better work-life balance,” he adds.

With the transition underway to becoming more of a technology company, the Pricol chief points out that the pace of change is rapid unlike operating a casting or foundry. Today, the name of the game is assembling parts coming from elsewhere which means the capital intensity to manufacture is not there any longer. Yet, this is offset by the 800 white-collar employees at Pricol of which 320 are from technology.

“In terms of my salaries, 60 percent of our white-collar wage bill comes from technology while 4.8 percent of revenue gets into technology. We are at the forefront and will be even more technology-driven,” says Mohan. Beyond the JVs, Pricol already has six outsourced partners in areas like chip/industrial design and this number will go up to nearly 10 going forward as part of the drive to increase the engagement with specialist firms.

Enhancing productivity
In the brick-and-mortar space, the company has 250 suppliers for its various plants and has hired a new head for materials to prune this to 65. This reduced pool will be termed supplier chain partners who will bond closer with Pricol to enhance their productivity. The transition will hopefully be complete by September this year by which time there will be a robust and smaller supplier base albeit with higher value from each person to make the chain a lot stronger.

Training is another focus area and this will be through a centre called Gurukul where employees will be taught to improve their skills to cope with the changes now underway. On the leadership front, Mohan carried out a rejig of the senior management team to fit in with the roadmap for the future. “We have identified a core group of 28 people who will deliver results across functions,” he says.

For Pricol, the priority is to spend on technology while constantly paring down debt. “I am pretty confident that by December 2022, we will be debt-free,” he says. The worst case scenario could be March 2023 if the slowdown continues or the war in Ukraine just ends up derailing the global economy thanks to high oil and raw material prices.

With the current product mix, Pricol’s turnover could be anywhere between Rs 2,200 crore and 2,400 crore for the capacity that was created in FY ’20. Once the company crosses the Rs 2,400 crore mark, it plans to go for a major round of capital infusion both in terms of product, process and capex.

“We have clearly zeroed in on the three main areas we want to focus: sensing, display and actuation,” he adds. At present, Pricol has a very small portfolio of sensors restricted to about six or seven and is keen on growing this to about 20-odd sensors.

As for driver information systems (DIS), the company’s market share is at an all-time high and “we will continue to have it at a high” because there is a sufficient pipeline of new businesses in place for the next couple of years. The value per DIS has jumped from Rs 300 about a decade earlier to about Rs 1,200 today and will automatically go up to Rs 1,800-2,000 in the next three years.

“So even if the industry remains flat, our topline will keep growing without significant investment in capacity and more only in technology,” says Mohan. In today’s two-wheelers, the focus is on performance, styling and, more importantly, the DIS or the human machine interface which will get richer and more feature-driven. In this backdrop, Pricol will “naturally go up the value chain in an area where we have a strong market share and technology roadmap”.

With all businesses coming through JVs and tech collaborations, the topline is expected to grow by Rs 1,800 crore to Rs 4,200 crore by 2025. This will entail an investment of Rs 500 crore both in capacity expansion and technology development. For every rupee invested, turnover will be four times as much.

JV and technology route
“We have decided to go through JVs and the technology route for our verticals rather than acquisitions,” says Mohan. However, there was an acquisition made in the wiping systems business where a bulk was sold last year with a small India piece remaining.

This has now staged a turnaround and become debt-free but “we lack the technology for the next generation of wipers”. Hence, the options available are either to dilute equity and bring in a technology partner seeking manufacturing capacity in India.