EVs face a slew of challenges including thermal runaway and the need for safe batteries. Pluss says it has the answers. 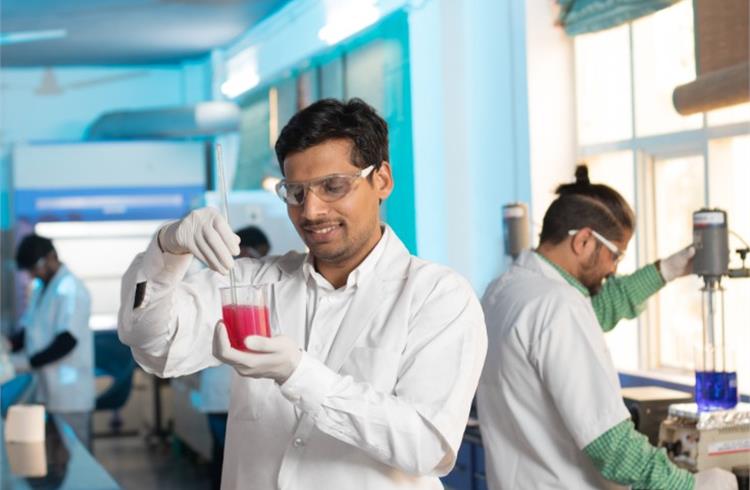 Pluss Advanced Technologies (Pluss), promoted by Carborundum Universal (CUMI, part of the Murugappa Group) is working on a solution to tackle thermal runaway and is confident that it has the answer to the problem. The materials research and manufacturing company is working in the phase change materials (PCMs) for thermal energy storage and speciality polymeric additives for enhancing polymer properties. Its solution could help the EV industry that is trying to cope and understand issues such as thermal management and storage chemistries. In an email interaction with Autocar Professional, Samit Jain, managing director, Pluss Advanced Technologies gave some insight into the company’s product offering. “Lithium-ion batteries are widely used in electric two-, three- and four-wheelers, with varied power capacities ranging from 1 kWh to 5 kWh for two-wheelers and more than 5kWh for three-wheelers. Since the electrochemistry of lithium-ion batteries is temperature-sensitive, an improper control of thermal conditions in battery applications can result in several issues. Depending on the charge/discharge rates, ambient environment, and battery engineering, heat dissipation rates can typically range from 5W to 100 W per commercial battery pack.”

He further goes on to explain that prolonged exposure of lithium-ion batteries to ambient temperatures higher than 45 degree Celsius, can result in performance loss and reduced output. Battery packs, when not thermally well managed to operate within safe temperature limits, can lead to ‘thermal runaway’ of cells.

The increase in reaction kinetics at higher temperatures (typically more than 45 degree C) can sometimes lead to uncontrolled exothermic reactions within the battery, leading to accelerated heat generation and even perhaps an explosion.

Even moderate overcharging, in his view, can lead to high temperatures that cause in homogeneity in the electrolytic composition, leading to short circuits. This results towards decrease in battery pack life drastically when used consistently at high temperatures.

Building solutions
Pluss Advanced is building its solution on the basis of insights drawn from its work with the cold-chain industry over five years and coming up with innovative ways that enable sustainable temperature-controlled solutions. Two of the successful solutions then developed, Jain said, were electric refrigeration units coupled with thermal energy storage on reefers, and small to medium-sized shipper boxes for last-mile delivery.

Now, as India’s auto sector makes its transition to electric, a key challenges is to work around tight costs. Compared to the developed markets, the price-sensitive nature of the Indian market, especially in the mass- market segment requires a solution that provides reliability and safety at affordable costs.

This is where on-going research at Pluss could help arrive at a solution. Pluss Advanced’s ‘Phase Change Materials’ (PCMs) can be used as passive cooling solutions in the form of either casings or covers, for battery thermal management. These are advanced thermal energy storage materials that act as thermal batteries and can store and release large amounts of thermal energy keeping the temperature constant at a specific point, not necessarily at 0 degree Celsius as is the case with gel/ice packs.

In terms of key benefits of using PCMs to maintain temperature of EV batteries, they include precise temperature maintenance, operationally sustainable and cost-effectiveness as compared to mechanical forced cooling or liquid cooling.

Expansion plans to meet target capacity addition
Pluss is already at an advanced prototyping stage and is currently catering to small volumes to customers including two-wheeler and battery pack makers. But Jain says any expansion in production capacity would be gradual as customisation levels are high and it is imperative that changes be anticipated in advance. The company has set a target to meet capacity based on electric two-wheelers demand which could be as high as servicing 200,000 units annually by 2023.

As Jain puts it, “Pluss’ range of PCMs (from minus 65 degrees Celsius to plus 89 degree Celsius) allows one to successfully maintain temperature at different points. These PCMs are safe, non-hazardous and tested for over 3,000 cycles of use. We can provide optimal temperature control for different battery pack and EV manufacturers, with PCMs customised as per each auto model’s specifications."

He explains that PCM are basically substances which stores large amounts of energy in form of latent heat at constant temperature. An example of such a material, he cites the properties of water, which changes phase from liquid to solid at 0 degrees. When solidified, water can be put in a glass at room temperature, where it absorbs heat and changes its phase again while cooling the water in the glass. The process is repeatable over a substantial number of cycles. Similarly, this phenomenon can be used to maintain a constant temperature. "PCMs are one of the most effective mediums of thermal energy storage as they are highly cost effective, stable and environment friendly," said Jain. 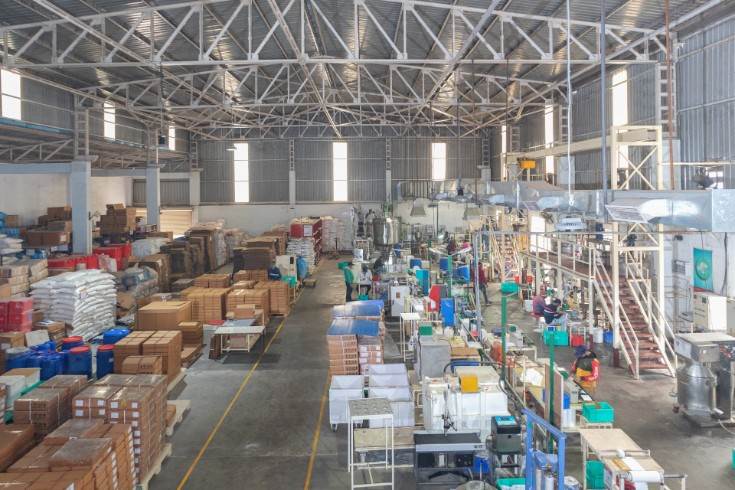 Describing PCMs as thermal battery, he says the common function of the material is to delay thermal excursion beyond a designed temperature limit to achieve prevention of thermal runaway, increase in vehicle mileage and performance of the li-ion cells and the prevention of stress on the Lithium-ion cells during acceleration which enables higher vehicle performance. Jain says his company has helped companies delay the duration of thermal excursion by 50 percent.

Pluss is, at present is working with a slew of electric two-wheeler manufacturers and battery pack integrators, as the USP of the PCM is the ability to passively cool the battery without adding much weight. For example, on an average, the PCM component weight itself does not exceed over an average 2kg which works out to less than 3 percent of the overall weight of the scooter or bike.

Four-wheeler use-cases
Explaining the potential of PCM, Jain says it has benefit not just for smaller vehicles. In fact, the company is also exploring feasibility of PCMs in large and heavy motor vehicles also, wherein it could be used in conjunction with an active cooling system. As he says, active cooling systems in large vehicles, such as a sedan, consumes about 10 percent of the electric battery power, which can actually be used to increase the range of the vehicle. The PCMs can also help reduce the refrigeration capacity and the component weight.

The conversation now moves to the potential use case of PCM in the e-two-wheeler segment, given the recent incidents of e-scooters catching fire. In his view, Jain says, "Improper heat management, inadequate testing in an apparent eagerness to launch, non-availability of standards for batteries and lack of failsafe measures are likely reasons of such incidents.”

Jain adds that a lithium-ion battery could run into a ‘thermal runaway’ due to over-heating and it could lead to uncontrolled chain reaction across all cells. Here’s where PCM can prevent the battery from reaching such undesirable temperatures by absorbing the heat generated and dissipating it. Therefore, as Jain says, “An ideal PCM needs to have a balance of thermal storage capacity and being highly conductive."

Lithium-ion batteries incorporating PCM have seen the highest battery temperature observed to be 46 degree Celsius, as compared to 75 degree celsius in a normal battery. The battery capacity was higher by 22-24 percent, at "ambient" and "higher ambient temperatures.”

From a technical point of view, the BMS can be integrated with the PCMs to get feedback on the heat dissipation rate. “Data generated can be used to improve performance of the system and not just reduce the risk but completely fool-proof the system by preventing the heat levels from reaching the stage at which failure occurs," Jain adds saying that PCM could ideally become a potential choice for EV and battery manufacturers.

Jain believes that automotive companies have been really proactive in seeking passive solutions whether it is for BMS or for refrigeration. But it is important that enough time is taken in testing and prototyping before ramping up any new technology. "We take cognisance of this and are patient in our adoption. Pluss is open to co-development, and our dedicated team is working on specialised solutions for the future," says an optimistic Jain.

The feature was published in Autocar Professional's  May 15, 2022 issue.