Passenger car market all set to scale new peaks in 2022

Firing on all cylinders and on the back of strong need for personal mobility and improved chip supplies, the Indian car market is set to hit a new peak of 3.8 million units in the calendar year 2022. 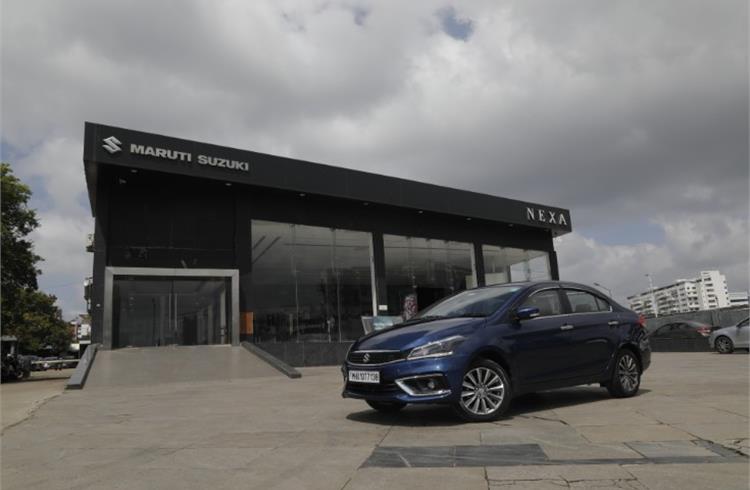 It’s a wish list that every business would want to have and this will be the second consecutive year of double-digit growth posted by the industry in more than decade fueled by the pent up demand. As the Indian economy steadily got back to normalcy after two years of disruption on account of Covid and supply chain disruption, the momentum continues upward.

The volumes in the current calendar year will surpass the previous high of 3.38 million units sold in the country in 2018. Rising incomes and low interest rates meant more and more Indians drove home their dream car this year. Sustained demand for personal mobility was fuelled by over three dozen new model interventions during the year.

Shashank Srivastava, Senior Executive Director, Sales and Marketing at Maruti Suzuki told Autocar Professional, the healthy growth in 2022 was led by an accumulated demand of few years that was created due to limited supplies and revival in the economic growth.

"The production was lagging behind demand for most part of the last two calendar years, therefore when the production increased due to better semi-conductor availability, you could see a consistent improvement in monthly sales. It has been a very healthy year for the industry from a volume growth perspective, breaking many records," added Srivastava.

Covid-induced pandemic triggered a significant shift away from the public and shared mobility to a need for a personal mobility that created sizable demand from millions of Indians.

Covid spurred digital growth
Given the overnight shutdown and staggered re-opening of the market, the post Covid era also gave rise to the increasing role of digitisation right from enquiries to actual closing of purchase. The facet that was just an enabler to bring the customer back in 2020, it has today become a leading access or entry point for brand to close sales. Currently, market leader Maruti Suzuki not only secures majority of its leads digitally, but it uses the online platform in facilitating the closure of finance and insurance needs.

A record breaking year
During the early part of the year, the cumulative booking had surpassed one million, with waiting period running into 6-12 months. As the supplies improved, so did the dispatches. This meant for the 11 months in a row, the monthly sales were in excess of 2.9 lakh units.

It will be for the first time ever in more than a decade, seven out of 12 car brands in the country are likely to post their highest ever sales in a year.

India is the fastest growing market amongst the top 10 markets globally and the only market to have registered a strong double-digit growth for two years in a row.

For new brands like Kia Motors, India already accounts of over 10 percent of their global sales and the base has already broken into top three to five markets.

“The commencement of the third shift at its Anantapur Plant earlier this year and the gradually improving supply chain has also helped us streamline the delivery period and meet our customers' expectations,” said Sohn.

Not only did the vehicle makers post record sales, but even the average are prices are moving closer to Rs 10 lakh in the country.

And this growth was despite consistent increase in vehicle prices. High commodity price and increased regulatory cost have pushed the vehicle prices upwards.

There was softness in demand for entry cars due to an overhang of Covid-19 impact on the bottom end of the pyramid, however significant bounce back in economic activity meant that the middle class incomes grew and they were willing to pay to cough up extra money for compact and mid-size SUVs – which was witnessing frenzied demand.

SUVs overtake humble hatchbacks, as replacement cycle kicks in
The share of SUV in the overall passenger vehicle market is expected to cross 42 percent for the calendar year making it the biggest segment this year overtaking humble hatchbacks, whose share has dropped to 35 percent.

The higher share of SUV was also supported by the entry of Tata Motors Punch at the entry level, market leader Maruti Suzuki’s entry into the core of the mid-size SUV segment, even as Mahindra continued to up the ante on the premium
SUV space.

With prospective buyers deferring car purchase during the peak of Covid-19 pandemic, the car replacement cycle had got prolonged.

In 2020 and 2021, the share of car replacement in the total passenger vehicle sales had come down to 16-17 percent of the overall market dropping from the peak of 25-26 percent during pre-Covid timeframe.

This year the replacement cycle too is approaching the normal levels and is likely to contribute about 24 percent of the overall sales in 2022, says Srivastava, this is also offering heft to the demand in the marketplace.

Buoyant festive season
Sustained improvement in supplies meant, there was an adequate dealer stock preceding the festive season and a record 1.2 million vehicles were retailed during the peak festivities of August to October.

There were fears of market slowing post festivities, but the wedding season and improved rural incomes have ensured that the booking and demand momentum continued.  The industry is still sitting on an order backlog of over 7.5 lakh units, with the market leader accounting for almost half of this order backlog.

Rising energy prices globally has posed a significant inflationary challenge, especially in Europe. But Vangaal says the Indian government has managed the challenges well.  While the fuel prices have exceeded over Rs 100 in most parts of the country, increased sourcing of fuel from Russia almost to the tune of almost 25 percent of its import requirement has ensured the inflationary challenges are contained well. During the year, there has been a fair shift in favour of cleaner fuels.

The higher price gap between petrol and CNG had triggered a significant shift in favour of CNG vehicles in the first half of 2022, however the Russia-Ukraine war pushed the gas prices higher — impacting sales of CNG vehicles in the second half. The share of electric vehicles too have doubled to 1.2 percent of the overall market led by Tata Motors and there has been an entry of strong hybrid vehicles from Japanese auto majors like Suzuki, Toyota and Honda as a cleaner alternative to diesel vehicles.

Headwinds and challenges
Srivastava, says the shift in favour of personal mobility and moving away from public transport still continues to drive demand, new model launches and the fourth consecutive normal monsoon will ensure sustenance in volume growth, however rising inflation and interest rates, shortage of parts and expected increase in cost to meet new regulatory changes may pose headwinds to the sector.

Srivastava believes the semiconductor issue is not yet resolved and it may still take a little while for things to get normalised.“The situation is still not very clear, which means the uncertainty may continue,” added Srivastava. To be sure, Maruti Suzuki had informed investors earlier in the month that the production for the month of December will be disrupted due to shortage of parts.

The booking momentum has sustained post festive seasons and the order book is still at 7.5 lakh units, however interestingly the stock at the dealerships is moving to normalcy.

“There is a mismatch between models in demand which do not have supply and models where the demand is not that strong but supplies have moved closer to normalcy, which is creating this unique situation of high order book and introduction of incentives to liquidate models,” says Srivastava.

From an inventory of a week to 10 days at the beginning of the calendar year, the stock at the dealership has moved to near normalcy of 35 days.Sohn says 2023 is going to be an exciting and challenging year at the same time, with real driving emission norms or RDE coming into effect from April 2023, there will be a surge in vehicle cost, especially for vehicles equipped with Diesel powertrains, which may impact sales.

This effect might push many consumers to buy pre-owned cars. And Kia on its part is expanding its pre-owned CPO outlets in the country.

“We expect good footfall at our Kia CPO outlets. In 2022, we are expanding our CPO network to 30 outlets and, in 2023, to 70 outlets. Overall, with gradual improvement in the supply chain, we expect healthy sales to continue in 2023, barring any unexpected macroeconomic shock. Hence, we remain cautious of dynamic market conditions,” added Sohn.Vangaal says the increased congestion and worsening pollution in Indian cities are some of the major challenges in front of the government and policymakers.

To control pollution, the government can impose an increased level of electrification in the market in terms of percentage sales or can strictly follow the scrappage policy.

“Other states can also follow similar standards as initiated by Delhi Government like GRAP (Graded Response Action Plan ) based on AQI levels while banning even the BS IV diesel vehicles which were even sold in 2020. This can pose a serious risk for ICE vehicles, while an opportunity for EV makers,” added Vangaal.

Growth to sustain
Despite these headwinds, the positive momentum is likely to sustain. A double digit growth will be hard to replicate, but a higher single digit growth is anticipated with significant orderbook and demand momentum sustaining.

Maruti Suzuki has already guided for a growth of eight percent volume growth in the next financial year. Ravi Bhatia, MD of Jato Dynamics India says while the Indian market is set to hit a new peak, it will remain on course for sustainable growth. "I don't see this trend reversing. The market is back to fundamentals of a growing economy supported by a growing middle class. We will see India breaking into the top three markets by 2023."

The price increase activity was unusual over the last few years and that is not likely to continue. "OEMs will be back to price management through incentives, some segments of the market have already started witnessing correction, it is likely to spread to most of the market," added Bhatia.