OEMS must focus on mental wellbeing 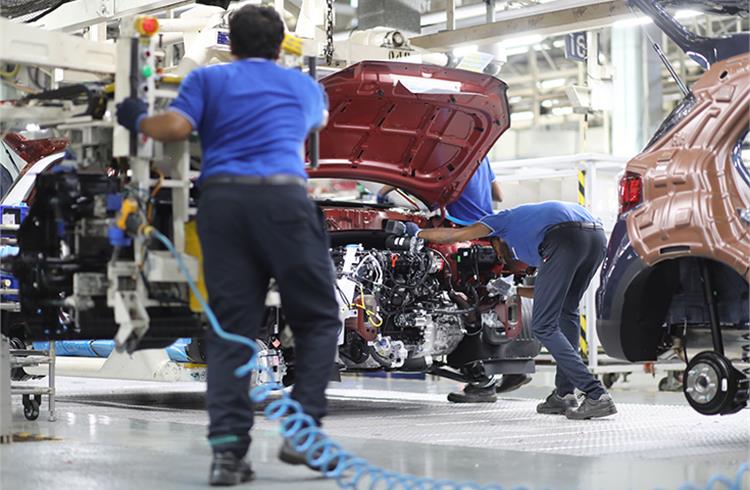 Even as OEMs and suppliers are beginning to adopt a rather empathetic attitude towards the mental wellbeing of their employees, leading psychiatrist Dr Harish Shetty rebuffs this notion. He believes most of it is being done at a superficial level and any real changes can be brought only through initiation of the right mental health policies. Most of the companies including the ones India Auto Inc lack such mental health policies, he adds.

Some of the key elements, Dr Shetty emphasizes, that need to be integrated into a company’s HR policies include encouraging employees to disclose at an early stage if they have mental problems, if any. The issue should be assessed objectively and assistance provided while maintaining confidentiality at all times. Further, the employee should be assured of assimilation into the work system in addition to being offered a revised role if she/he wants. "Most importantly, there should be no salary cuts," points out Shetty. "Lack of awareness brings lack of sympathy," he adds.

Recounting how the volatility in the automotive sector during the early months of pandemic led to thousands of job losses and salary cuts both at OEMs and suppliers in India, Shetty argues that most HR departments generally tend to offer 'band-aid' to the affected employees without going into the depth of the problem. While a few companies have begun taking assistance from external counselors/psychiatrists, the reality is that even today only a handful of them have such experts on board. "Even if it may sound very difficult, HR and management should train employees how to cope during the job loss by hand holding them," adds Shetty, but stresses that ironically the opposite happens as HR managers frequently seem to disappear at those times.

According to Shetty, the HR department whose primary functions include motivating people towards meeting organizational goals largely remain untrained to carry
out the critical handling of situations. Citing an example of HR mishandling, Shetty says a major corporate firm’s employee, who was diagnosed with a mania disorder, emailed an HR manager threatening to harm himself over a work-related issue. However, the HR management instead of hearing his side of the story, lodged a criminal complaint with the police and also forced him to resign immediately, further aggravating his mental condition. "Every communication with an employee should not be looked at from the legal

perspective," points out Shetty, explaining the core of business management – productivity increases when employees remain in the best of mental health.

Mental health experts say that the emergence of a new Covid-19 variant has once again increased anxiety levels and depression issues amongst employees. The problem is more acute in families with only one earning member or those bereaved during previous Covid-19 waves. Consequently, many of those impacted are witnessing symptoms
such as heightened irritability, anger, low self-esteem and increased consumption of alcohol amongst others. Highlighting the trend, Shetty opines that historically
after every disaster, addictions tend to increase. However, drugs remain uncommon amongst over-40-year-old employees and only those who were earlier addicted may in some cases seeincreasing impulse to restart.