With passenger cars turning into computers on wheels, they are also vulnerable to being hacked. This has created a huge business opportunity which NXP Semiconductors aims to capitalise on by providing a secure architecture framework to automakers. 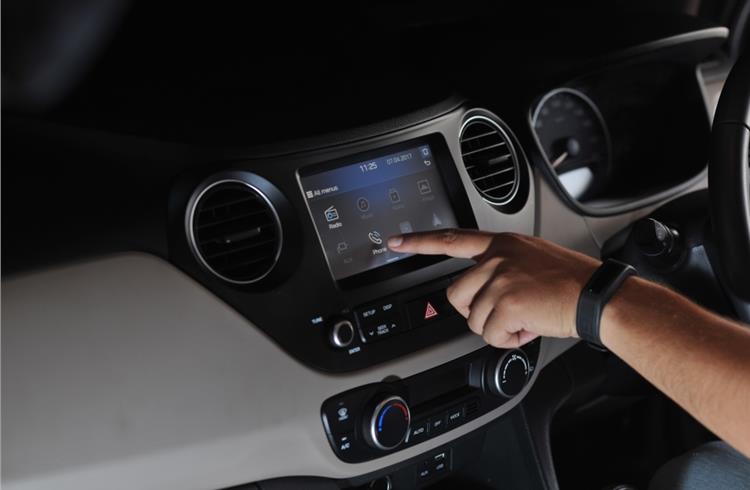 With vehicles speedily becoming computers on wheels through enhanced levels of connectivity, there is a growing demand for secure systems. NXP Semiconductors, the micro-controller arm spun off from Philips in 2005 and merged with Motorola’s Freescale in 2015, is focusing on providing a secure architecture framework through its semiconductor devices for OEMs to develop their highly contemporary electronic modules.

With mechanical systems witnessing rapid progression of electronic components into their backbone, the company finds its automotive business unit as being its primary driver, bringing in close to 40 percent of the overall global revenues. Following closely is the ‘connected and security’ business contributing 30 percent, with ‘digital networking’ which includes networking architecture solutions for wireless and high-speed connectivity companies like Cisco and Juniper holding on to the remaining share of the pie.

According to Sanjay Gupta, vice-president and India country manager, NXP Semiconductors India, “Auto electronics has been growing and developing organically from the ground up and the need for a secure ecosystem is an absolute must to protect these systems from external infiltration into their system architecture.”

Apart from automotive applications, the company sees its VLSI chipsets finding application to power secure payment gateways, passport identification systems, and wireless and connectivity technologies like NFC, which are going to drive the world of IoT-enabled devices.

With a host of modern features being offered into cars these days, the driver experience domain allows control over the touch-screen infotainment system, GPS navigation, and Bluetooth connectivity. The fourth domain is a step into the future, offering a sound platform for programming ADAS, data fusion and also providing micro-controllers for radar and vision cameras for autonomous driving. 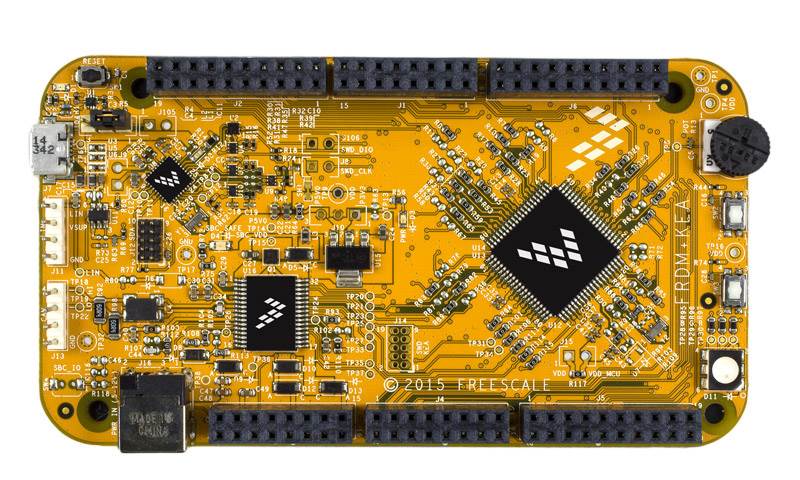 This is very well complemented by the V2X domain, which is seeing a lot of action in the present day with vehicle telematics and targets to bring a well rounded, connected and secured framework inside a vehicle.

“With secure network and secure processing capabilities, the microcontrollers offer a four-layered secured architecture, along with an isolated domain security for each of the individual vehicle domains,” says Gupta.

Need for ISO-26262 compliance in India

The world over, ISO26262 is the governing standard for safety in electronic and electrical systems but India is yet to see its implementation and conformance necessity for electronic systems in the automotive space. According to Gupta, “We are technologically ready with our innovation and the products and are confident that our microcontrollers for automotive application have a strong security foundation.”

The company supplies these controllers to major Tier I companies across the world, including the likes of Continental, Bosch, Delphi, Denso, Hitachi and TRW. In India, it also has direct relationships with OEMs like Maruti Suzuki, Bajaj Auto, Mahindra & Mahindra, TVS Motor Co and Hero MotoCorp. NXP’s chunk of the supplies finds application in devices such as immobilisers, instrument clusters, and dashboard control panels. 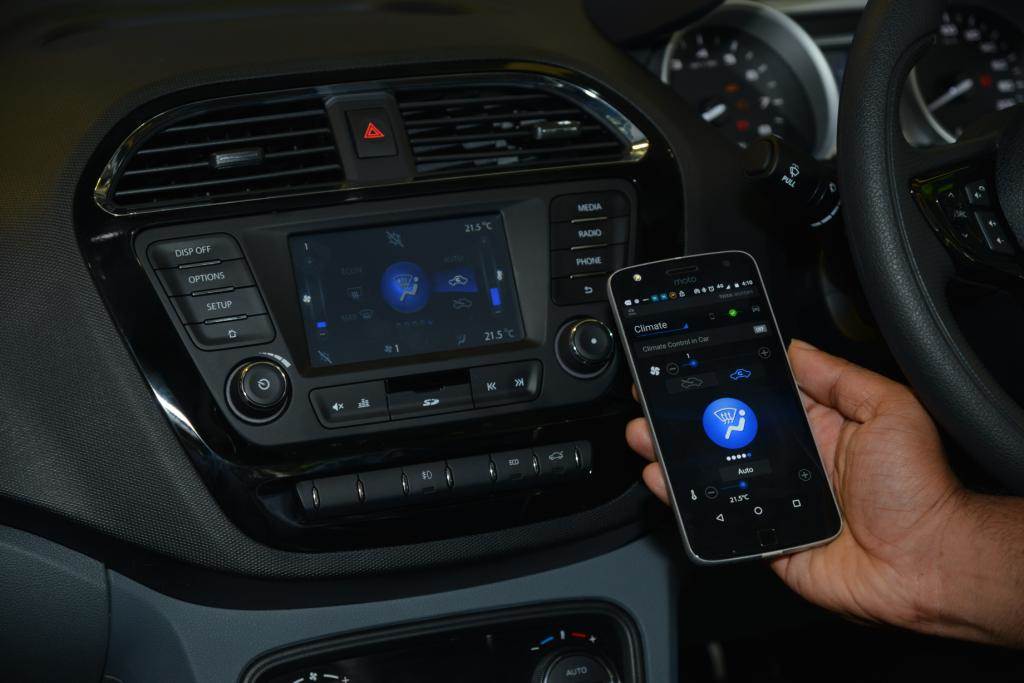 Vehicle telematics and V2X communications are powered by the V2X domain, providing a secured and encrypted data flow, inhibiting any possibilities of hacking.

“While cost may not matter much in products which are directly related to control the safety and security of a person behind a wheel, versus the competition, we offer value to our customers in the form of fast enablement with a modular development approach, as well as offering our 4+1 multi-secure defence architecture framework, which is a highly superior and robust offering,” adds Gupta. Renesas Electronics, Texas Instruments, ST Microelectronics and Infineon are some of NXP's main competitors.

The company, headquartered in the Netherlands, operates with three design sites in India, one facility each in Noida, Bangalore and Hyderabad. While the total workforce of semiconductor engineers, working either in developing hardware solutions like system on chips (SOCs), chip architecture, IPs or software development scales up to 1,800 associates, the Noida branch is the largest with over 1,000 people working out of the centre. Notably, the Noida facility also has the distinction of being granted over 400 patents in the VLSI space, all thanks to its development teams working there. 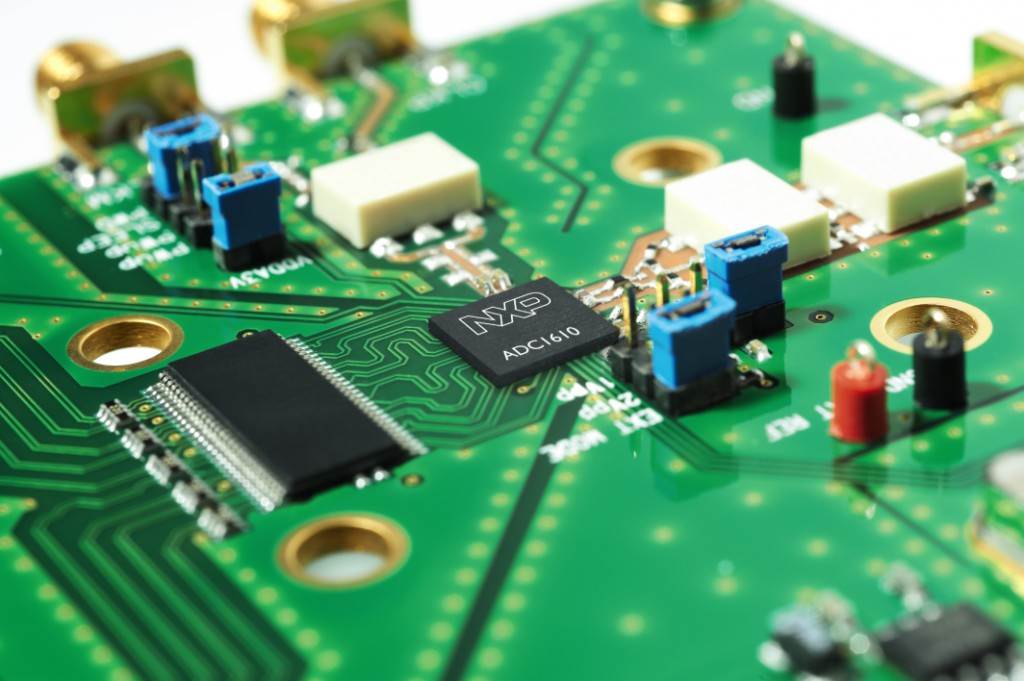 With India lagging behind in legislation on functional electronic safety, Gupta believes much effort needs to be put into the areas of legislation and cyber-security to make these highly inter-twined and connected systems less vulnerable to over-the-air (OTA) attacks in the coming times.

“There is no such regulatory structure at the moment which has been put in place by the government of India. There is a lack of legislation as well as a lack of motivation for carmakers to comply with these secured framework standards," says Gupta. “India is going to take sometime before electronic systems become fully safe and secure. Functional safety is a matter of external controls. Either there should be a new standard altogether, or the current ISO26262 should be expanded to include cyber-security into its ambit before being adopted by the country. A strong industry-academia collaboration, as well as support from compliance and certification bodies, will be of high importance to move towards this direction,” he adds.

With the mobility industry currently seeing a highly dynamic phase, Gupta says, “India is a bit too far away from autonomous driving technology, but will see connected cars and advent of ADAS into its vehicles quickly within the next few years. V2X communication itself is a huge opportunity to reduce carbon emissions, road accidents and congestion.”

"While electronic components are driving IoT and Industry 4.0, with the speed of innovation accelerating at an alarming rate, Artificial Intelligence (AI) is going to be the next big revolution other than safety and security, with machines set to become highly advanced and the world undergoing a transition phase of witnessing passive devices getting converted into smart system, and aiding human existence,” Gupta concludes on a visionary note.

This article was first published in the December 15, 2017 Anniversary issue of Autocar Professional.

In an inadvertent error Sanjay Gupta’s name was mentioned as Sanjeev Gupta.