National Instruments is enabling engineers with open and software-based testing methodologies for megatrends like ADAS, connectivity and electrification. 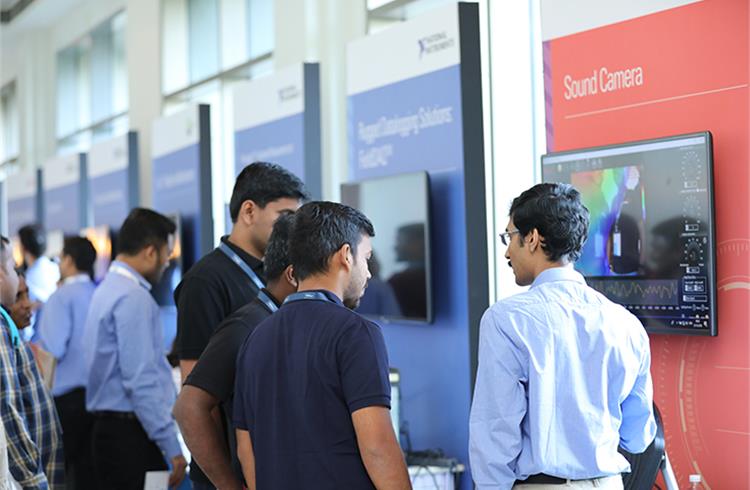 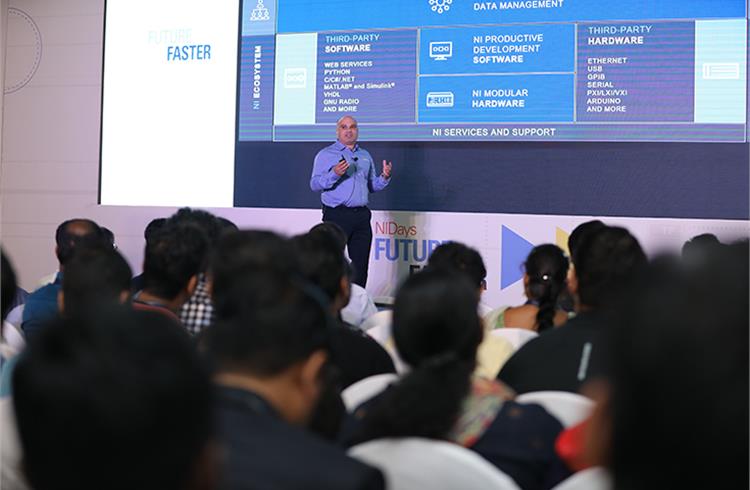 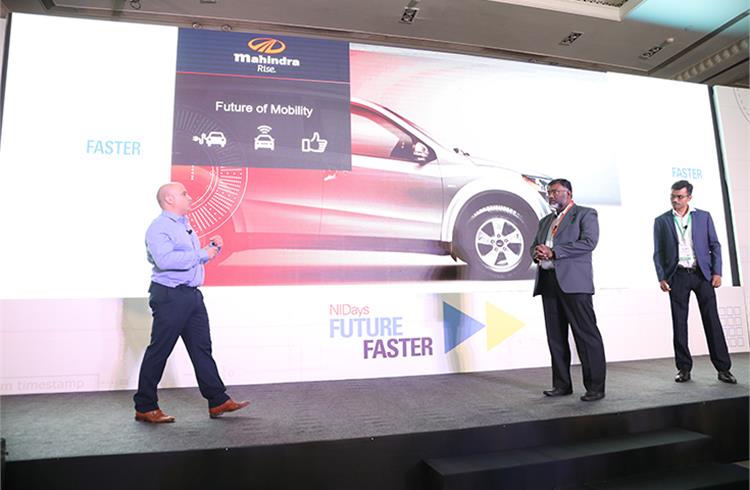 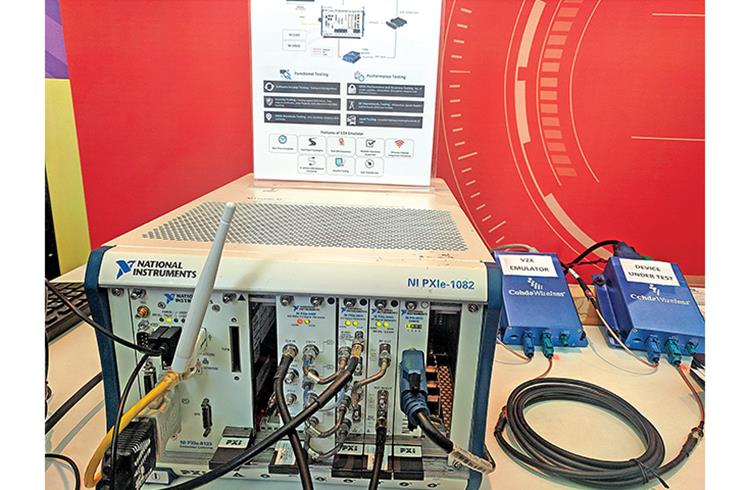 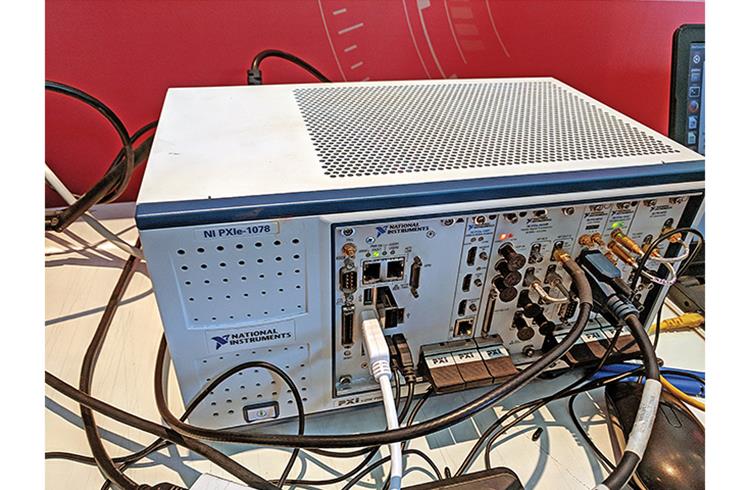 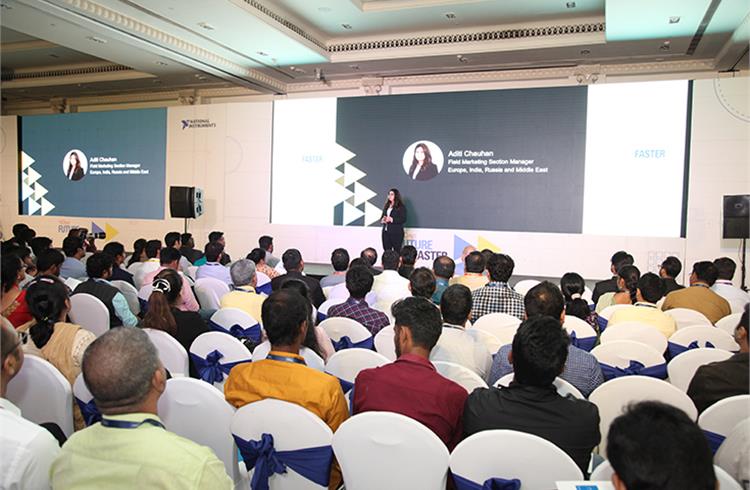 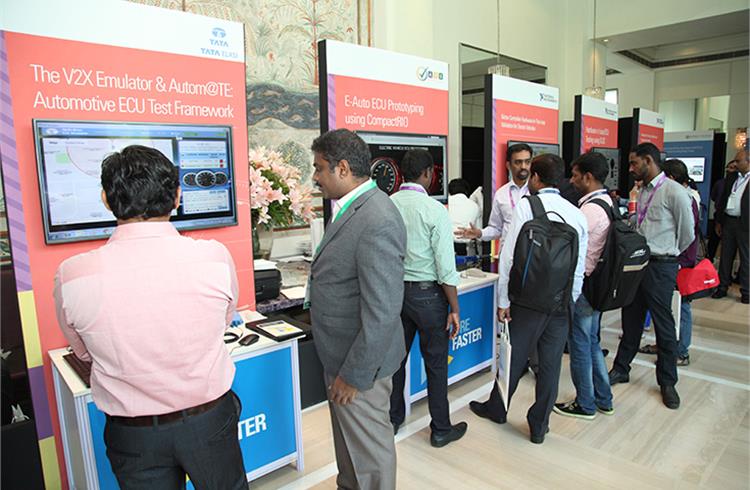 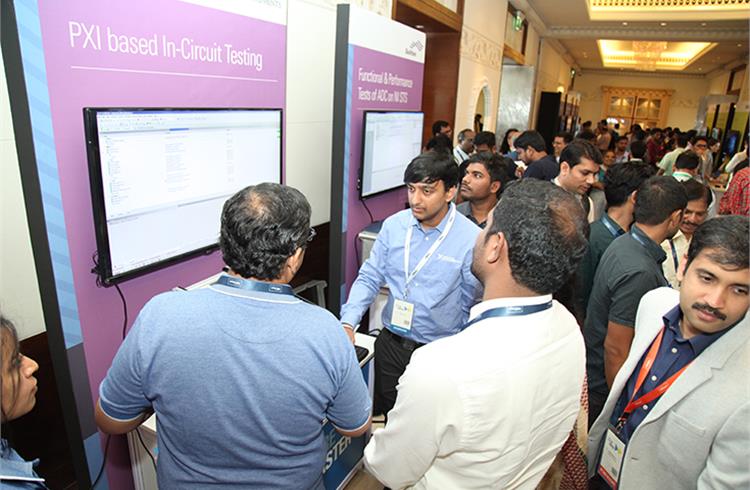 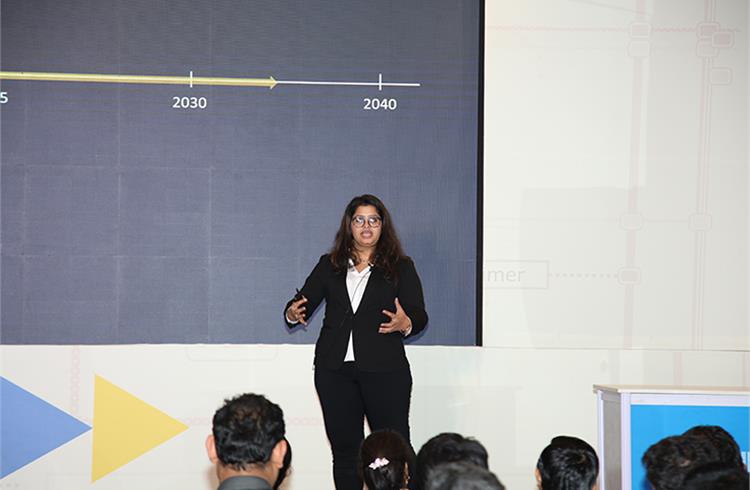 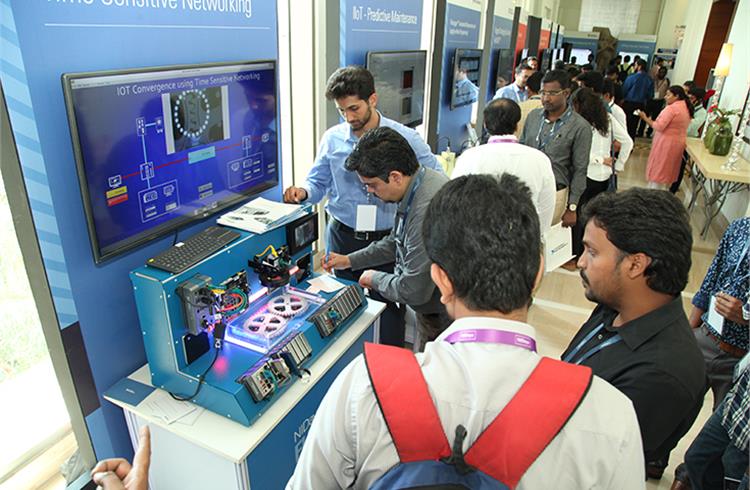 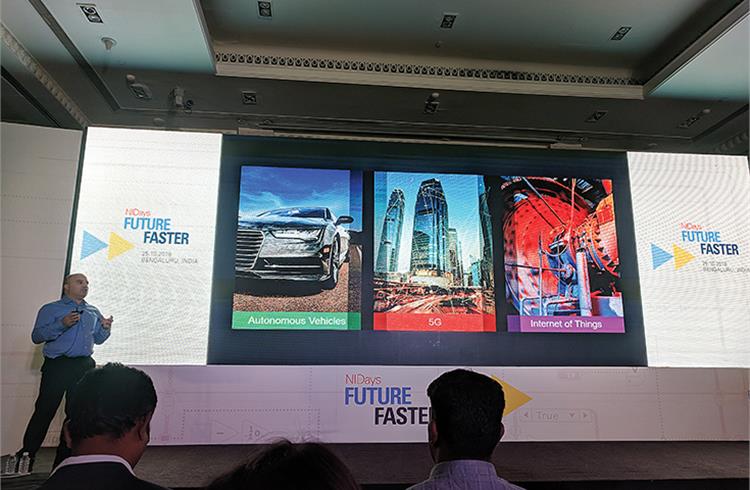 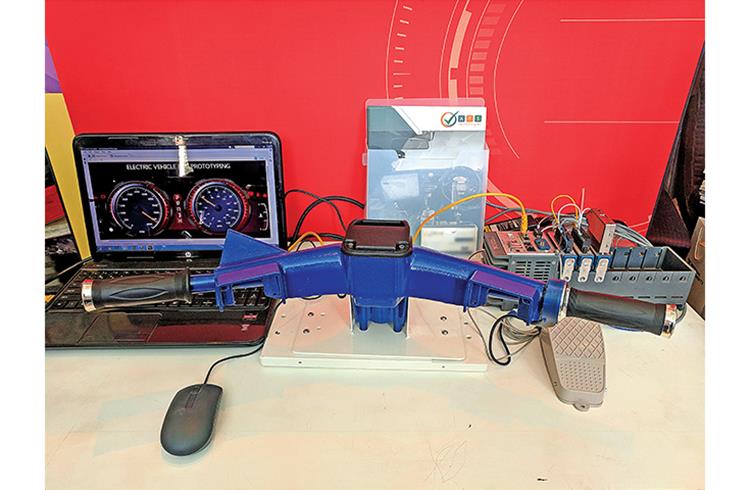 At the 15th edition of its annual event 'NIDays', christened ‘Future Faster’, in Bangalore on October 25, US-based testing and measurement solutions major National Instruments (NI) showcased its technological preparedness to provide testing solutions to industry, to enable development of sustainable technologies for the future and that, in a speed-flow manner as well.

The day-long event saw over 50 technological demonstrations by NI's customers, new product launches and also a sneak peek into future trends in the areas of equipment and component testing and measurement, spanning the automotive, aerospace and communication sectors. With increasing convergence of diverse industries such as electronic and mechanical, NI also believes that there needs to be a paradigm shift in the test solutions required to validate these complex electromechanical systems of the future, both from a hardware and software perspective.

As a result, it offers a comprehensive set of testing software and hardware platforms, also allowing openness to integrate them with third-party hardware solutions, in order to create a fully integrated testing system, capable of carrying out a wide array of automated testing and validation, and helping engineers improvise designs and concepts at various levels during a product’s development process.

While the event saw major technological trends – autonomous, 5G and IoT – being highlighted and considered as being the top focus areas inside R&D labs of automotive and technological giants across the world, NI also introduced its updated ‘LabVIEW 2018’ graphical design software which now offers an even more detailed set of features such as the capability to integrate with third-party solutions like Python. The Linux-based software offers configuration-based programming and test system capabilities and can run measurement and test applications, helping companies reduce testing timelines by as much as 60 percent. 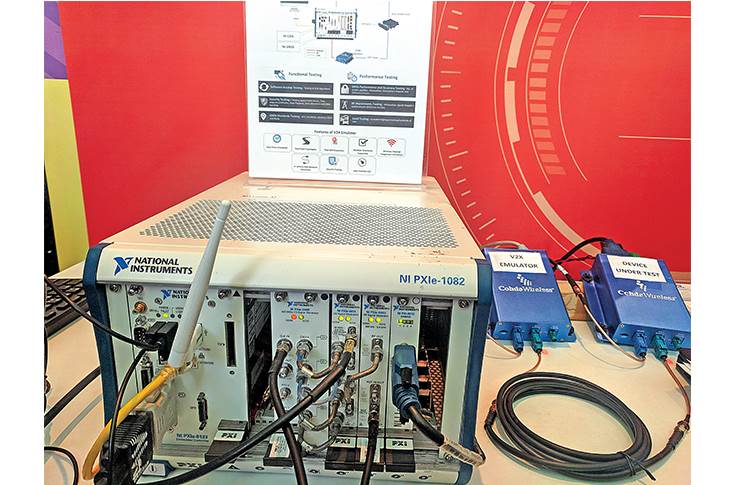 NI also unveiled its new ‘Instrument Studio’ platform, which would allow customers to perform interactive measurements and then transpose that data into LabVIEW, which would give the final test results by creating an automated test workflow.

“The trend that we are seeing in the automotive industry today needs an open platform, which is primarily based on software. Thus, the need for testing solutions is going to be software-defined, and we believe that has been our forte for many years, and we feel that we are in a position to provide tools to our customers that would help them compete in their respective fields,” said Jayaram Pillai, managing director, IndRA, National Instruments.

Some of the application examples of NI’s systems included testing solution for a telematics-based E-Call (emergency call) system which is developed by Bangalore-based start-up Maxeye Technologies, and is being used by UV major Mahindra & Mahindra for testing and validation of its fleet management and vehicle health monitoring system on offer in its commercial vehicles under the Mahindra Truck and Bus vertical. Where a field test requires real-world testing of any new technology, which is both time and capital intensive, M&M is effectively making a transition of its testing from the field to the lab by recreating the environment through software. Using third-party platforms and network solutions, and leveraging its own servers, the vehicle manufacturer was able to integrate NI's open testing system with the vehicle Connectivity Control Unit (CCU), and its HMI to test its GPS device. M&M has seen its testing timelines on the project coming down by half.

Having started operations in 2011, Maxeye Technologies is now eyeing the disruption in the automotive space and is working next to offer testing solutions for vehicle electrification, ADAS and autonomous driving technologies.  While it has already started working on electronic power steering (EPS) testing and calibration solutions, the company plans to commence work on battery management and vehicle electrical stability solutions for EVs by next year. Its key customers in the present day include Jaguar Land Rover, Tata Motors and Hyundai Mobis.

Other exhibits at the event included Tata ELXSI, which showcased its V2X emulator, making it one of the few companies around the world to be working on the functional and performance testing solutions for the technology of the future. While Testamatic Systems demonstrated its PXI-based hardware-in-loop simulation (HILS) ECU testing solution, ATS Technologies displayed its ECU prototyping system for two-wheelers, three-wheelers, as well as four-wheelers, based on NI’s Compact-RIO (C-RIO) platform. The company says Valeo, Hyundai Mobis and M&M are its main customers.

In its Trendwatch report, National Instruments gave a peek into some of the few emerging trends of the future. While megatrends that are going to transform the auto industry include vehicle electrification, autonomous driving and shared mobility, “these technologies are not just evolutions, but are disruptive trends that demand different design, development and testing solutions to make companies and innovators to be able to accelerate towards a sustainable future faster,” said Yiannis Pavlou, regional marketing director, Europe, Middle-East, India and Russia, National Instruments. While electrification will see the industry calling for testing of high-density batteries and high-torque motors, autonomous driving, along with ADAS, will bring sensor fusion on to the bigger canvas, with a host of cameras, radar and Lidar sensors on-board a mobility product. This would lead to de-centralisation of the main ECU with more hybrid computing devices controlling and managing different vehicle sub-systems, thus, posing a need for their HIL testing.

There would also be a big play of artificial intelligence (AI), where systems would need up to 2,000 times more computing power to crunch data. As a result, NI is already seeing over 70 percent of its customers coming from the automotive domain, with software pegged to drive majority of the innovation in the future to the tune of 80 percent.

“We are really focusing on the automotive front, where HILS testing has been a key area for us. While we have been growing in this regard, we now foresee a boom in the near future, with megatrends demanding more and more open and software-based testing methodologies,” said Pillai.

While challenges such as lack of standards for emerging technology in an era of rapid technological advancement still remain, NI believes that it is uniquely positioned to offer software-intensive testing solutions to its customers, and drive a new era of mobility for the future, in India and globally.