Trading places from Tata Motors, where he was for 14 years, to Mahindra & Mahindra, Pratap Bose challenged his comfort zone and in the process hit the headlines. 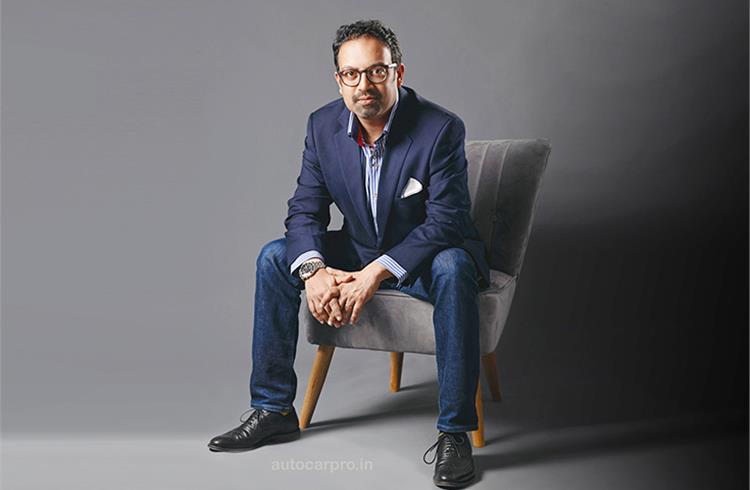 Trading places from Tata Motors, where he was for 14 years, to Mahindra & Mahindra, Pratap Bose challenged his comfort zone and in the process hit the headlines.

In the world of automobiles, style maketh the model and contributes to its success in the market, which means design is clearly one of the USPs.

So when the topic is about walking the auto design talk, Pratap Bose, Executive Vice-President and Chief Design Officer at Mahindra & Mahindra, has been making news in 2021. Voted as one of the top five finalists for the 2021 World Car Person of the Year award in March, his stepping down from Tata Motors, where he was Global Design Head for over two years, in April-end was headline news right till he confirmed  joining M&M in early June.

Bose has been credited with bringing the mojo back into Tata Motors’ passenger vehicles, particularly the ‘New Forever’ range. As is known, the snazzy design of the Tata cars and SUVs was among the key factors that helped power the company to its highest annual sales of 222,025 vehicles in FY2021, bringing about a sterling 69 percent growth on a year-on-year. But Bose isn't among those who believe in resting on their laurels.

Having worked with the company for 14 years in what he says was “a great run”, he wanted to “challenge his comfort zone”. Mahindra attracted him “because of the sheer range of products that are available to a designer to work on — from two- and three-wheelers to tractors and SUVs. There was no better company”.

Bose, who began his career as a scooter designer for Piaggio, says the timing of his shift to M&M “was perfect. We are at the start of many new programs, many new initiatives — the Born EV, Last Mile Mobility, the strengthening and widening of the ICE portfolio. These are all programs and products that are at the start of their conception. That’s when a chief design officer can have most influence. It’s important for all designers to understand any business they are working in. Ultimately, it’s the products which satisfy the customer’s needs that pays for design in any company and for investment in the future.”

Bose’s first design for M&M has been the new brand identity and logo for SUVs, the one which adorns the recently launched XUV700 flagship. What's more, Mahindra & Mahindra will look to leverage his understanding of the global as well as the Indian market. Based out of the UK, Bose operates at the Mahindra Advanced Design Centre (MADE) where he is tasked to design new products for the OEM. While, it is early days for him at Mahindra but there is no doubt auto industry watchers will be waiting to see what he conjures up next.