The MD of Skoda Auto Volkswagen India decided to resign at a critical juncture of India 2.0 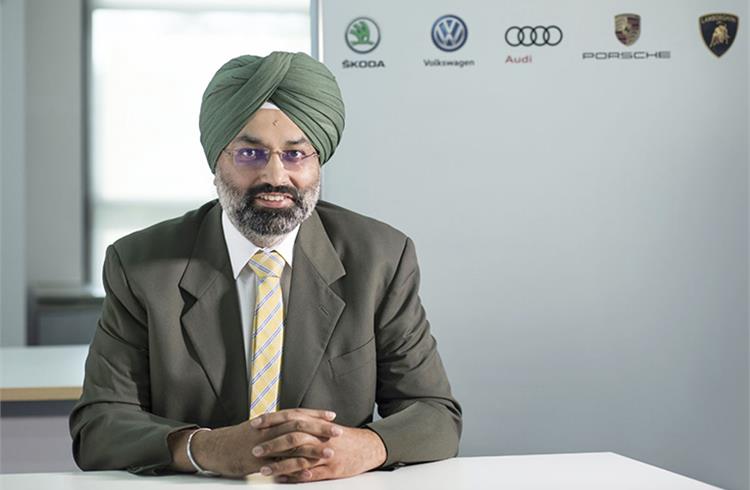 The MD of Skoda Auto Volkswagen India decided to resign at a critical juncture of India 2.0

When Gurpratap Boparai featured in a recent cover of Autocar Professional, nobody would have imagined that the Managing Director of Skoda Volkswagen Auto India would soon be calling it a day.

The news of his resignation came as a huge surprise simply because there was no indication of this happening. On the surface, Boparai was steering the ship efficiently and had adroitly brought together two brands and their respective teams to work in tandem without a fuss.

It was not an easy job considering that there were senior individuals at VW and Skoda who had to forfeit the tremendous autonomy they had enjoyed earlier. To top it all, they would now have to report to a rank  outsider.

Over the last three years, Boparai had quietly gone about his task of integration even while ensuring that the VW Group’s ambitious India 2.0 programme was on track. This was going to be a make-or-break initiative since little had gone right thus far in terms of market share or bottomline. It was critical to create an efficient costing structure that would help Skoda VW carve a niche of its own in a fiercely competitive market dominated by Maruti and Hyundai.

Beyond this, Boparai had to ensure that teams from Skoda and VW would have to work in harmony together while ensuring that the best people got the jobs they were allotted within the single merged entity. There was also an inherent challenge in creating a fusion of people working in factories and sales offices. This was how the VW Group had created its structure in India with three separate entities and suddenly people were expected to work together.

The fact that Boparai pulled this off is testimony to his faith and commitment as his own colleagues will testify. They liked him for his simplicity and dignity while admitting that he treated everyone with respect and “without losing his cool”.

Here was an Indian entrusted with the top role where expats were calling the shots earlier. Individual egos had to be shed while Skoda was given the responsibility of lead managing India 2.0 with VW in tow. While this by itself was a challenge, disaster struck the world in the form of Covid-19 which had the auto industry paralysed.

It was barely two years since Boparai had taken over at the helm for a critical turnaround exercise which was facing a new kind of biological warfare unknown to mankind. Yet, the show had to go on even while China, the epicentre of the virus, was key to supplying key components to Skoda VW for India 2.0. There was no way travel was possible during the early months of Covid-19 and this is where the MD rallied his troops around at the Pune plant to cope with the crisis.

They took up the challenge and with virtual support coming in from headquarters in Germany, work continued even while the pandemic was scorching the Indian landscape. Boparai credits the team for this incredible feat which saw costs being kept in check as products like the Skoda Kushaq and VW Taigun debuted followed by the more recent unveiling of the Skoda Slavia.

What has been particularly satisfying to him is the fact that teams from VW and Skoda constantly helped each other though market intelligence inputs. Everyone was aware that the success of new models was integral to India 2.0 which only meant that teamwork was the need of the hour.

When the script was working so well, what then prompted Boparai to quit? Whatever the reasons may be, his absence will be felt immensely with colleagues of the view that this is a difficult void to fill. His successor will have his work cut out while taking the India 2.0 story forward.