Its CNG version was among the first eco-friendly SCVs, and with an electric version of Ace set to debut, the brand is anything but plodding along. 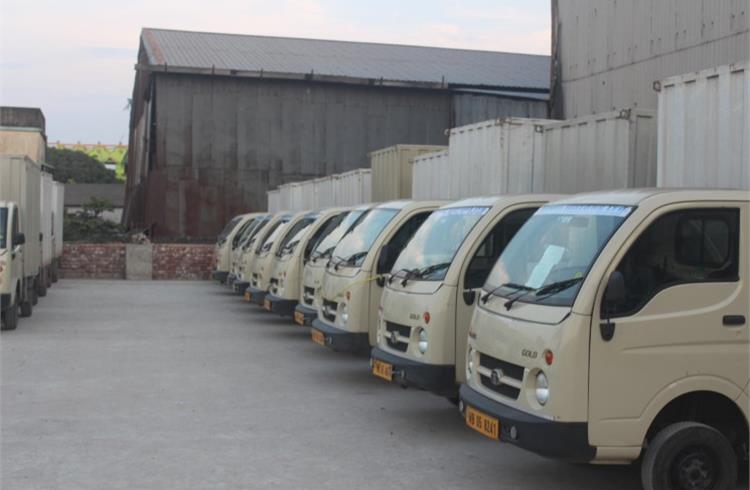 When Tata Motors launched its Ace four-wheeler in 2005, there weren’t many small commercial vehicles available. It was an opportunity that Tata spotted and decided to launch, a vehicle which that would later go by the sobriquet, “Chotta Hathi”, equipped with a 700cc engine capable of producing 16hp of power and a peak torque of 37.5Nm.

The engine was paired to a 5-speed synchromesh transmission. Although the Ace’s engine was small, the body on frame chassis gave it a plethora of options. It didn’t take long for the Ace to become a hit.

This writer was present at the launch of the Ace in Bengaluru, and what made an impression was the Ace’s cab with the appearance of good quality plastics and comfortable seating.

Quick to capitalise on its early success, Tata launched the Ace HT with a higher load bearing capacity and with each year launched more powerful versions including the Tata EX and the Super Ace. Two years after its

launch, it introduced the CNG powered Ace which it can be argued was the first green version of a small CV in India. It’s aim was to give potential buyers a way to keep running costs in check.

In an attempt to replicate the Ace’s success in the passenger segment, the company then launched a Magic Ace and Magic Iris, the latter to compete with the autorickshaw. It then launched a commercial version of the Iris called the Ace Zip, powered by the same engine but with a loading area behind the cab. Tata Motors decided to invest and develop Ace after a market study it conducted found that customers wanted a last mile distribution vehicle that was low on maintenance costs, offered higher driver safety, and better driving comfort. It would also give the buyer a sense of status as well. The study also suggested that the medium commercial vehicle, which was Tata Motors’ mainstay, would not be the dominant segment in the future. It said a hub-and-spoke model was emerging in the domain of road

transportation and there would be towards heavy and small commercial vehicles. So Tata decided to enter the segment, and the script worked well for it. At that time, no one could have imagined that last-mile delivery vehicle would become so important in an e- commerce scenario in today’s world. Last year, Tata Motors launched a TV campaign for the Ace Gold Gold TVC that paid tribute to business owners and showcasing the opportunities that self-employment could potentially offer India’s youth in the last-mile delivery segment. The campaign features Bollywood actor and Tata Motors’ commercial vehicle segment brand ambassador, Akshay Kumar.

In April this year, Tata launched an electric version of the EV, co-developed with its users that aims to offer a holistic solution for e-cargo mobility. The company also said it had signed MoUs with leading e-commercecompanies and logistics service providers including Amazon, BigBasket, City Link, DOT and others, for 39,000 units. The electric version of the Ace EV is expected to debut soon and will hopefully do its ICE cousin proud.