Can India take a leaf or two from Norway’s high-voltage EV strategy?

The initiatives that India can learn from Norway in its journey to electric mobility. 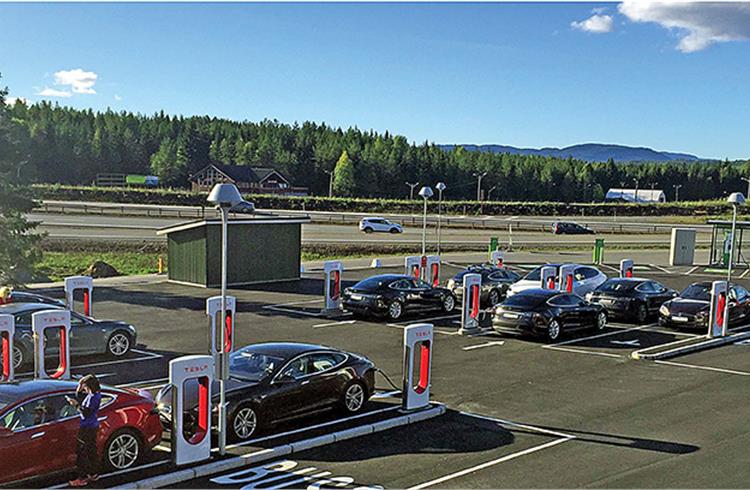 Norway is going all-electric with a vengeance, phasing out sales of new petrol and diesel cars by 2025 with a ‘polluter pays’ tax system, offering a host of incentives to EV buyers and generating clean energy too.  Mayank Dhingra finds out if there are any learnings for India's EV program.

Do you know Norway has been ranked the happiest country in the world in 2017? Or that the oil-rich Scandinavian country jumped three positions from 2016, displacing Denmark which was the top gun for three out of the past four years? In comparison, UN’s 2017 World Happiness Report, which maps happiness on the parameters of GDP per capita, social support, healthy life expectancy, freedom to make life choices, generosity and perceptions of corruption, shows India at 122nd place, down from 118 in (2013-2015). What’s common to both countries? Both are gunning for all-electric mobility – Norway by 2025 and India by 2030. Importantly, a clue to Norway being up there on the happiness quotient could be its concern for all things green, including pristine air quality – a moving target which both developed and emerging markets are aiming for. 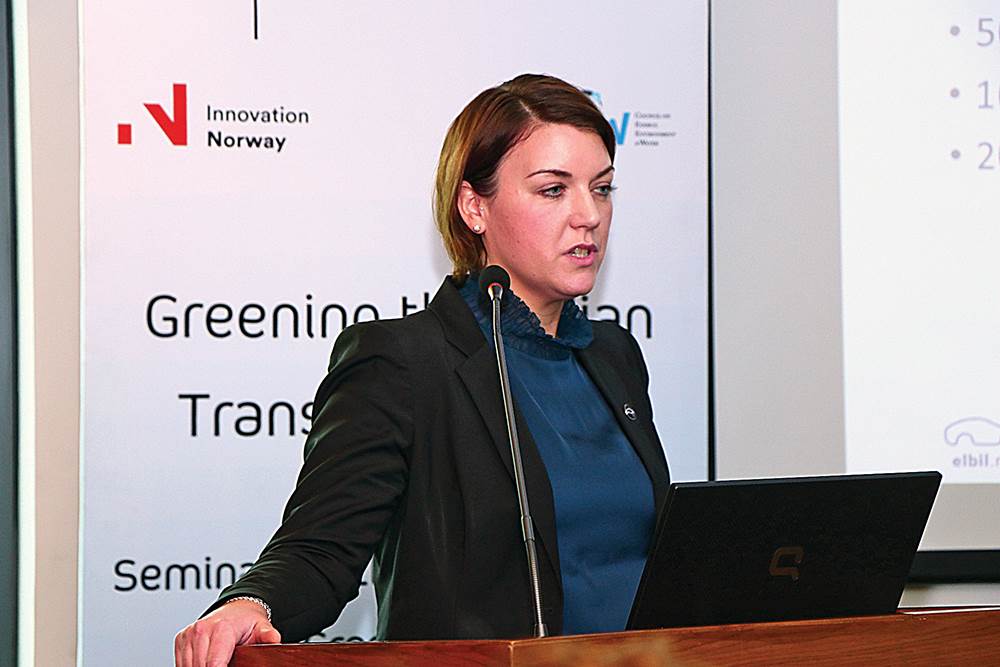 Christina Bu, CEO of Norwegian EV association: "Rolling out local incentives, without impacting the budgets in a big way, could go a long way in giving a launch pad to the electric vehicle scenario in India."

A good number of Indian cities already have a severe climate issue, capital Delhi being a prime example. Many Indian cities are not far away from transcending the inflection point when the scale of the problem will become unmanageable. Already four big cities – Gwalior, Allahabad, Patna and Raipur – have been listed in the Top 10 of the planet’s most polluted cities in 2016. More alarming statistics, as per the renowned medical journal The Lancet, reveal that over 2.5 million Indians die every year because of poisonous air. 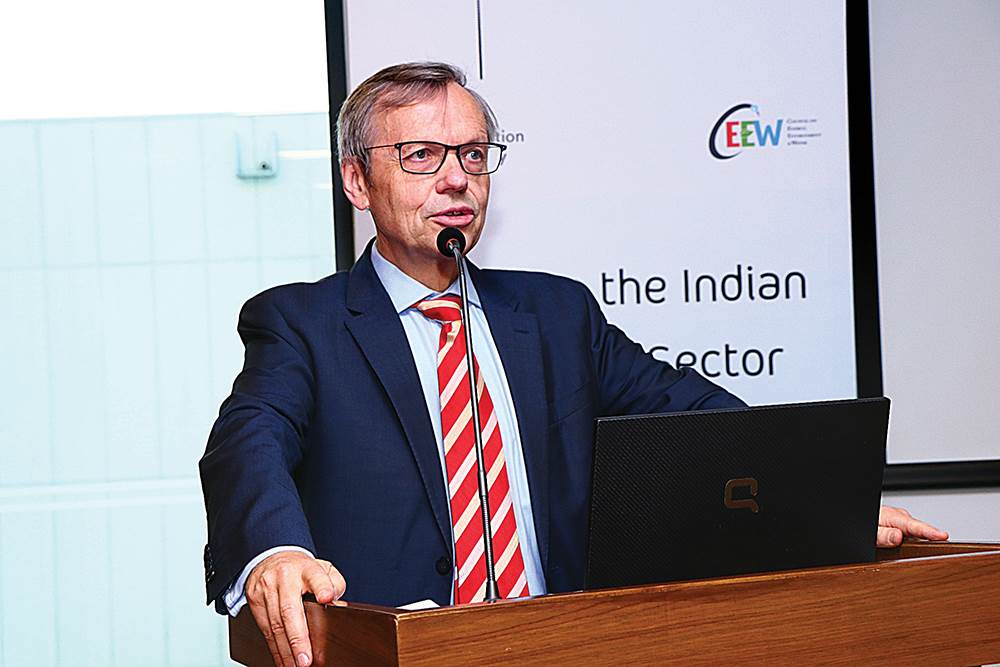 With its population of over 1.2 billion people and an expansive landscape, mobility remains a tremendous challenge in India. While its megacities are gridlocked, some parts remain inaccessible due to lack of road connectivity.

The country’s vehicle parc is set to see a dramatic surge – from the existing 160 million units to over 550 million by 2030. Also, a sub-par level of natural fossil fuel reserves means a big dent to India, with the country relying on imports to meet over 80 percent of its oil demand, spending over US$ 235 million (Rs 1,500 crore) on crude imports daily.

Greening the transport sector then, holds huge potential to be a strong enabler in enhancing the country’s energy security, reducing greenhouse gases and also tackle the vexing issue of smog, which is highly prominent in the ongoing winter season especially in the northern part of the country.

Electrification in the mobility space, of late, has emerged as being the most convincing recourse going forward, offering a sustainable progress into the future and a conducive environment for the future inhabitants of the planet. 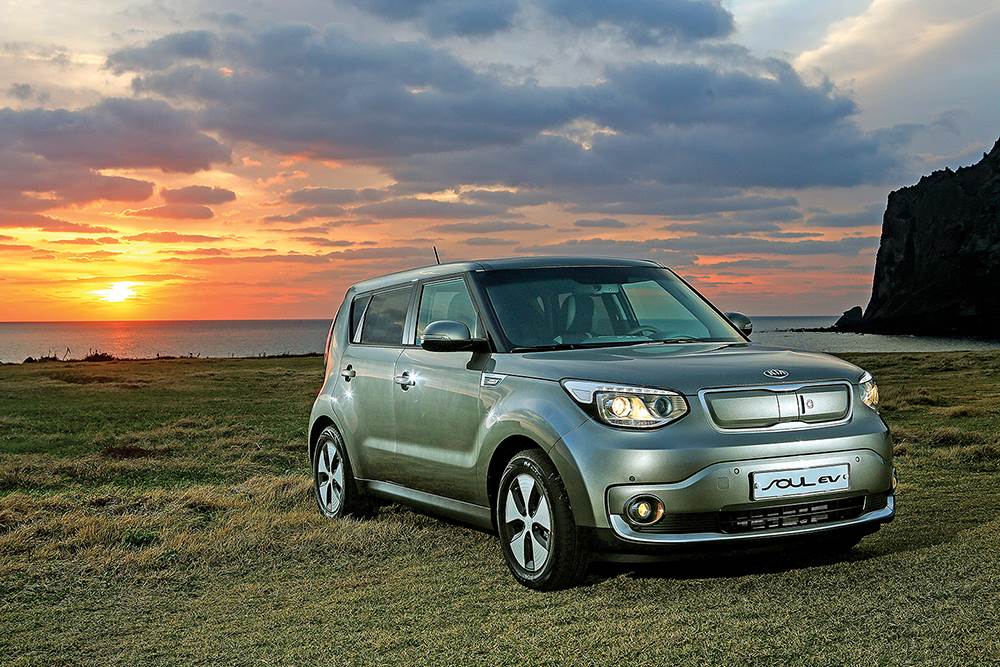 The Kia Soul EV is among Norway's best-selling electric cars.

While doubts remain about severe damage continuing even in case of mass adoption of EVs with the emission sources shifting from combustion engines to coal plants, recent studies, have shown that EVs running on electricity generated by even the dirtiest of coal power still reduce emissions by over 25 percent.

According to Nils Ragnar Kamsvag, Norwegian ambassador to India, “The best part is that higher percentage of renewable energy mix directly translates into a higher emission reduction with EVs as compared to conventional cars. Therefore, the introduction of EVs will significantly contribute to curbing the estimated growth of emissions from the transport sector, given that India is making great strides towards its renewable energy target of generating 175 GW of clean power by 2022.” 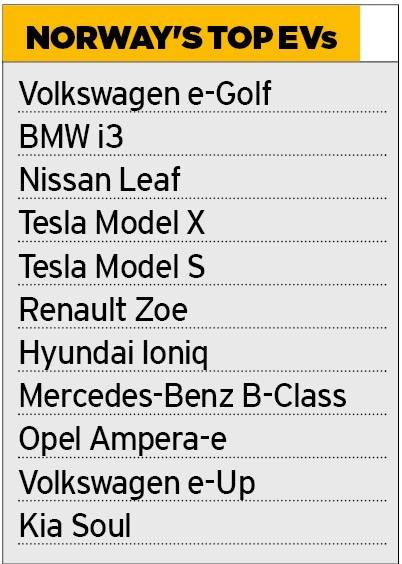 Being one of the early adopters of electric vehicle technology and setting up a vision to fully electrify its new vehicles by 2025, Norway, today, has 29 percent penetration of EVs, followed by the Netherlands (6%), Sweden (3%) and China (1%). China, however, has made huge progress in FY2017, selling 336,000 EVs with a strong push towards electrification from its government and even outclassing Norway, which sold close to 50,000 EVs during the same period.

Norway, one of the three Scandinavian countries, has been making news on the motoring front since the past year. The country, which wants to phase out sales of new petrol and diesel cars by 2025 using a ‘polluter pays’ tax system, aims to incentivise the purchase of low and zero emission vehicles.

With its experience in e-mobility and effective policies already in place, Norway holds good value for India to collaborate and follow some of its footsteps in its endeavour to mass electrification of its mobility solutions by 2030. At a seminar on EVs and green shipping at the Norwegian Embassy in New Delhi on December 6, think-tanks, entrepreneurs and researchers discussed and debated the shift towards electrification, opportunities to be had, and shared work experiences.

From Norway’s example, it’s clear that giving a push to EV technology is imperative for governments globally to build momentum around EVs and make them financially viable and also beneficial for customers to make the switch. To ensure this, Norway is substantially taxing heavy polluting cars and also incentivising electric cars. According to Christina Bu, CEO, The Norwegian EV Association, “The Norwegian government is now starting to tax emissions. Similarly, Sweden is also introducing a taxing structure next year, wherein it would heavily tax fossil fuel cars and incentivise BEVs.”

The country has already put in support systems in place for enabling motorists to switch to EVs. Since 1990, EVs in Norway attract zero purchase tax and the country has also subsumed the 25 percent VAT on buying or leasing EVs and batteries since 2001. Owners of EVs are given benefits in the form of low annual road tax and a 50 percent rebate on company car tax as well. The support even extends to services, wherein toll taxes, ferry fee and parking charges are nullified for EV users.

With a recent extension of tax benefits on EVs by the European Free Trade Agreement Surveillance Authority (ESA), Norway could see its walk towards electrification turning a lot brisker. The ESA, on November 7, 2017, extended the EV tax benefits to the next few years, wherein the VAT exemption on purchase or lease of EVs and batteries has been extended until December 2020, also extending the full exemption from the annual fee for the next five years until the end of 2023. The ESA approval has also introduced new benefits and brought EVs into the ambit of being exempted from re-registration fee until 2023 alongside bringing a more favourable 30 percent depreciation rate for electrics until 2023. 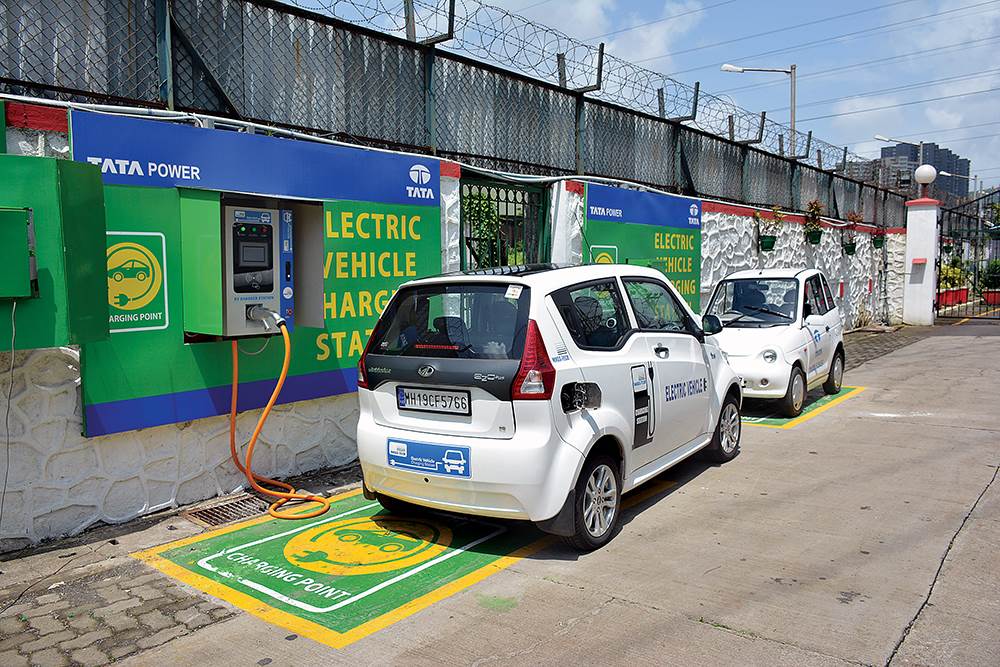 "This is absolutely crucial for Norway’s electrification project. Without further tax exemption, we would probably not have managed to reach the 2025 goal of selling only zero-emission cars, "said Christina Bu.

“To progressively move towards an era of electrification, customers need to be provided with a package of BEV incentives. While India cannot afford to give subsidies in big numbers, rolling out local incentives, without impacting the budgets in a big way, could go a long way in giving a launch pad to the EV scenario in the country,” Bu added.

With consistent efforts in research on battery technology, there has been a significant drop in battery prices; prices have come down by over 25 percent in 2016 to now hover around US$ 250 per kWh.

“Lowering battery prices is a major contributor to the rise of EV technology. While range anxiety is something experienced by first-time EV owners, once they get acquainted with an EV, they are rather seen facing charging anxiety. According to a survey of 11,000 EV owners in Norway, only 4 percent have ever been stranded on the road in 2016 due to no residual battery charge left in their electric car. On the other hand, over 70 percent of the population in Norway lives in apartments and EV charging is a big issue in such a situation, which needs to be gradually resolved,” said Bu.

Public charging infrastructure will play a vital role and Norway has seen the number of fast chargers installed at selected public places grow from 100 in 2013 to 850 in 2017. In September 2016, the country showcased another example of its relentless efforts towards green mobility and set up the world's largest fast charging station at Nebbenes, north of Oslo, where 28 cars can charge at the same time.

“While initial support from the government is very crucial in setting up charging infrastructure, a good network and possibility of large volumes will eventually make private players jump in, to tap into the opportunity of a profitable business,” affirmed Bu.

Norway, which is quite sparsely populated (just over 5 million), today sees roughly 5 percent of the total EV density as the number of fast chargers installed in the country.

According to Ole Henrik Hannisdahl, CEO, Green Kontact, a Norwegian automotive charging infrastructure company, “Establishment of charging infrastructure and the site selection needs to be handpicked, based on the journey of a regular customer, both within the cities and outside on the highways as well. In the Indian context, site selection must be adapted to the Indian driving pattern and based on the target customers, who could be Uber drivers, e-rickshaw drivers or personal vehicle users.”

“It will take time for an EV fleet to come out in substantial numbers on the roads around the world. Even with a high EV share of sales (20%), it would still take five years for EVs to reach roughly 3.8 percent of the total vehicle volumes in Norway. Also, the first-mover advantage will prove to be immensely beneficial for automobile companies to scale up into the new emerging segment and be profitable,” he added.

According to Christina Bu, “Electrification is the way forward as it tackles the problem of moving the emission source outside the boundaries of cities. Over 250 new BEV models are slated to be launched around the world in the coming five years and apart from automobile OEs, consumer technology companies too are putting their foot down and entering this space of EVs.”

“India too followed suit after Norway's step and announced a similar target to head towards complete electrification by 2030 and the country can certainly take a leading role in adopting EVs. Promoting EVs, and cutting down on its oil imports offers humongous opportunities for India to reduce its carbon emissions, as well as leverage the new economic opportunities lying ahead with electrification,” said Bu.

“With Norway being an early adopter of electric technology, both Norway and India can co-operate by sharing knowledge on digital ecosystems, demand management, setting up of charging infrastructure, car sharing, and could work together in the areas of battery storage, autonomous technology and smart homes,” she concluded extending a hand of support.

India dwarfs Norway when it comes to size, population and industry and will chart out its own customised path to e-mobility but the government will have to seriously think of strong incentives as well as subsidies to motorists to enable them to go green in the electric future that's set to drive in soon.

(This article was originally featured in the 1 January, 2018 issue of Autocar Professional)