Currently Kawasaki’s product portfolio spans 18 motorcycles and their high-tech variants. This makes it the OEM with the largest portfolio of big bikes on offer, along with Triumph Motorcycles, among all premium bike makers doing business in India. 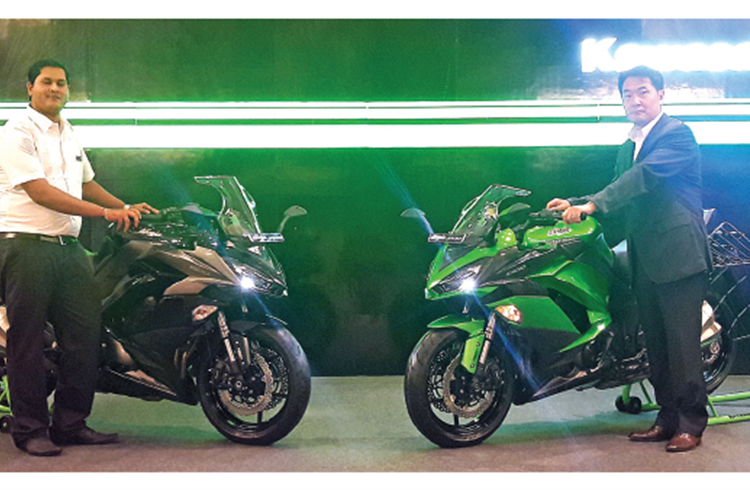 Having moved into its all-new assembly plant in Chakan, India Kawasaki Motors is now gearing up to expand operations that will not only fuel its growth but will also evolve the big-bike market. A key priority is aggressive retail expansion to ride into new regional markets, says Amit Panday.

India Kawasaki Motors (IKM) has finally shifted its assembly operations from Bajaj Auto’s Akurdi plant to its brand-new plant in Chakan with effect from July 1, 2017. The company is now fine-tuning its organisational structure and is redefining several operations that are expected to further propel its growth.

Currently Kawasaki’s product portfolio spans 18 motorcycles and their high-tech variants. This makes it the OEM with the largest portfolio of big bikes on offer, along with Triumph Motorcycles, among all premium bike makers doing business in India. However, the company currently has only 14 exclusive dealerships across India that also provide customers with aftersales services besides being the sole point of sale for new Kawasaki aficionados.

Bajaj Auto and India Kawasaki Motors had ended their eight-year-old alliance with effect from April 1, 2017. The alliance covered sales and aftersales service for Kawasaki motorcycles from the Bajaj Auto-owned Probiking network, which comprised more than 300 showrooms across India, since 2009.

While this split with Bajaj Auto reduced the retail network for Kawasaki, going solo also reduced the Japanese bikemaker’s dependency on others, thereby bringing complete autonomy in implementing its global benchmarks to local operations.

“Going forward, Kawasaki will have full control over its operations, ranging from parts procurement and warehousing, quality checks to aftersales services to its customers. The Japanese management at IKM is diligently working to set up teams for all core responsibilities as they continue to expand their operations,” a reliable source had quoted in an Autocar Professional online report on May 22 this year.

Officials at IKM say that while the company continues to streamline its operational expansion, it is also looking to aggressively boost its retail network as its strategy to ride into the new regional markets in the near term.

The Pune-headquartered IKM, which is already present in Delhi, Mumbai, Kolkata, Chennai, Bangalore, Chandigarh, Kochi, Coimbatore and other growing cities, is looking to almost double its current retail network over the next two to three years. The new cities it is considering under its retail expansion strategy include Mangalore, Ahmedabad, Rajkot, Lucknow, Hyderabad, Jaipur, Jammu, Bhuvaneshwar, Guwahati, Nagpur, Indore and others.

Under its retail expansion, the company, which now sells an average of 1,000-1,400 units per annum, is looking to double up its annual sales over the coming two-three years.

Talking to Autocar Professional on the sidelines of the launch its 2017 Ninja 1000 in Pune recently, Susheel Kumar P, regional manager – sales and marketing – IKM, said, “We send our team to new cities to read the market potential. Simultaneously, we also scrutinise the dealership applications and finalise one for the desired market after thorough checking of the background. While setting up the showrooms and the workshops, we follow the global guidelines provided by KHI (Kawasaki Heavy Industries) that include area, equipment, training modules and other provisions.”

According to Kumar, who has been recently inducted by IKM to drive sales and marketing across regions, IKM typically has a bigger aftersales team than its sales force at each dealership. “Hopefully we will be able to sell 2,000 units per year within 2020,” he added.

Speaking on the condition of anonymity, a Kawasaki dealership based in North India said, “Setting up a big-bike dealership is a very capital intensive business. The investment in stock is huge. Kawasaki is very particular about their aftersales services, their training modules are thorough and the company principles are more driven by passion for motorcycling than making quick money. They have a clear mandate wherein they ensure that the mechanics at a dealership are trained before sales commence. We appreciate their aggressive strategies to grow the big-bike market in India.”

IKM’s portfolio includes five models that it currently assembles in India – Ninja 650, Z650, Versys 650, Ninja 300 and Z250. Of these, the Z250, which is powered by a liquid-cooled, parallel-twin, 249cc engine, is believed to have the maximum local content (upto 40 percent) among all locally assembled models. The naked street model is positioned at the entry-level riders looking for performance motorcycling.

The fully-faired Ninja 300, powered by liquid-cooled, parallel-twin, 296cc engine, has been one of the largest selling models for Kawasaki in India. It is also one of the most successful entry-level sports bikes India’s premium motorcycle market has seen. The midsize engine displacement category of 650cc is another space wherein Kawasaki has been mildly successful.

It is estimated that the company continues to increasingly focus on the 650cc and 300cc platforms to add more models to its basket of locally assembled bikes and thereby boost its sales. 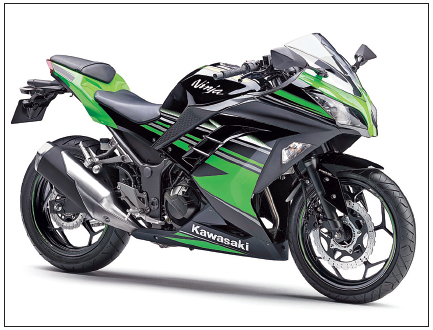 For example, the entry-level Versys-X 300 and modern cruiser Vulcan S are slated for launch in India later this year. Once launched, both models will be expected to go on sale via CKD route.

With the launch of the 2017 Ninja 1000 in Pune on July 7, the company has commenced the semi-knocked down (SKD)  strategy for its 1000cc motorcycles.

Now in its third generation, the 2017 Ninja 1000, which became the first litre-class model from Kawasaki to be imported via SKD route from Japan, has been launched at a price-tag of Rs 998,000 (ex-showroom, all-India). According to the company, the model, powered by four-cylinder, 1043cc engine, is positioned at professional as well as seasoned riders looking for comfortable motorcycle with cross-country touring applications.

“At Kawasaki, our focus is on making motorcycles easy and fun to ride while being environment-friendly. We are aggressively expanding our operations in India. We have moved into a new plant in Chakan with effect from July 1,” said Yutaka Yamashita, managing director, IKM, reiterating his company’s approach at the recent launch in Pune.

The four-cylinder, 948cc, 123bhp Z900’s price is now revised to Rs 7,68,000 (ex-showroom all-India). The pricing, however, does not include the accessories offered on it when it first launched in March 2017. Company officials say that the Z900’s price has been revised on the basis of customer feedback.

While IKM has started accepting bookings for both the models, the initial lot of updated Ninja 1000 available for sale comprise only 20 units. IKM officials say that more units of the 2017 Ninja 1000 will be imported once the first lot is sold out. Given the upbeat market and consumer sentiment after GST, expect Kawasaki to be a front-runner in big bikes.