From the Korean carmaker’s point of view, it is important to be future-ready especially when it is all charged up to be a mobility solutions provider. 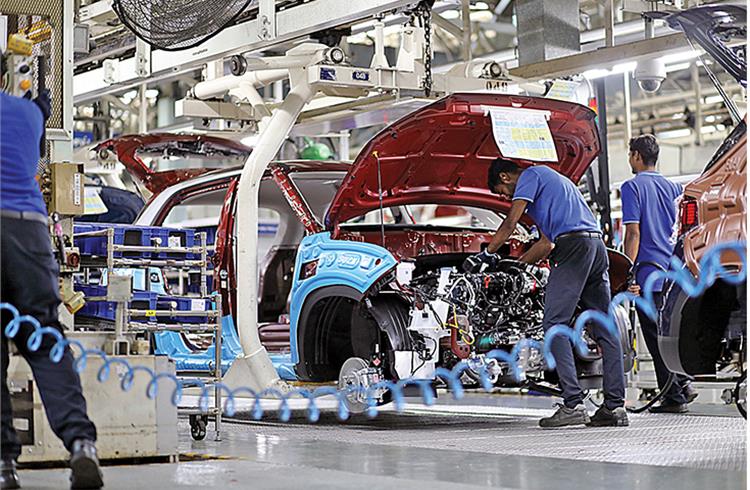 As Director (Production) of Hyundai Motor India, Ganesh Mani uses a cricket analogy to explain the pace of evolution at the Chennai plant.

“It is like moving from Test cricket to one day and T20. The speed of execution after a decision has been made is our strength and that will help us to be future-ready,” he says.
Hyundai, he continues, has constantly been pushing the envelope in manufacturing processes with the result that the plant is capable of handling all challenges. This is thanks to the enormous flexibility in its production lines coupled with efforts at enhancing capacity through debottlenecking.

“Who would have thought that something like Covid-19 would occur? This is why enhancement of capabilities, which is our forte, is important in order to be future-ready quickly,” says Mani. Beyond the Chennai plant, this thought process extends to Hyderabad and Delhi which are home to its R&D and marketing establishments.

While 100 percent operational efficiency in the production lines is a given, Hyundai gives a lot of importance to flexibility as a cardinal principle of manufacturing. “And now with Covid, we are now working on flexibility to the power of 2,” he adds. 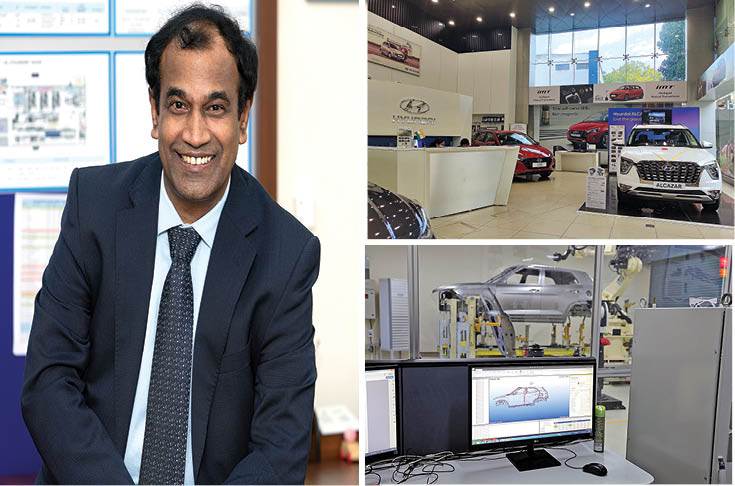 It is thanks to this thought process that the company is able to meet customer needs for petrol/diesel at any point in time which keeps “varying for a host of reasons”. The engine plant can produce both fuel options on a single line and this is very important “as we go forward”. It also explains why “we are able to give so many choices to the customer”.

The same thought process extends to transmission where the choice is left to the market while the options on hand include manual, automatic electrically operated AMT as well as intelligent manual transmission. “All these initiatives on fuel and transmission have been done and we are now preparing for the future to convert this into flexibility to the power of 2,” explains Mani.

Industry 4.0 at work
Additionally, Hyundai is keen on working further on IoT enablement in the plant. As he says, when people have been talking about Industry 4.0 in the last five years, very specific equipment has been used by the company for a larger objective. Legacy machines, existing ones and also the future when more are likely to come…”close to 2,430” were connected in the last three years.

Mani says this spawned more than 12 billion data points everyday which are used for a host of purposes. “When you want to keep your machines running all the time, there is only a 12-14 hour window on Sunday and problems can be foreseen a week or month in advance,”’ he adds.

This helps the company handle these issues through planning and has contributed to enhancing output of cars to a large extent. The team has also developed 105 self-learning machines which can self-correct and there is really no need to be worried about quality.

Hyundai has already defined its future as a mobility solutions provider which caters to electrification, autonomous and ADAS (advanced driver-assistance systems) as key focal points. In terms of connected cars, the company started with 33 features in the Venue, going up to 40 in the Verna and over 50 in the Creta and now 65 plus in Alcazar.

“Beyond connected features, the next priority is ADAS to make the customer’s job easy. We have started facilitating new technologies on the shopfloor and various other activities to upgrade our existing facility,” continues Mani. 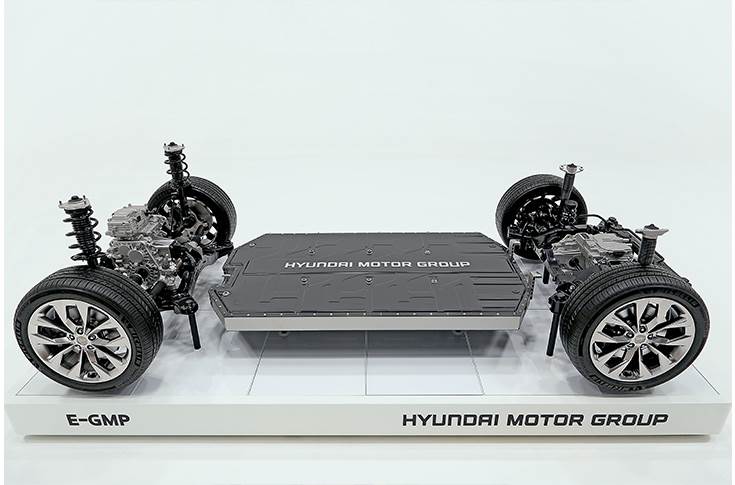 Based on the electric global modular platform (E-GMP), there are 25 vehicles already ready at HQ in South Korea and when India is ready, “we will produce and roll them out from here”. What is critical here is infrastructure where work is already underway to seamlessly integrate the existing platform with the global manufacturing system.

“We have already introduced the Kona and learnt how we can manage it,” he says. Going forward, the requirements will be higher as more models enter the mass market but the team is confident that it can rise to the occasion. As far as “people readiness” for the challenges ahead are concerned, Mani says the average experience of the workforce on the lines is 10-15 years where their skills are constantly being improved.

These were the same people who handled the situation when robots entered the picture and “even for EVs and ADAS systems they are learning all the time”. More importantly, this will also mean handling all four options — petrol, diesel, CNG and electrification — on a single line at any point in time.

And for future talent, Hyundai is getting ready to set up HATS (Hyundai Academy for Technical Skills) since getting the right talent is absolutely critical for the future. HATS will turn around skilled employable trainees every year who can learn on the job.

Servicing is another important area for understanding electronics and this is where hybrid knowledge is the way forward. As Mani says, people have to move on beyond just mechanical, electrical or electronics to understand more about mechatronics.

“There are a host of colleges in Chennai which are churning out bright people and we have our own employees to train where we have tie-ups with institutions like IIT Madras,” he adds. The idea is to handhold and create data scientists working on the shopfloor who go beyond the role of engineers. “We have 100 different young data scientists helping us and they came in a couple of years from reputed colleges,” says Mani.

Plans are now underway to forge alliances with IIT Delhi as well as other institutes in the country. The key change today is that everybody within the plant works today as if it is a startup company “and this mindset is important to constantly raise the bar”. There is constant learning when it comes to new technologies and it is an “amazing journey to freedom and creativity”.

The lockdown last year following the pandemic ended up imparting valuable lessons in virtual reality. “In 2020 when the lockdown was announced, we were clueless about what would follow in terms of work-from-home,” recalls Mani.

With two months of stoppage, 30-40 percent of people started working digitally on the exercise of installing new machinery. The key was to visualise everything that would come in which meant conceiving, verifying digitally and then acting. When the opening up happened, there was a brief break of a week and installation followed quickly since the digital sequencing was already in place.

On the shopfloor, it was as important to ensure worker safety and this is where contact had to be minimised as far as possible. The company realised that every individual touches 1,200 points once they come into the factory and it was therefore important to realign and rearrange a host of changes across locations. This included people, materials and the “execution has been flawless since we reopened”.

Hyundai has been around in India for 25 years now and the Chennai plant is one of its earliest ones commissioned worldwide before the Korean automaker began expanding its footprint to a host of countries. Mani  travels every six months to share work practices across Hyundai’s operations. Going forward, more teams from India are likely to go to other plants for helping out with projects and install machinery.

Eventually, it is about sharing experiences and benefiting from others' learnings be it from plants in North America, Europe or Asia. “We need to be open to cross-learning.
Our ideas are also effectively implemented elsewhere across Hyundai,” says Mani.

This feature was first published in Autocar Professional's September 1, 2021 issue.