A revelation into how susegad Goa once was the place for imported cars. 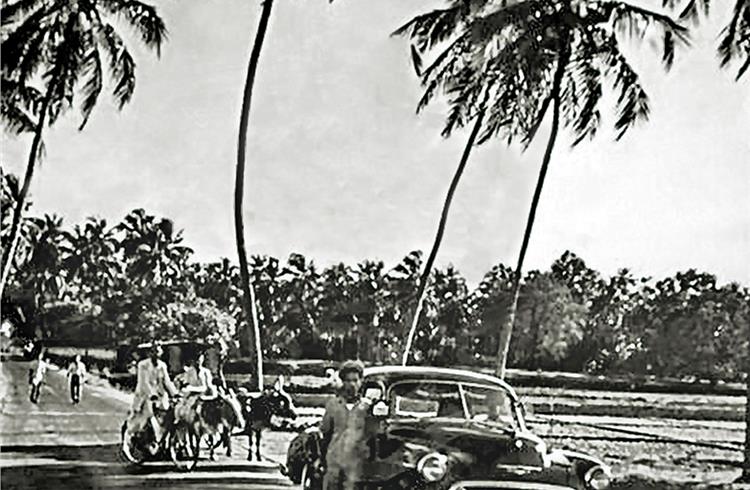 A look back into the land of sun, sea and frolic that also had a rich automobile history that’s now long forgotten.

Sights and tales of Goa’s gorgeous beaches and magnificent architecture are renowned the world over and have inked pages of many a glossy magazine. This, however, is Autocar Professional and instead of sunny beaches, gorgeous churches and other snippets of Goan history, we take you back in time to be part of its automotive journey. And the period is from 1947 to December 1961 before Goa was liberated from the Portuguese.

Post-independence in 1947, India’s socialist government meant that by the mid-1950s, one could only choose between Hindustan Motors, Premier Automobiles, Standard or Mahindra & Mahindra. Carmakers like General Motors, Ford and the Rootes Group, which offered Hillman, Humber and Sunbeam, had exited India by then. However, a Goan, at least until 1961, could import any car from anywhere in the world. 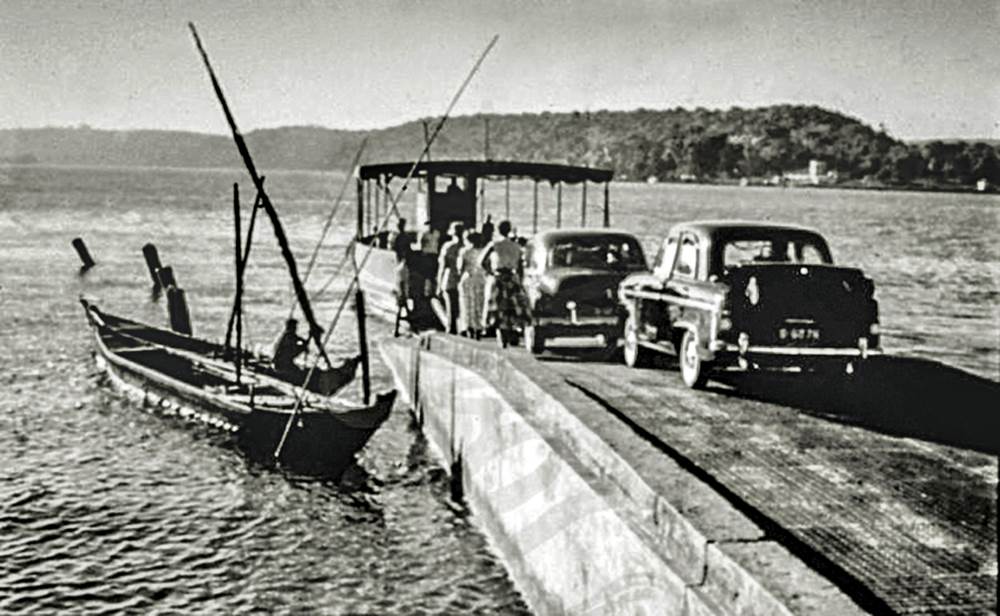 Giving me more insight into that period, Angle says, “Goa had more than 30 different importers and dealers for cars before liberation. Vehicle imports usually landed on Goan shores, astride any of the three Portuguese ships – the NM Timor, NM Rovuma and SS India.” What about promotion? Car dealers would waste no time in buying advertisement space in local dailies and periodicals to market their latest four-wheelers. The more established dealers would display new cars and also feature ads at the talkies. Established dealers would project colour advertisements at the movies.

However, sellers had to employ some novel techniques. Pushkar Joshi, a third-generation automobile dealership owner, recalls, “Selling cars was a different ball-game back then. My father, Vasant Joshi would often drive around town with a new import to attract prospective buyers. Once, during one such outing in a freshly imported Wolseley, he stopped to buy a loaf of bread. The baker was very impressed with the car but was hesitant because of the high asking price. Sensing this, my father gave him the option of monthly payments and with a token amount or sinal (in Portuguese) handed him the car. Sometime later for my sister’s wedding, the very same baker provided the bread free of cost!

Trust, word of mouth and respecting the dignity of an individual were very crucial factors and could easily make or break one’s reputation overnight.” Many of these dealers entrenched themselves in the business so much so that they are still selling cars in Goa today. 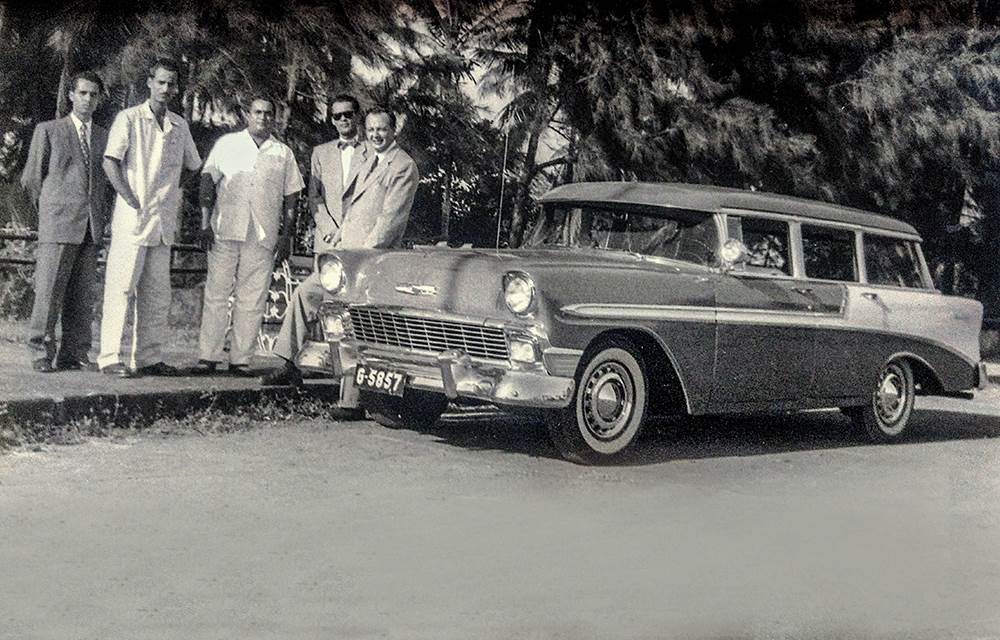 A GM representative down in Goa for visit and a ’56 Chevy Bel Air Beauville.

Dr Robert Hepp, a German national who came to Goa after World War II, imported a VW Beetle in 1956. Thereafter, he opened a dealership in Panaji and the brand, especially the Beetle, proved to be very popular with locals. According to Avelar Barretto, a restorer of VW cars in Goa, “Volkswagens, with their strong build quality and go-anywhere nature, were very reliable for the time. The German brand became a bestseller in Goa and close to 1,000 VWs were sold, the majority of them being the Beetle and Type 2 van, along with some Karmann Ghias and 1600s.” 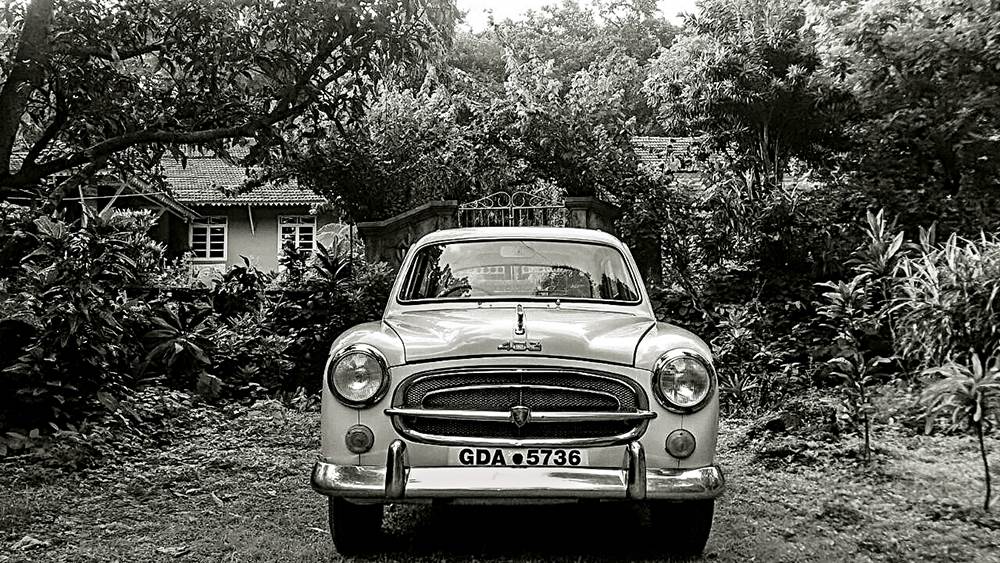 French carmaker Peugeot was a popular choice for a taxi. Featured here is the 403 sedan.

Affordable cars, with prices ranging from Rs 8,000 to Rs 15,000, like the Austin Cambridge, VW Beetle, Ford Consul, Mercedes 180 and Morris Oxford made up the bulk of the sales. The elite preferred larger brands like Mercedes-Benz, Cadillac, Chrysler, Oldsmobile and Lincoln, which cost between Rs 20,000 and Rs 25,000.

“The Governor-General of Goa was chauffeured around in a black Cadillac Fleetwood Series 75. This 20.5-foot-long limousine was powered by a 6.4-litre V8 engine and came replete with power steering, an electrically adjustable glass partition and electric windows including quarter panels. Also part of his garage was a Mercedes 220S limousine. Prominent industrialists like the Dempo family had a Cadillac Series 75 sedan in their fleet, while their counterparts, the Chowgules, preferred the Chevrolet Bel Air. A Ford Fairlane was used by the Directorate of Accounts, while the general manager of Banco Nacional Ultramarino owned a 1954 Lanchester Leda. The American Lincoln was the preferred choice of both the Portuguese Military General as well as Goa’s Archbishop Patriarch,” reminisces Angle. 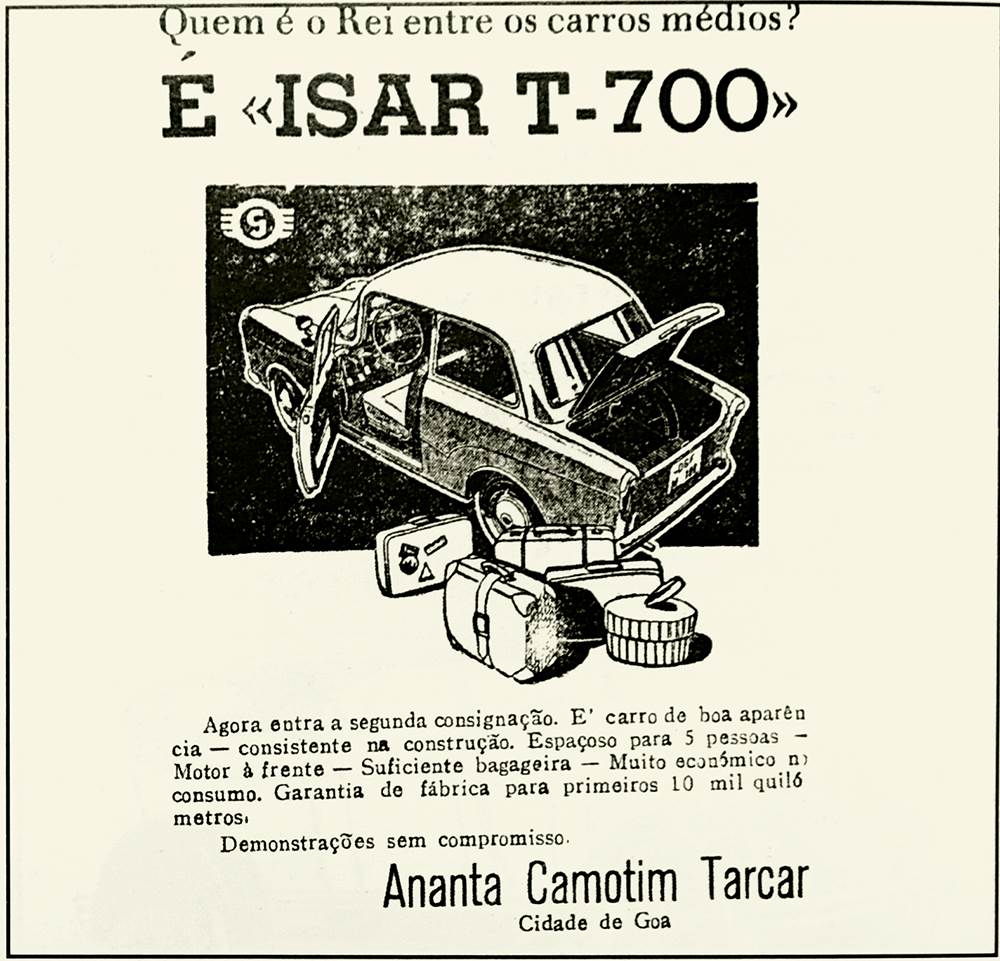 The Willys Jeep CJ was the popular choice among those who had to negotiate off-road conditions prevalent in Goa’s mines. Other choices in this space included early versions of the Land Rover, the Toyota Land Cruiser and the Nissan Patrol.

Interestingly, some of cars that were imported in the 1947-1961 period are in the unique position of being the foremost examples of their kind in India today. A consignment of the first edition of the iconic Morris Mini was imported by Auto Serviço Limitada in 1959. The five cars, two of which still remain, were the very first Minis to make it to India. If antecedents can be verified, there could be a high probability of discovering several other cars (maybe a 1961 Volkswagen Karmann Ghia, a 1960 Datsun Fairlady or a 1957 BMW Isetta bubble car) that could potentially have such claims.

Back then, getting a driving license was no easy task and involved a gruelling driving test with the Comissão Técnica de Automobilismo (a military man with a rank of captain or higher) or, simply put, the director of transport. Commit the smallest folly while driving and you’d be disqualified immediately. Taxi-driver license seekers had an additional requirement of learning basic mechanical skills to tackle running repairs. 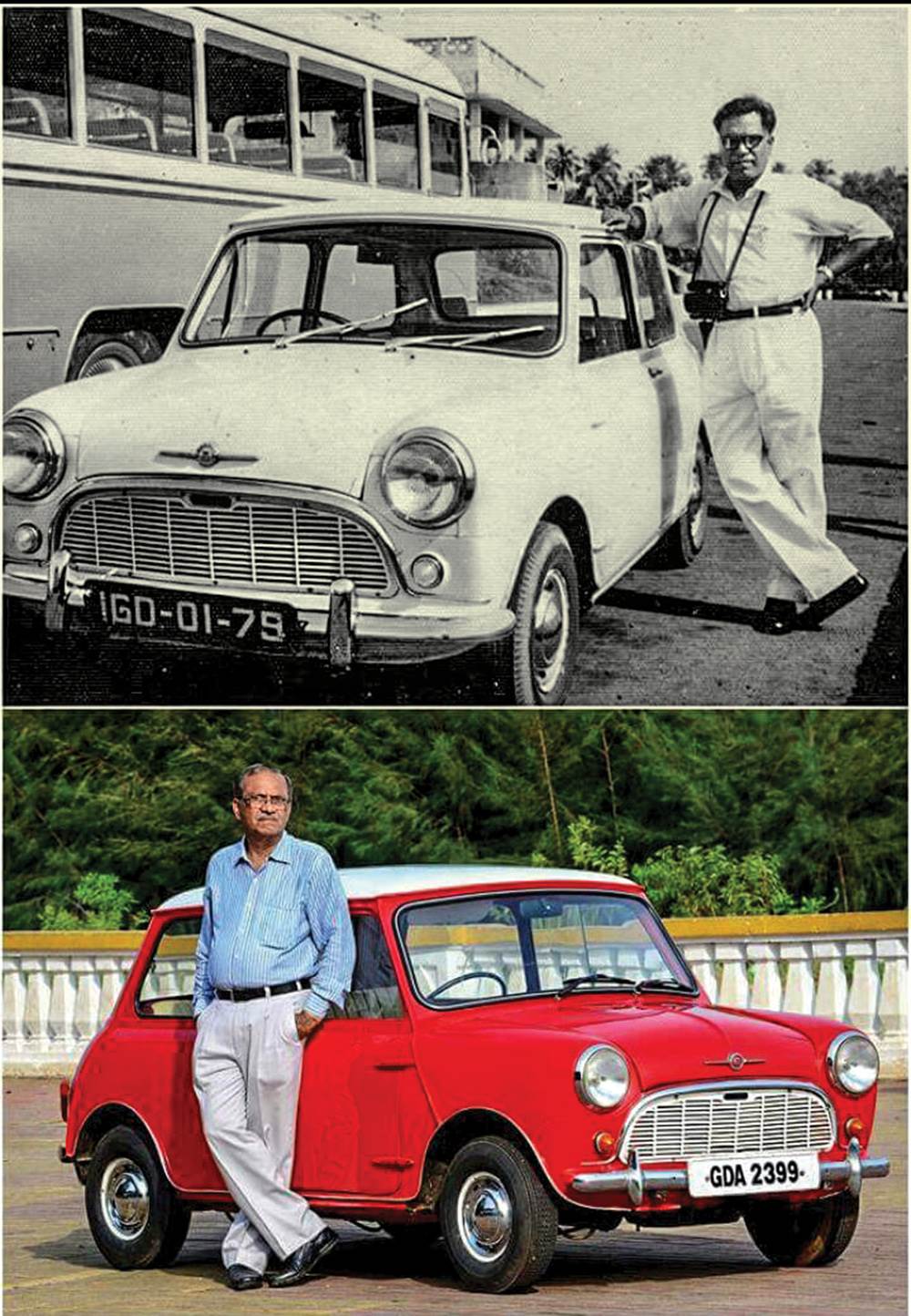 Post-liberation, Goa became a Union Territory and started to assimilate with the rest of India (it achieved statehood only in 1987). Imports of cars stopped entirely in the subsequent years and soon the Fiat 1100, HM Ambassador and Mahindra’s jeep became mainstays.A majority of Goans, however, relied on public transportation. This comprised of the Camião, Carrera, locally assembled people carriers and buses. Taxis, too, were a common mode of transport and mainly comprised the Ford Consul and Anglia, Vauxhall Velox, Cresta, Peugeot 403, Morris Oxford and Cowley, and Mercedes-Benz 180. A service, referred to as piquete, was put into effect and it ensured that 24x7, at least four taxis were available outside police stations in case someone had to get somewhere in an emergency; all this at regular fares. Motorcycle taxis were also widely used. The fleet included BMWs, Sunbeams, Nortons and Zundapps. This concept continues even today, but the bikes are now smaller and more fuel efficient.

Of late, though, there seems to be a resurgence of interest levels for these automobiles and quite a few are embarking on journeys to restore barnyard finds. Pradeep Naik, who runs the Ashvek Vintage World car museum in Nuvem, Salcete, is one such enthusiast and has quite a collection of old cars and automotive memorabilia of that era. Also, the state’s annual vintage car rally sees a gathering of many of these old beauties. If you really delve in, you’ll unearth a slice of automotive history that’s hidden away in our country’s smallest state, and is one that’s worth protecting, preserving and savouring.