Here's a hybrid system that does away with dependence on conventional batteries and promises on-board charging, no battery pack replacement and far lower costs. 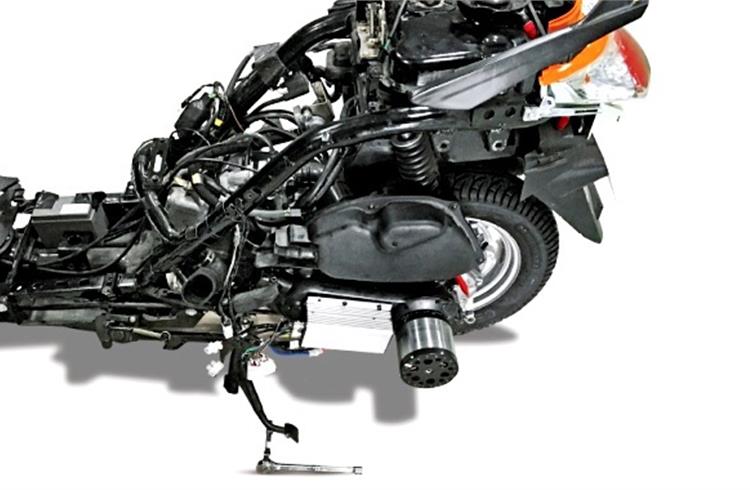 Battery-fuel hybrid technology, while still far from being considered mainstream, is not niche either. Overseas, the hybrid market is quite developed and virtually every manufacturer has some hybrid on offer. In India too, various types of hybrid vehicles are on sale and are finding quite a few buyers.

Hybrids can be classified into three categories based on their assists. The first, called Micro Hybrids, are basically start-stop systems that switch off the engine automatically when the vehicle is stationary and the battery powers the electrical equipment. 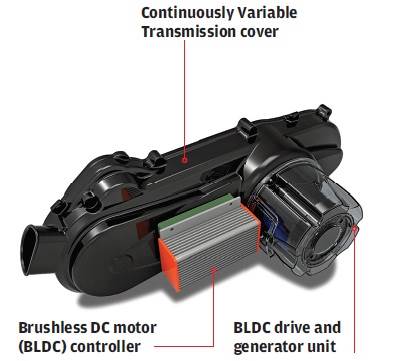 In any application today, be it vehicles, standby systems or even phones, the battery is considered the weak link with costs, weight, charging and back-up time all lagging behind what the application demands.

In the case of hybrids, micro and mild hybrids typically use lead acid batteries with bumped-up capacity while the full hybrids use far higher capacity lithium batteries. Lead acid batteries, while cheaper in costs, are heavier and offer a longer charge and lower capacity. Lithium batteries are generally smaller in size for a given capacity and have good charge and standby times but are far more expensive and in both cases, the lifecycle may not last the life of the car.

That is where some companies like one called Ayataiq (AIQ) promise to change things, not by improving the battery technology but by eliminating it entirely and relying instead on ultracapacitors.

Capacitors are electronic components that can store energy and are typically used as temporary batteries. They are the cylindrical or round components you see sticking out of circuit boards in most electrical and electronic devices.

Ultracapacitors, simply put, are high-capacity capacitors that can store larger amounts of energy. It is here that things get interesting; ultracapacitors benefit from the inherent characteristic of capacitors in that they charge and discharge very quickly and effectively and thus don’t need external charging when used in an automobile. They also don’t wear down or deteriorate and so, usually, can outlast the life of the vehicle; so, no battery replacement costs. However, one big limitation is that during discharge, the voltage is not steady and drops and so, the energy level available for use is significantly lower than the lead acid or lithium batteries where the voltage remains constant until discharged. 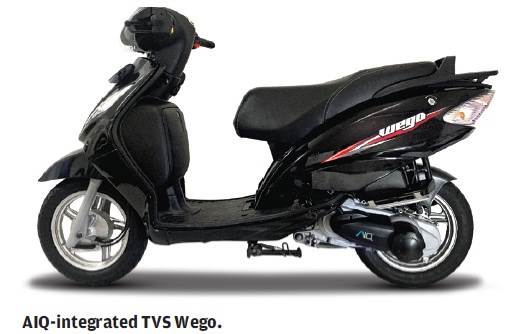 But systems today have been developed to work around this and ultracapacitors are used in automobile applications to store energy in regenerative braking systems and in start-stop systems for cranking and voltage stabilisation.

The Ayataiq system uses ultracapacitors as a power source in a full hybrid setup. Being capacitors, the charge cycle is very quick and thus, charging the pack is done fully on board while the engine is on. This does away with the need to plug in and charge.

The company has fitted a mass-market Indian scooter with the system and the vehicle can be ridden from rest to 30kph with ultracapacitor power. The system can also be used under dual-power mode with both the ultracapacitor and engine power. In August last year, the scooter was tested at the ARAI test facility in Pune using the homologation drive cycle IDC (Indian Drive Cycle) and an average of 38 percent fuel was saved compared to its standard counterpart.

Compared to an expensive lithium-ion battery system, the ultracapacitor system is far cheaper, does not need replacement through the life of the vehicle and with charging on board, also does not require any charging infrastructure. This makes it very useful in emerging markets like India. Ayataiq is currently working fast towards commercialising the two-wheeler system and also a four-wheeler system. The company is quite keen to bring this technology application to India and is in talks with two-wheeler manufacturers who have also independently evaluated the results at their own facilities.

What is the difference between a hybrid system and the ultracapacitor?

The system is continuously transitioning between electric and internal combustion engines when it’s most efficient to use them. As a result, our system is smaller, lighter and costs less. Our total system weight (two-wheeler) for all components is around 5kg. It also eliminates the inconvenience of manually charging, which is a major roadblock for EV and PHEV uptake.

Is there a possibility of a switch by the automotive industry to ultracapacitors?

There is no one-size-fits-all approach to the auto industry, but U-caps will certainly carve out a considerably large segment in an increasingly regulatory environment, simply because the value proposition of U-cap hybrids is convincing whereas competing technologies are not. That said, there are three things that are required to help U-caps go mainstream:

- Large manufacturing volumes to reduce the cost of raw materials.

- Proprietary design of the electrode to reduce resistance and ultimately reduce the number of cells and cost.

- A control method that utilises the positives of U-caps, high efficiency and useful lifespan, but also overcomes the shortfalls of U-Caps, cost and short-term available energy. 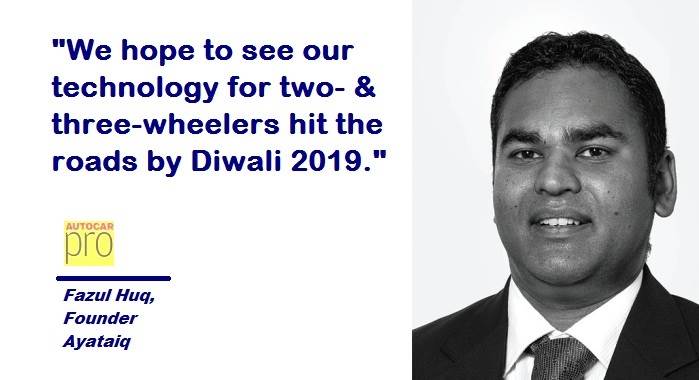 What are the challenges in the development of ultracapacitors?

We don’t develop U-caps, our manufacturing partners do, but we work closely with them. That said, U-caps have historically been packaged for consumer electronics. Without significant early volume, design changes for automotive applications have taken several years. The industry overlooked the importance of control methodology, which has been critical in achieving fuel savings to the tune of 30 percent, which is no small ask from any technology.

What is your opinion on the possibilities/hurdles in the commercialisation of ultracapacitors?

As far as we know, we are the only company in the world which has cracked the code. Our breakthroughs are still relevantly fresh and we are working through the commercialisation stages. Like all product programmes, there is a process for evaluating technology, setting targets to delight consumers, a proper validation to ensure reliability and safety. This is the normal process when working with automakers and this is what we are doing now. We hope to see our technology for two-wheelers and three-wheelers hit the roads by Diwali 2019.