Andy Palmer, CEO of Aston Martin reveals that the car maker has decided to take the full electric route but not for the adrenaline-rush-providing cars it is known for. 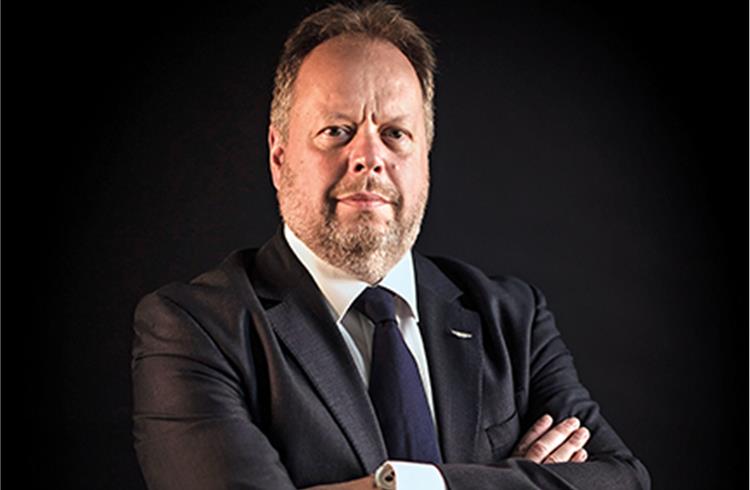 Andy Palmer, CEO of Aston Martin reveals how the British sports car maker aims to be the first luxury car maker to truly embrace modern tech and the efficiency of electric car design.

When Andy Palmer took over as the CEO of Aston Martin in October 2014, his main aim was to turn the British marque into one "that can stand on equal terms with Porsche, Ferrari and Bentley."

While he is working on realising part of that aim with a new set of scorchers powered by internal combustion engines to race against Porsche and Ferrari, the challenge to Bentley (and Rolls-Royce) will be a clean one, or electric in other words. "The Lagonda concept, as you know, will be there to challenge the duopoly of Rolls-Royce and Bentley," says Palmer in an exclusive interview with Autocar Professional. The Lagonda brand has been revived to lead Aston Martin's charge in the electric mobility space.

Aston Martin gets ready to embark on the electric mobility journey after achieving a turnaround in its financial health. At the end of 2017, Aston Martin reported a profit-before-tax figure of 87 million pounds, the first time after 2010. A total of 5,117 Aston Martins were sold during the year, 58 percent more than in 2016.

The Lagonda Vision Concept, which had a global unveil at the Geneva Motor Show last month, is likely to see the production version by 2021. That will be part of the company's "portfolio expansion" period which begins next year. Before that is the "core rebuilding" phase which includes strengthening the key models – DB11, Vantage and Vanquish. 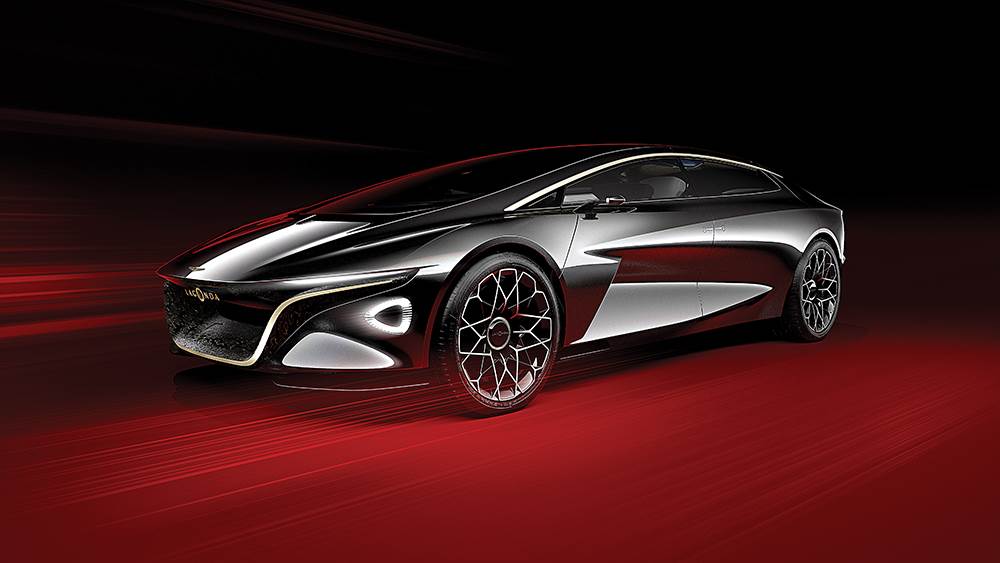 But won't an electric car be a contrast to the adrenaline-pumping character that driving enthusiasts seek in a machine from a sports car maker like Aston Martin? Palmer doesn't know yet how the electric mobility megatrend will pan out, but he feels going electric is a "no-risk" strategy to compete against Rolls-Royce and Bentley in the super luxury segment. "Lagonda is going to compete with Rolls-Royce and one of the key attributes of a Rolls-Royce is that it is very quiet. And obviously the electric car is even quieter," says Palmer. While that business gains pace, the traditional sports car models of Aston Martin could remain the traditional adrenaline-rush providers.

With the Lagonda, and future electric models, Aston Martin wants to be the Tesla of the premium luxury space. The company is working on building capabilities and supply chain for electric vehicles. The powertrain, like its V12, will be fully proprietary.  The motor, battery and cells will be bought from outside and packaged in-house.  Palmer says, "In powertrain technology, we want to keep complete control over our V12 engine, which is the heart of an Aston Martin, and we want to keep control of the electrical motor because we think this is important going forward."

The arrival of megatrends like electrification, autonomous driving, connected cars has also accelerated the need for collaboration. Aston Martin is no exception. It needs technology partners. There's one in "big brother" Daimler, also a 5 percent stakeholder in Aston Martin, if it wishes to tap. Daimler has announced its plan to build a portfolio of electric cars under a new brand called EQ. "We are fortunate to have access to their electrical architecture and their engines and maybe other stuff going forward," says Palmer.

As the car market evolves and electric mobility grows in India, would the Lagonda be offered to customers here? Palmer says, "Why not?" But given that India has a high import barrier to exclusive cars, Palmer has a suggestion for the government which is promoting electric mobility. "Look at the success of electric cars in Norway, which has high import duty. They have zero import duty on electric cars, which are now top sellers in Norway. So. hopefully. India can look towards that as a benchmark," says Palmer. But then it will also pose a dilemma to the government as a car like the Lagonda will fall in the luxury segment which almost by default attracts a higher tax.