Mumbai-based Artem Energy Future has announced plans to develop what it claims will be the world’s safest electric scooter. It has a roadmap for three two-wheelers over the next five years and plans to raise Rs 35 crore under series A funding. 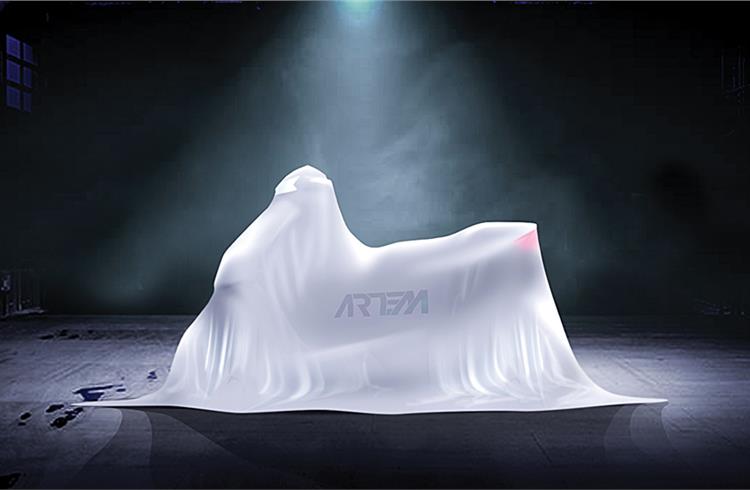 Mumbai-based Artem Energy Future is yet another young startup that joins the electric two-wheeler bandwagon. The company has announced plans to develop and sell what it calls the 'world’s safest electric scooter' in the near future.

The 20-member team at Artem Energy is looking to raise about Rs 35 crore under series A funding required for commercialising its product(s) and for the development of the infrastructure and technology. The company has a strategy for three products over the next five years.

Speaking to Autocar Professional, Rajit Arya, founder and CEO, Artem Energy Future, says, “We have a three-pronged approach for market rollout. First is the electrification of vehicles that can be practical and also affordable for the Indian market. Secondly, we want to use clean energy for the recharging system by locally generating energy and thereby reducing the dependence on the grid. Our third focus area is safety.”

On the product side, Artem plans to develop three products starting with a premium electric scooter, named M9. According to Arya, this flagship scooter will be equipped with best-in-class battery configurations and several ADAS (advanced driver-assistance systems) features to enhance its safety package.

The company release states, “The M9 will include unprecedented ADAS previously seen only in luxury cars. The vehicle is being developed with several industry firsts: 90kph top speed, 0-50kph in 6 seconds and a range of 100km per charge. Artem is taking a unique approach to EV practicality by allowing the M9 to be charged by an onboard fast charger, as well by swapping batteries.”

Recounting his previous assignments, Arya recalled, “The venture started in November 2016. Prior to that, we were working as a research lab since 2009. Now that our roadmap is very clear as we know what products we want to build, and also has built one product in the past and having piloted with that product, we are very confident that we will be able to raise external capital for further developments.”

“We are looking at closing the series A funding round in the next 2-3 months. We are currently looking at raising US$ 5-6 million (Rs 35 crore),” adds Arya.

On the battery front, Arya says, “We are currently testing the on-ground configuration. In the coming months, we will prepare the final configuration. What I can disclose as of now is that the M9 will have the highest capacity in terms of battery capacity and running range. The M6 will have a lower running range but with a lithium-ion battery.”

He claims that his team has internally worked upon the battery pack, the battery management software and charging controller. “We have designed all power electronics in-house,” says Arya. Artem Energy is also looking to ramp up its team strength to 90 people by end-2018.

On the technology side, the startup has a well-planned safety strategy for ADAS features, which is split into two parts – prevent a collision from happening and if the collision occurs, how to help the rider.

Without giving details, Arya mentions that his team has been working on several features including collision avoidance system for the electric scooter(s). “As a company, our vision is to develop the world’s safest electric two-wheelers. When we become an established company, we want to be known as the world’s safest two-wheeler brand,” he says.

Artem Energy plans to begin its pilot production and pilot run by the end of 2019. These pilot runs would stretch beyond the test labs and will be conducted across nine states riding on different terrains and in varying temperatures.

Notably, Artem Energy also has a plan for the distribution of clean energy across a network. “All the energy that our vehicles will consume will be generated through a local source. The locally generated energy will power the battery swapping and charging network. All I can disclose for now is that the energy distribution network for generation, distribution, storage and supply will come up alongside our vehicles,” he signs off.