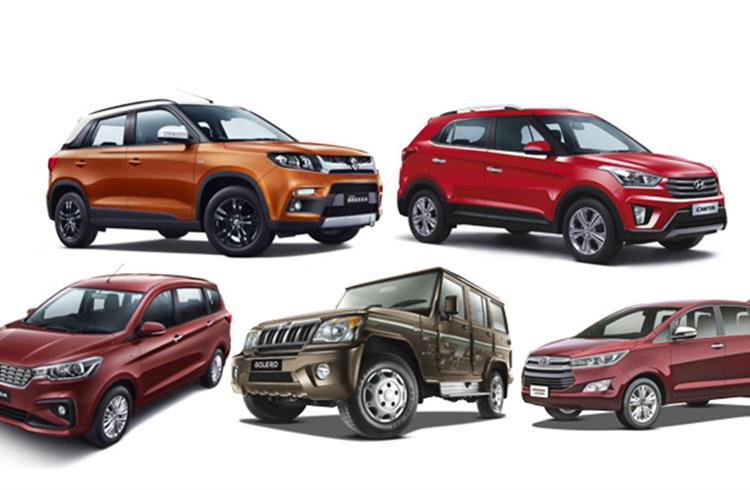 Utility vehicles (UVs), the once flourishing segment in the passenger vehicle (PV) space which was accelerating at a growth rate of close to 20 percent in FY2018, has now come down dramatically with overall growth until the penultimate month of the ongoing fiscal being pegged at a mere 2.09 percent.

While high interest rates is one key factor impacting PV sales in urban India, a liquidity crunch has hampered sales of UVs, most of which come from the rural and semi-urban areas. However, with upcoming elections, the sub-segment has seen some uptick in February with overall sales of 83,245 units  (February 2018: 80,271) and marginal growth of 3.70 percent.

The SUV segment may be down but it is not out for sure and some of the luxury sedan specialists in the world are taking notice of changing consumer preferences. Some OEMs are readying to enter the Indian market with their UV offerings. Kia Motors with its SP2i Concept, MG with the Hector and more immediately, Tata Motors with the seven-seater version of the Harrier are examples.

Let's have a look at how some of the best-selling UVs fared in February:

Maintaining its stranglehold on the market, Maruti Suzuki India’s Vitara Brezza continues to lead the pack of the top five UVs, albeit with sales remaining flat at 11,613 units in the month (February 2018: 11,620). The popular crossover has been unfazed by the competition wherein Ford India's Ecosport or even the well-priced Tata Nexon haven't been able to deter the Brezza from its impregnable position in the market.

The popular compact SUV went on to surpass the 400,000 units sales milestone in February, with the milestone coming up in less than three years of its launch in March 2016. The Vitara Brezza holds a sizeable 44 percent of the UV market share in the country.

At No. 2, the Hyundai Creta too maintains its position with sales on the uptick and clocking 10,206 units (February 2018: 9,278). Hyundai has recently added more features to the popular crossover and has introduced a segment-first feature of ventilated seats in a new top-of-the-line SX Executive variant, priced at a premium of around Rs 30,000.

Making a positive buzz ever since its launch in November 2018, the latest Maruti Ertiga makes its way into the February tally, ousting the Ford Ecosport. The MPV went on to sell 7,975 units and given its fresh appeal in a well-balanced new package, this Maruti has the potential to set new milestones for the company.

At No. 4, the rugged Mahindra Bolero drops one position, the liquidity crunch clearly having impacted sales of this workhorse. The Bolero sold 7,974 units in February, as against 8,001 units sold in the same month last year. Interestingly, with new safety regulations set to kick in from October 2019, Mahindra is in the works to give a major update to the Bolero in order for it to conform to the upcoming crash-and pedestrian-safety norms.