Giles Taylor has designed the Phantom and Cullinan, so why join a little-known Chinese car maker? 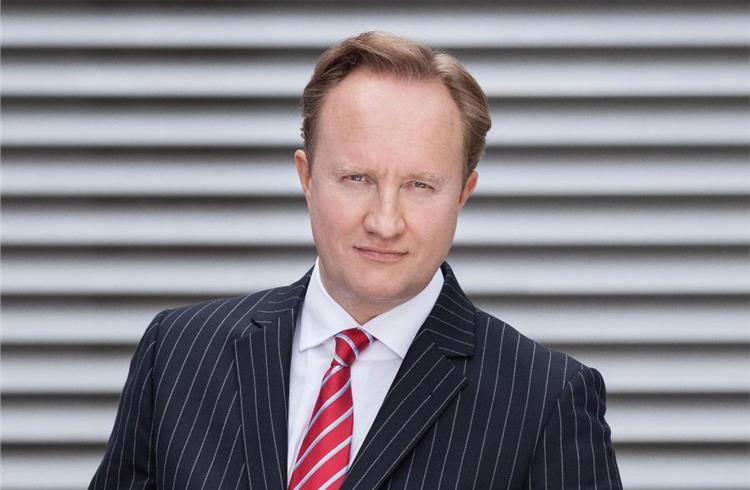 Eyebrows raised this morning as it was revealed that it was Chinese car maker Hongqi – part of the FAW Group – that had lured Rolls-Royce head of design Giles Taylor to quit his seeming dream job.

Why, you might wonder, would he want to do that?

Cynics will say for money, of course. They may have a point. It’s a motivator for most people. But for what little I know of Taylor, and without having been able to talk with him about the move, I doubt the story starts or ends there.

Timing is part of it, I’m sure. After six years heading up Rolls-Royce’s design team, Taylor can put his name to both a new Phantom and the new Cullinan, among others. He’s also guided a future design path, with the Vision Next 100 concept.

A new Phantom is as big as it gets. Redesigning, to huge acclaim, an icon of the industry is as special a project as you could imagine.

Meanwhile, creating an all-new flagship SUV for the brand is as big a challenge as he is likely to face – and, while it may be fashionable to snipe at present, I bet the tide soon turns on that one.

As a result, I reckon there must have been a bit of Taylor’s mind that was thinking "What next?".

Of course, he could have stayed where he is, under the wing of BMW’s design group, but with the responsibility of leading the world’s quintessential luxury brand. Doesn’t sound a bad gig, does it?

But Taylor has always shown ambition, moving from PSA to Jaguar to Rolls-Royce on his upward climb. On the cusp of turning 50, it’s not unfair to argue that he has already achieved more in his career than many will achieve in a lifetime.

So, perhaps he concluded that he had two choices: to stay in one of the best jobs in the world or to face entirely new challenges. For restless, ambitious minds, sometimes even the best job in the world isn’t enough.

If you agree that no established car maker could match what’s gone before, the curveball of looking east starts to make more and more sense.

While today’s FAW announcement is brief and scant on detail, it suggests that Taylor can stay in his adopted home of Munich and build a team to his liking. That’s quite a vote of confidence from his new employer and, I'd say, quite an extraordinary challenge for him. Imagine someone knocking on your door and saying "We like what you do, and we’re prepared to invest in you to create, as you see fit, from scratch".

And again, perhaps, his age is significant; if, as I imagine it must be, his brief at Hongqi is to build a credible luxury brand from scratch, a job that most car people will tell you would take 20 years at least if everything goes to plan, he had to make his move now.

Finally, it’s worth noting that FAW is one of China’s big three car makers. It lacks nothing in terms of funding or scale. Now, it appears, it has ambition, too.