The bigger problem this time though is that when fuel prices remained unchanged during the elections, oil companies were bleeding badly since they were losing money at the retail end. 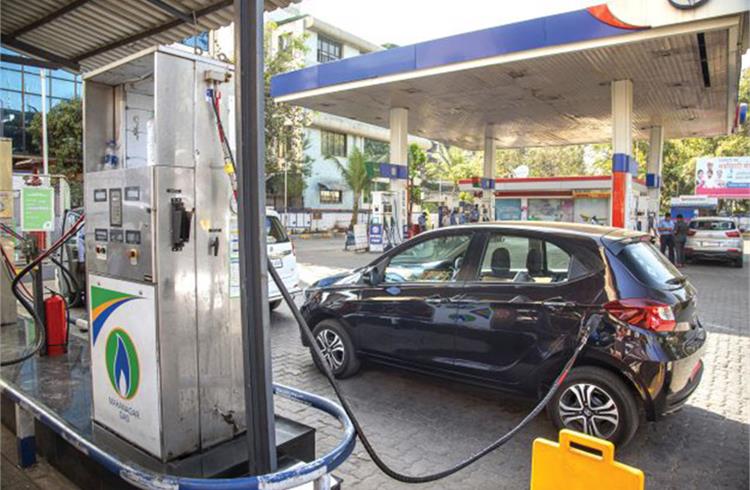 It was earlier this year when we had a cover story on oil prices spinning out of control and this was before Russia decided to attack Ukraine and throw the world into a tailspin.

Crude prices were then prevailing in the $90/barrel range and skyrocketed to nearly $140 when the war had everyone rattled. They continue to remain high at over $100/bbl with Indian consumers paying through their nose for petrol and diesel.

The Centre has quite predictably placed the blame on the Ukrainian conflict which is quite true but how does one explain the fact that prices remained unchanged during the assembly elections? The man on the street knows fully well that politicians will go the extra mile in winning votes and the last thing they would do is to burn a hole in the voters’ pockets.

No wonder that people have turned cynical about the political class and it has little to do with the BJP or Congress. This trend of not increasing fuel prices during elections is par for the course and it is almost amusing to see how moods change after the last vote is cast.

The bigger problem this time though is that when fuel prices remained unchanged during the elections, oil companies were bleeding badly since they were losing money at the retail end. Ideally, prices should have been constantly hiked even then but then voters would have been furious. The Centre had no option but to hike prices now to protect the oil companies except that it has come a little too late.

Soon after votes were cast in the assembly elections and the BJP swept back to power in most of the States, came the not-so-palatable news of fuel price increases. The Centre decided to soften the blow by going in for small doses of 80 paise daily which swelled up to over Rs 10/litre in less than a fortnight.

Customers were not amused with petrol and diesel now retailing at absurdly high levels of over Rs 100/litre and continuing to rise. Tempers are rising too but with a political opposition that can be best described as fragmented or just apathetic, there have been practically no protests on the streets like what was typically witnessed in previous regimes.

Anger, however, has already surfaced among the driver fraternity of Ola and Uber cabs since CNG prices have also seen a hike while metered fares remain unchanged. As my colleague, Amit M Vijay writes, drivers are now switching off the air-conditioning in their taxis simply because they cannot afford this extra burden. This is no laughing matter at a time when summer has set in with a vengeance across India and customers have no choice but to pay up extra if they want to stay cool in cabs.

It is quite natural for users of Ola and Uber to flay drivers for this callous attitude but one must spare a thought to this community which is struggling to keep afloat in these impossibly difficult times. Families are paying more for cooking gas already and to subsidise transport is the last straw for a driver who is already finding it difficult to make ends meet.

India and the rest of the world will be hoping that crude oil prices will dramatically crash in the coming weeks except that there is no telling how long this war will last. The Centre can still soften the blow by reducing excise duties on petrol and diesel but can it lose out on revenue? Things will come to a head if public anger were to spill onto the streets as what is happening in Sri Lanka today but, hopefully, this will not happen.

This issue has some interesting stories including the views of global leaders from Skoda Auto and ContiTech who are bullish on India and its immense potential going forward. Good news is always welcome at a time when there is hardly anything positive going around. China is still struggling with a renewed Covid outbreak while the masks are off in India. Hopefully, we are at the endgame of the pandemic.

(This editorial appeared in the 15 April issue of Autocar Professional)