The combined effect of new regulation and test results of ‘Safer Cars for India’ is raising levels of occupant protection. We are starting to see new models including airbags as standard and some manufacturers are achieving three- and ‘four-star’ ratings. 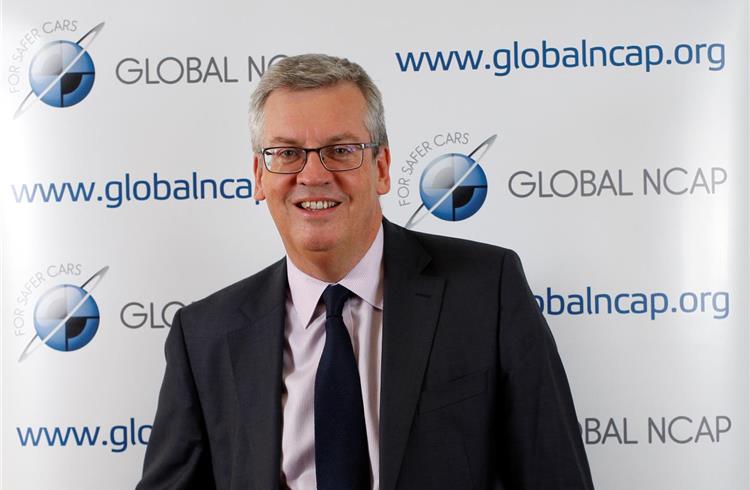 Four years ago, Global NCAP’s ‘Safer Cars for India’ was launched, revealing that many popular models would fail the United Nations’ frontal impact crash test. Reaction to these ‘zero star’ results from some senior figures in the automobile industry was quite hostile. Andy Palmer, then vice-president of Nissan, complained that “people who criticise these cars for not meeting US or European crash standards are living in a dream world.” But things change and dreams come true. Andy Palmer is now running Aston Martin – I guess a dream job for him – and India now applies the UN crash test exactly as Global NCAP hoped.

This year the Indian automobile market has become the fourth largest in the world after China, USA and Japan, but alongside growing demand for motor vehicles are clear signs that a market for safer cars is growing too. Back in 2014, at the time of the first ‘Safer Cars for India’ results launch, we were told there was no interest in airbags and that Indian consumers were far too price sensitive to be concerned with safety. Today, the combined effect of new regulation and the test results of ‘Safer Cars for India’ is raising levels of occupant protection. We are starting to see new models including airbags as standard and some manufacturers are achieving three- and ‘four-star’ ratings.

An interesting example of progress has been the evolution of the Renault Kwid. We tested the early version of the car in 2016 and it performed very badly. On impact, the body shell collapsed making it pointless to even fit an airbag. To its credit, Renault then agreed to modify the Kwid, working with Global NCAP on a number of repeat tests. They improved the body shell and offered an optional driver's airbag and seatbelt pretensioner. These upgrades ensured that the car would comply with the UN frontal crash test (regulation 94).

We would prefer that Renault makes the airbag standard. But what is really important is that the optional airbag version of the Kwid is now the best-selling variant in India today. This proves that safety does sell and it is possible to successfully produce and sell cars that meet UN crash test standards. So, I’m glad to welcome Renault to the Global NCAP ‘dreamers club’ who believe that minimum safety crash norms are just as important in India as anywhere else in the world.

UN VOTES FOR ELIMINATION OF UNSAFE CARS
Last month in New York, vehicle safety dreamers were given a boost by the United Nations General Assembly in an important resolution on ‘Improving Global Road Safety’. The resolution called on Member States “to implement UN vehicle safety regulations or equivalent national standards to ensure that all new motor vehicles meet applicable minimum regulations for the protection of occupants and other road users, with seatbelts, airbags, and active safety systems fitted as standard.”

Ahead of the debate, Antonio Guterres, the UN Secretary General, issued a report to the General Assembly calling on Member States “to support the elimination of the production of unsafe cars and implement the UN vehicle safety regulations”.

The UN General Assembly’s vote represents a strong endorsement of Global NCAP’s campaign to democratise motor vehicle safety. Back in 2015, we launched a Road Map for Safer Vehicles to encourage both governments and manufacturers to ensure that by the end of the decade all new cars should pass UN crash test standards for occupant and pedestrian protection and be fitted with electronic stability control. That is our 2020 vision. Now with a clear mandate from the UN General Assembly, we hope that it can be achieved.

DIRE NEED TO ACCELERATE DEPLOYMENT OF ECS
A major challenge is to accelerate fitment rates of electronic stability control (ESC), the most important vehicle safety technology since the seatbelt. Worldwide, just over 60 percent of new passenger cars have ESC fitted; so, much more needs to be done to raise this to 100 percent. When a vehicle starts to skid, ESC corrects the slide by reducing engine torque and braking individual wheels to bring the vehicle back onto the path intended by the driver. 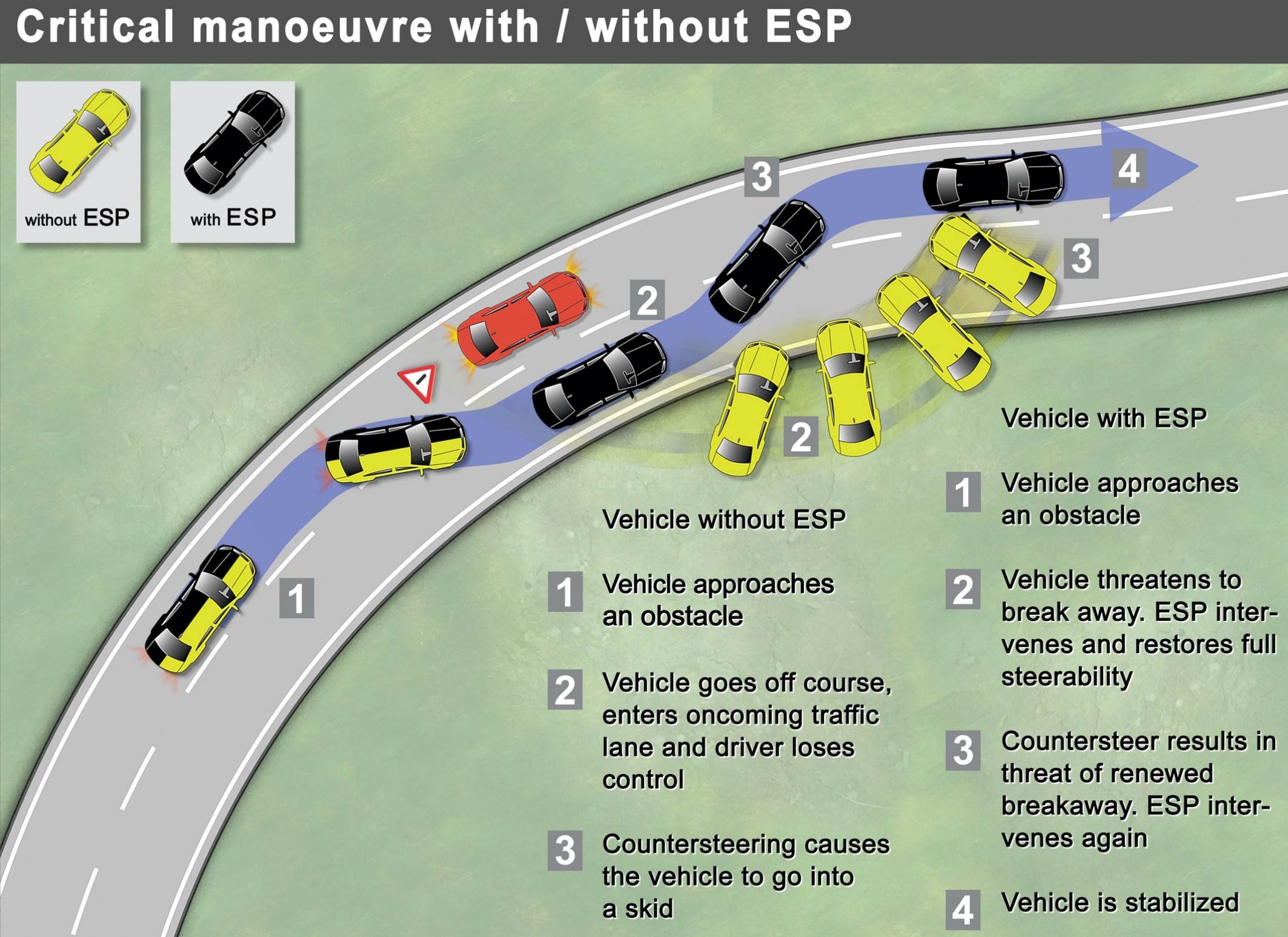 Many studies have shown ESC to be highly effective, avoiding single vehicle crashes by approximately 30 percent. ESC is now mandatory in Australia, Canada, the European Union, Israel, Japan, New Zealand, Russia, South Korea, Turkey and the USA, and will soon also be in Argentina, Brazil and Malaysia. Last year in China, the major domestic brands made a voluntary commitment to fit ESC as standard. So progress in fitment rates keeps growing in emerging markets and we hope ESC becomes more widely available in India too.

After completing 25 ratings, the ‘Safer Cars for India’ has proved its worth as a catalyst for improved vehicle safety in India. Three models – the Volkswagen Polo, the Toyota Etios and the Tata Zest – have achieved impressive ‘four-star’ ratings. We are sure that it won’t be long before India sees its first ‘five- star’ car. To encourage this milestone in Indian automotive safety, in February this year at the Delhi Motor Show we launched the ‘Safer Choice’ Award. This will be given to any manufacturer that can produce a car that meets the following criteria: a five-star score for Adult Occupant Protection, achieve at least a four-star result in Child Occupant Protection, include ESC and meet UN Pedestrian Protection requirements.

INDIA LAUNCH OF ‘STOP THE CRASH’ INITIATIVE
Another first that Global NCAP is looking forward to this year is our inaugural World Congress to be held in Delhi this September 26-28 with our partner the Institute of Road Traffic Education (IRTE). The Congress will bring together the community of New Car Assessment Programmes (NCAPs) worldwide at IRTE’s College of Road Traffic Management to share not just their experience but also their dreams about vehicle safety.

A key theme of the World Congress will be how NCAPs help build a market for safer cars by raising consumer awareness of the critical safety choices they make when buying a new vehicle. The role of NCAPs in key emerging markets such as China, Latin America and South-East Asia will also be discussed. There will also be a major focus on safety of powered two-wheelers looking at anti-lock brakes, automatic headlights on, and blind spot detection.

Finally, the World Congress will feature the Indian launch of the ‘Stop the Crash’ partnership, including live demonstrations of life saving crash avoidance technologies, including ESC.

Last year, India achieved a small decrease in road fatalities which is most welcome. But in 2017 the country still recorded 146,377 fatalities, which is an appalling toll of wasted lives and human misery. At Global NCAP, we are very conscious that vehicle safety is just one part of a very big road injury prevention challenge in India.

Much more needs to be done to improve road design, enforcement, and traffic management and it is good to see the strong personal commitment shown by the Minister of Highways and Transport, Mr Nitin Gadkari. Action is needed on all fronts and that includes vehicle safety. As India becomes a major force in the global automotive industry, we hope it will increasingly take on a leadership role in vehicle safety too. After all, today’s dream can become tomorrow’s reality.