Self-drive service provider sees good potential in emerging markets;  looks to enhance the availability of self-drive and subscription-based ownership cars in India and looks to add two-wheelers in its portfolio. 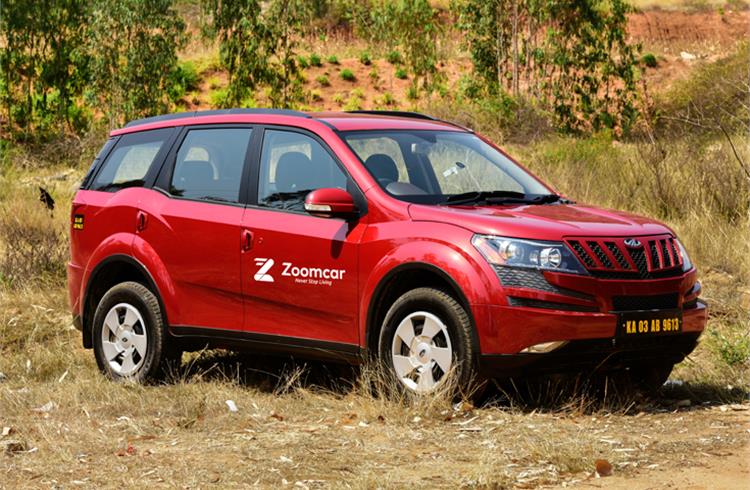 With the trend of sharing growing among consumers across countries, self-drive service providers are getting increasingly bullish. Bangalore-headquartered Zoomcar is one such player. After nearly six years of business in the domestic market, Zoomcar is eyeing new frontiers. The company sees good potential in other emerging markets.

"There are many emerging markets out there to share similar characteristics to India, whether it is markets in Southeast Asia and Africa. And that is probably something which is, you know, quite appealing for a company like ours, where we can go and add value," Greg Moran, co-founder and CEO, Zoomcar tells Autocar Professional.

The business model in these new markets may be different from the one in India where everything's owned and operated by the company. And that could be partnership, licensing or franchising. Some exploration has already been done. The first move in a foreign market may be made in "probably one year". If not then "closer to one year than five years". While it is an "absolutely should do" plan for Greg, he also says that Zoomcar doesn't want to lose focus in India as there is much more to do here.

Expansion drive
After nearly six years of business, Zoomcar leads the self-drive market with around 70 percent share. The company, which has raised around $80 million so far, is yet to turn profitable. However, it's been around two years since it is registering operating profits. Ramping up the fleet size and enhancing its presence significantly in urban centres is the priority now to strengthen the business. The plan is to nearly treble the fleet size to 20,000. Greg wants to availability of a Zoomcar car to be similar to an Ola or Uber cab. There's a big untapped potential still. "We've penetrated just 1 or 2 percent. We have a long way to go when it comes to density, which is what I'm saying that there's so much growth in this market," says Greg. And growth, he says, can easily be 20-30x from the current level in the next five years.  That's why the number of cars in Zoomcar's fleet could grow to a 100,000 in three years or so.

Greg's key target is to enhance the availability of self-drive and subscription-based ownership cars. The market for these two business models could grow to a significant size compared to the new car market. "Subscription is subjectively better than leasing on every single metric. So whether it's 2x, 3x, 5x better, that's a more subjective point," says Greg. He expects 2-3 million cars to be subscribed per year from now. Zap, Zoomcar's subscription-based ownership model, has seen 4,000 subscribers in the first 11 months of service. Under Zap, users can also recover up to 70 percent of the subscription fee by renting out the vehicle to Zoomcar when it is unused.

Along with the fleet expansion, Zoomcar will also invest in growing its team of engineers and data scientists. In the new crop of mobility businesses, technology and data analysis is absolutely crucial. Currently, Zoomcar has a team of 100 engineers, which is expected to grow by another 50 this year.

Two-wheelers next
After cars and bicycles, Zoomcar plans to add motorised two-wheelers in its portfolio to complete the private mobility spectrum.  That move is planned for later this year. While the car fleet comprises mostly of petrol/diesel-driven vehicles, the two-wheeler portfolio will have mainly, if not only, electrics. Greg wouldn't divulge much now but says, "We have been running quite a bit of experimentation and doing work among two-wheelers and we have a pretty good handle on sense on how that market will unfold."

There are start-ups which already offer conventional two-wheelers on rent. Zoomcar sees a few challenges for it to enter that space. They are – level of hyper distribution, high maintenance costs, and possibility of fuel adulteration/pilferage.

Electric mobility
Zoomcar, which is also part-owned by Mahindra, is bullish on electric mobility in India, though not immediately. Currently, about 5 percent of its fleet is electric vehicles (EVs), and it is expected to remain between 5-10 percent for the next two years. Zoomcar has also signed a deal with Tata Motors for 500 electric Tigors. The deployment has been slow due to some regulation changes in registration for self-drive cars. Greg expects it to be sorted out latest by next quarter, after which Zoomcar's EV fleet will grow. "I think that's just the beginning, maybe 500 or 1,000 that's still small stuff. You know, we've already done close to 500 and then with the folks of Mahindra. I think the market for that is obviously going to be massive."

Six years ago, Greg Moran co-founded Zoomcar. But why would a 27-year-old come all the way from New York City to start a venture in India? Because, as Greg says, "India is the best market for mobility, and it is the fastest growing GDP for the last 20 years".  As urbanisation and the trend of sharing grows in our country, Greg and team's plans will get a fair amount of tailwind to change the car ownership model in India. It also will have to face a larger number of competitors.