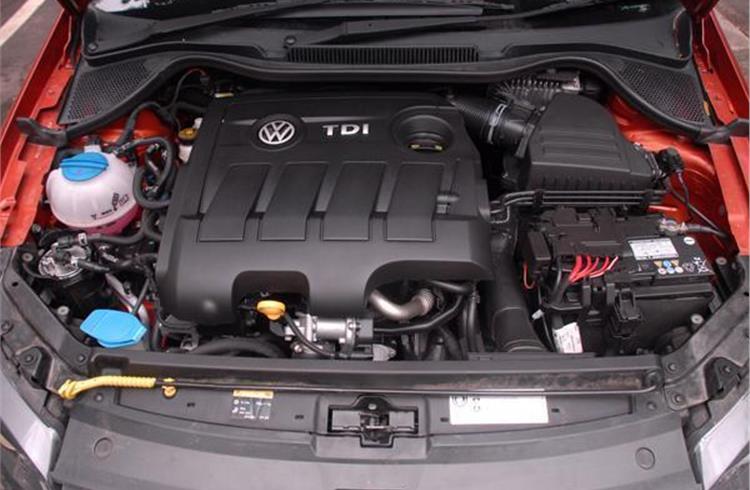 Late on December 1, 2015, the Volkswagen Group announced a voluntary recall of 323,700 units of its vehicles in India equipped with diesel engines belonging to the EA 189 engine family, which has been at the centre of the worldwide emissions scandal.

Autocar India, Autocar Professional’s sister magazine, had exclusively reported on Monday, November 30, 2015 that the Volkswagen Group was bracing itself to initiate a recall of its cars affected by the diesel emissions scandal.

The carmaker said that it has presented its outlines of possible solutions on the affected engines to the Ministry of Heavy Industries and ARAI (Automotive Research Association of India).  “Once approved from the competent authorities, the respective brands of the Volkswagen Group in India will carry out necessary actions in a step-wise manner,” the statement added.

Volkswagen Group India will inform all customers through the respective brands about the technical measures that will be implemented in their cars and carry out the same at no cost to the customers. The carmaker added that the existing installed software does not affect the handling, technical safety or roadworthiness of its cars.

Early last month, ARAI found substantial discrepancies between on-road and laboratory emission levels on some Volkswagen group diesel cars and issued a notice seeking technical explanation from the German carmaker. The recall decision is likely to have been taken after representatives of the Volkswagen Group met officials from the Department of Heavy Industries today.

Globally, the Volkswagen Group is in the process of recalling 11 million cars after it was found violating emission norms in September.

Andreas Lauermann, president and managing director, Volkswagen India, told Autocar India earlier that the company’s solution for most of the engines affected by the diesel emissions scandal would be the same as the one used in Europe. The solutions for the European market involve a software update to fix the 2.0-litre engine, while the 1.6-litre (and the downsized 1.5-litre units for India) will require both a software update and a hardware change, the latter being a small plastic filter or a mesh that will be placed inside the engine's air intake. The company is still working out the remedy for the 1.2-litre motor.

VW India’s recall is the latest in a slew of vehicle recalls by car manufacturers in India since Society of Indian Automobile Manufacturers' (SIAM) Voluntary Code on Vehicle Recall came into effect on July 2, 2012.

This recall of approximately 323,700 cars of Volkswagen, Skoda and Audi in India equipped with EA 189 diesel engines (which include 1.2-litre, 1.5-litre, 1.6-litre and 2.0-litre diesel engines) to update the software has taken the cumulative total of vehicles recalled in India to over 1.75 million units (1,757,073) since SIAM's code came into effect. It is also the biggest ever vehicle recall in India yet after Honda Cars India’s recall of 223,578 units of the previous generation CR-V, Civic, City and Jazz models to replace airbag inflators.

Honda Cars India’s recall of 11,381 cars in May this year to replace faulty airbag inflators had pushed the number beyond a million or 1,000,000 units. Jaguar Land Rover was the first luxury carmaker to have recalled vehicles after SIAM’s code came into effect. Audi India followed suit with its recall of the A4 (6,758 units) and Q7 (382 units) models in Q4 2014.

Some of these recalls are part of a global exercise. These recalls were made by 16 OEMs – eleven four-wheeler OEMs and five two-wheeler manufacturers.

In India, there is yet to be a law by the government that makes recalls mandatory, in case of any technical snag. SIAM's voluntary recall code, however, has paved the way to a structured vehicle recall exercise in India. It also reflects Indian OEMs’ proactive efforts to address technical issues in their vehicles, as is the industry practice in the west.

SIAM’s code places the onus on the manufacturer to recall defective vehicles, with no obligation on the defaulting companies to issue a recall. Though the code is certainly a step in the right direction, a mandatory code which allows the government to direct companies to recall vehicles will certainly increase the focus on quality and give OEMs that added incentive to ensure the products going into the market are ‘First Time Right’ and also positively impact consumer and market sentiment.