The emphasis on premium is interesting because it marks a definite path for TVS Motor going forward and the emphasis being put in that space. 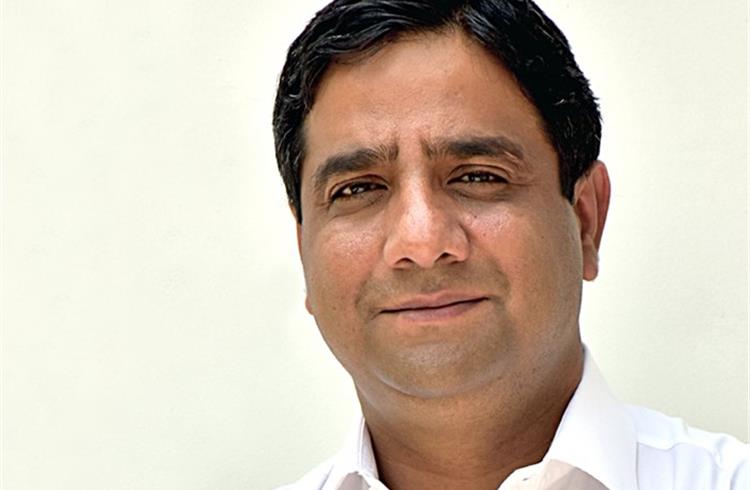 Vimal Sumbly, till recently Asia-Pacific Head of Royal Enfield, has joined TVS Motor Company as Premium Business Head. He will be responsible for steering the premium two-wheeler space which includes a host of brands.

The emphasis on premium is interesting because it marks a definite path for TVS Motor going forward and the emphasis being put in that space. The company is already in transition mode with an aggressive focus on electric with products like the iQube and pushing the envelope in the premium space with Apache, Ntorq and Jupiter.

Sumbly, say industry observers, is an apt choice for this role given his past experience in the premium space which included marketing stints at Bajaj Auto, where he helped set up the Probiking base for KTM, followed by a leadership phase as MD of Triumph Motorcycles India and more recently APAC head of Royal Enfield. His experience will come in handy at TVS Motor where the Apache has been among the top-sellers and is a formidable brand to reckon with in the motorcycle segment.

Sumbly quit Royal Enfield earlier this year and had given the company a strong positioning in the ASEAN region as well as Australia. It was a challenge creating a brand and gaining customer acceptance in markets where the Japanese are dominant but his efforts paid off and Royal Enfield has made an impressive footprint especially in markets like Thailand.

Earlier, whilst at Triumph, it was Sumbly’s leadership which played a big role in making this British motorcycle brand a familiar name in India. The company has since tied up with Bajaj Auto to make midsize motorcycles for India and other emerging markets.

The fact that TVS Motor has created the position of Premium Business Head reflects a statement of its intent going forward. It has been through a series of avatars in the two-wheeler space beginning with the moped over four decades ago, the alliance with Suzuki Motor Corp and then branching off on its own with the Victor motorcycle at the turn of the century.

In recent times, it has rebooted its focus on the premium space with offerings like Ntorq, Jupiter and, of course, Apache which is its flagship brand. Having Sumbly onboard would mean giving a greater push to the premium effort which could see strides made both here and in overseas markets.

TVS Motor is clearly looking at a big global play in its two-wheeler business. Beyond the tie-up with BMW Motorrad, the company acquired Norton Motorcycles of the UK in early 2020. With electrification now emerging as one of its top priority goals, the company has also embraced the vision of urban mobility by acquiring e-bicycle companies in Europe.