The commercial vehicle manufacturer is developing the much-hyped automated manual transmission (AMT) that boosts fuel efficiency by over 5 percent. 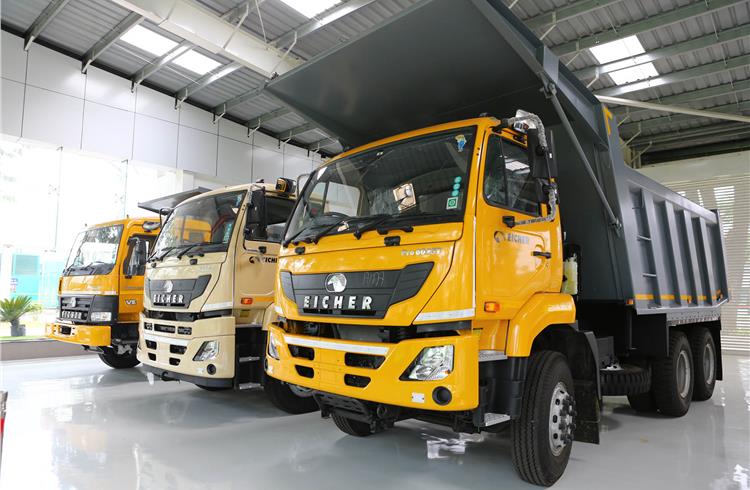 Tapping the growth potential in the heavy duty segment, Volvo Eicher Commercial Vehicles (VECV) is strengthening its product portfolio in both buses and trucks across its 16-49T range, entering the hybrid segment even as it diversifies overseas into new markets and develops India as an export hub for its medium duty diesel engines. In fact, a large number of heavy duty buses are in the pipeline over the next 18 months.

Interestingly, the commercial vehicle manufacturer is developing the much-hyped automated manual transmission (AMT) that boosts fuel efficiency by over 5 percent.

The AMT that blitzed into the Indian market in the Maruti Celerio and the Tata Zest has also been developed by CV maker Ashok Leyland.

“We are developing the AMT and maybe early next year, the prototype will be ready with the launch happening mid-year. We will introduce it first in the school bus. We are creating the safest school buses with features that can help the child, parent and the driver, with live video streaming from inside the bus,” Rajinder Singh Sachdeva, Executive VP and Head Technology, Eicher Trucks and Buses told Autocar Professional.

As a boost given to alternate fuel technology under the government’s Faster Adoption and Manufacturing of hybrid and electric vehicles scheme, VECV is also developing its first hybrid bus. The development work has begun first in a school bus that will take a year and a half for completion.

The CV major is also working on a new Skyline Pro AC range of buses; these will be high-end BS-IV and BS-III compliant buses in the light and medium duty segment, with a 60 seater school bus having the capacity to seat 46 staff members. Further, early next year will see an influx of such buses. All the vehicles shall be manufactured at the company’s Baggad bus body plant near Indore and will be built up buses across segments including inter-city coaches that will be launched by 2017.

The company will also rollout its Pro 8000 series heavy duty trucks and tippers in a few months. These have been currently given to select customers for trials. The Pro 8000 truck series will be made at Volvo’s truck plant in Bangalore with engines supplied from Pithampur. VECVs migration to the Pro series is driving the modernisation for the company as also its volumes.

In addition, R&D work is underway on new models that may take 4-5 years for fruition.

With all these new developments, VECV is targeting a market share of 15% in heavy duty trucks over the next three years from the current 4%.  Leveraging the Volvo network it is also stepping up the export reach for its trucks and buses with new markets to be tapped especially in South Africa, Middle East and Indonesia.

VECV is an equal joint venture of Eicher Motors and the Volvo Group of Sweden inked in 2008. At present, it supplies long blocks for Euro VI -5L and 8L medium duty engines to Volvo Europe and 8L engines to Thailand. In fact, it exports almost 85% of the engines made at the powertrain facility in Pithampur with the current year expected to see the production of close to 20,000 engines.