With demand for personal mobility on the rise, first-time buyers in India are increasingly seeking pre-owned cars as an option. 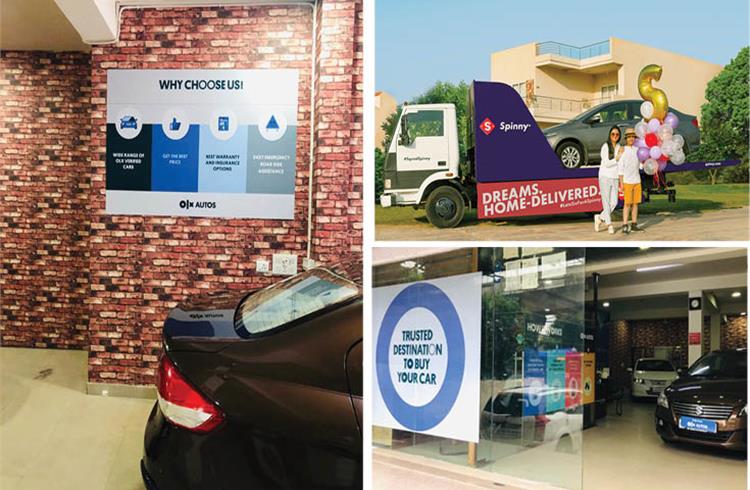 With demand for personal mobility on the rise, first-time buyers in India are increasingly seeking pre-owned cars as an option. This has been borne out by the fact that while new car sales totalled 2.71 million units last fiscal, used cars were far ahead with Indian Blue Book estimating that the tally was around 3.9 million units.

“The used car market has undergone a sea change in the last year with demand skyrocketing during the pandemic,” Amit Kumar, CEO, OLX Autos India, told Autocar Professional. New BS VI cars are also more expensive which means that those with limited budgets would look at affordable alternatives like pre-owned cars. Traditionally, the ratio of used to new cars sold is 1.3:1 and this differential could only increase in the coming months and years.

This drove the demand for used cars “like never before” with more and more people stepping clear of public transportation. Cars24 recovered pre-Covid traffic in June 2020 and saw a 4x jump primarily from first time car buyers. 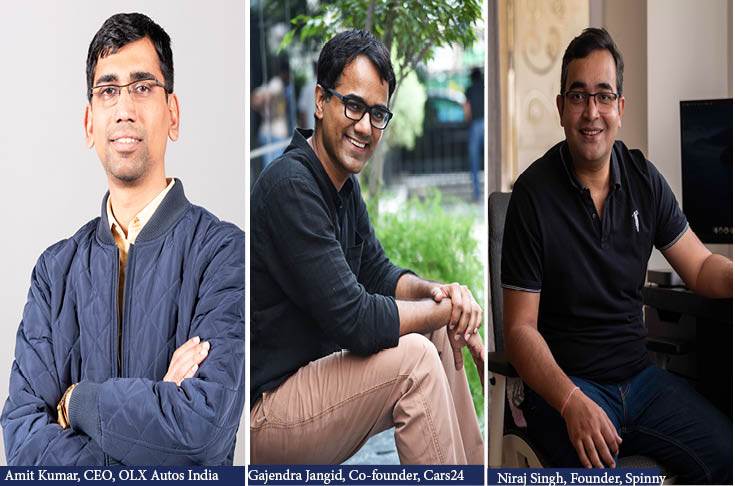 “With India’s used car market largely unorganised thanks to unrecorded numbers, the actual growth figures may be much higher. Almost 55 percent of surveyed commuters said they would prefer travelling by their own cars once cities opened up. A substantial section was thinking of purchasing a pre-owned car,” added Singh.

Data analysed by individual used-car platforms throws up some interesting details. For instance, Cars24 says post-lockdown, it has seen a surge in demand for used cars. This is largely driven by first-time buyers, who now account for 55-60 percent, up from 45 percent pre-Covid.

The primary need for them is to commute safely be it to work or attending to daily chores. “The demand for hatchbacks is almost doubling monthly numbers post-Covid since December making it the key growing segment at Cars24,” says Jangid.

Luxury used cars see renewed interest
Interestingly, the company has also seen 55-60 percent growth on a monthly average, post Unlock-2, in the luxury segment. In comparison to pre-Covid levels, “our website traffic increased 4x” which is a clear indicator for promising growth. “We are an e-commerce player for pre-owned cars and have always been digital which gives us an edge over others,” says Jangid.

On the other hand, OLX Autos’ own research report indicated that 61 percent of buyers planned to buy a pre-owned car in the 2020 festive season while 56 per cent preferred a hatchback(Alto, Kwid, Santro, Swift, i20 & Polo among others).

Of the total respondents, 62 percent are millennials in the 20-35 age group which also shows that they will play a big role in driving pre-owned car sales.

Demand for luxury cars in the 2020 festive season grew by 33 percent on OLX with Rolls Royce and Lamborghini up by 26 percent and 56 percent apiece. Nearly 55 percent of respondents said they intended to commute in a personal car in the future (this was 48 percent pre-Covid).

In 2020, 72 percent of people surveyed across metros and non-metros said Covid-19 had dented their budgets to be able to  buy a car with 50 percent having a corpus of less than than Rs 3 lakh.

The Covid-19 impact
Covid-19  has also led to reduction of footfalls at dealerships which in turn has spawned use of new-age digital tools. OLX Autos has deployed artificial intelligence (AI) to help people to buy/sell cars by quickly getting a price estimate. All this happens without any need for the customer to step out of his home.

Spinny is meeting customers with doorstep deliveries and digital sales. ‘Contactless buying and sanitised test drives are a must,” reiterates Singh. As for CARS24, it has always positioned itself as a digital disruptor and the pandemic only accelerated some of its plans - “What we planned to achieve by the end of 2021, we achieved a year sooner,” says Jangid.

The lockdown is clearly seeing demand outstrip supply which has influenced prices  of pre-owned cars. Kumar of OLX says there has been a three percent growth (from 10 to 13 percent for cars under Rs 3 lakh and one percent in the Rs 3-7 lakh space.

According to Spinny, used car supplies rose when the average ownership period fell to 2-4 years from the earlier 6-7 years. Of the 1,200 used cars sold on its platform each month since January 2021, 70 percent have been through home test drives and deliveries.

In Bengaluru, almost 80 percent of cars were sold via home drives. Nearly 70 percent were first-time car buyers who earlier relied on public transport and shared cabs while over 20 per cent were women. “The new normal has seen a rise in demand for pre-owned cars priced between Rs 4 lakh and 6 lakh,” says Singh.

Compared to 2020, there has been a four-fold rise in queries and a 10 percent jump in sales from women car buyers. Around 71 percent of buyers cited contactless experience as the key reason to choose Spinny, “besides the quality as well as fair and fixed pricing of cars”.

The second wave of the pandemic has resulted in more local lockdowns and while companies still offer doorstep vehicle inspection, purchase and delivery, meeting on-demand services is different for each region.

“There is massive demand for pre-owned cars especially from non-metros but owing to the lockdowns, supply will be impacted which would include inventories across dealerships as well,” says Kumar.

As for Spinny, it is banking on its emphasis on quality and the extra mile “we go” as a customer-centric service brand which has helped “us earn” credibility and consumer trust. “With the ongoing pandemic, every decision needs to be backed by strong safety and social distancing measures,” says Singh.