Aluminium prices have spiked by almost 30 percent over the past two weeks, and may see the automobile industry, one of the key users for the resource, impacted by the sudden spurt in prices. 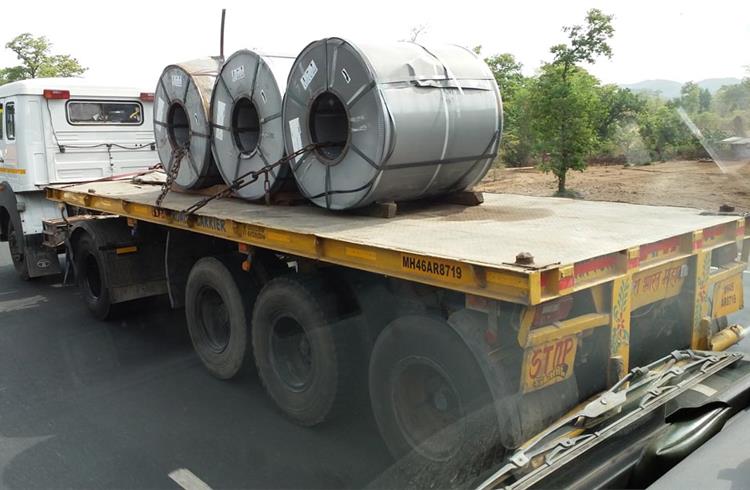 Aluminium prices have gone up by almost 30 percent over the past two weeks, and may see the automobile industry, one of the key user industries for the resource, to be impacted by the sudden spurt in prices.

Aluminium (along with its alloy) accounts for about 10 percent of the weight of a hatchback and 18-20 percent in a two-wheeler. The sharp increase in aluminium prices will weigh on profitability of auto-component suppliers as well as OEMs in the near term, states Ashish Modani, assistant vice-president, Corporate Sector ratings, ICRA.

“Generally, auto suppliers have inbuilt pass-on clause with OEMs which provides adjustment for input price volatility after a lag of one to three months; this will impact the profitability of the auto suppliers vulnerable to cost increases in the interim. Already, the automobile industry is grappling with commodity prices pressure over last one year, and this sharp increase in aluminium prices in recent weeks will further dent their operating profitability,” said Modani.

Over the past few years, given the focus on lightweighting, aluminium content in vehicles has increased gradually and steadily at the expense of ferrous content. Aluminium alloys have good impact absorption capability thereby allowing superior structural capability without increasing overall weight, and is predominantly used in alloy wheels, radiators, doors and frames and in recent time find increased acceptance in cylinder heads and blocks of both two-wheelers and passenger vehicles.

ICRA expects industry-wide credit trends to remain stable, supported by robust demand from the OEM segment in the near term, supported by healthy cash accruals, gearing as well as coverage indicators for the industry have improved considerably over the past two years. Considering the increasing content per vehicle due to various technological advancement as well as regulatory measures (emission, safety regulations), the growth in the auto component industry will be relatively higher than the underlying growth in the automotive industry in the medium to long term.

Modani added, “The revenue growth of auto ancillaries is expected to be at 11-13 percent for FY2019, given healthy growth expected across key automotive sub-segments as well as commodity price impact on realisation. We maintain our 10-12 percent long term (5 year) CAGR expectation for the Indian auto supplier industry.”