​The Triumph Speed Twin sits at the top of the Modern Retro range and is powered by a 1,200cc engine. 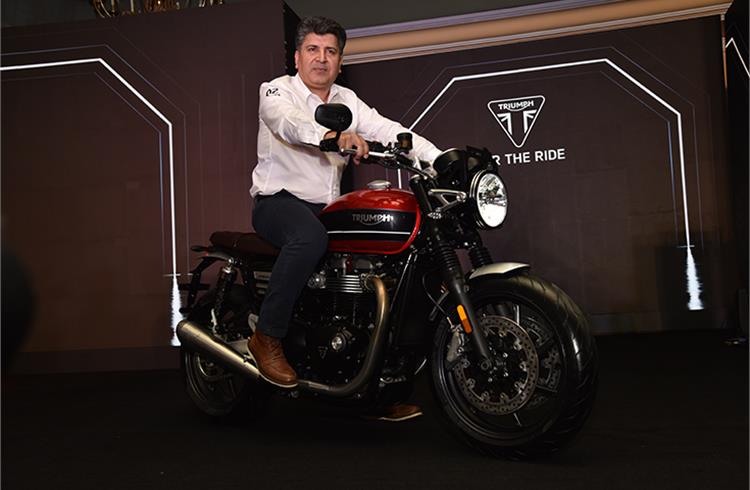 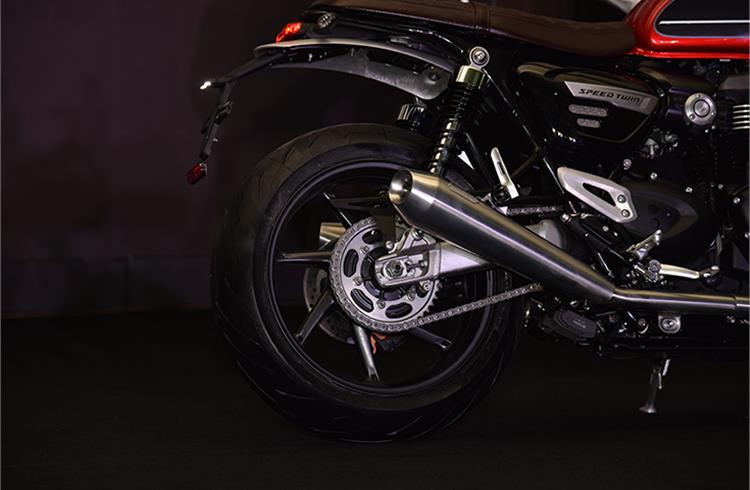 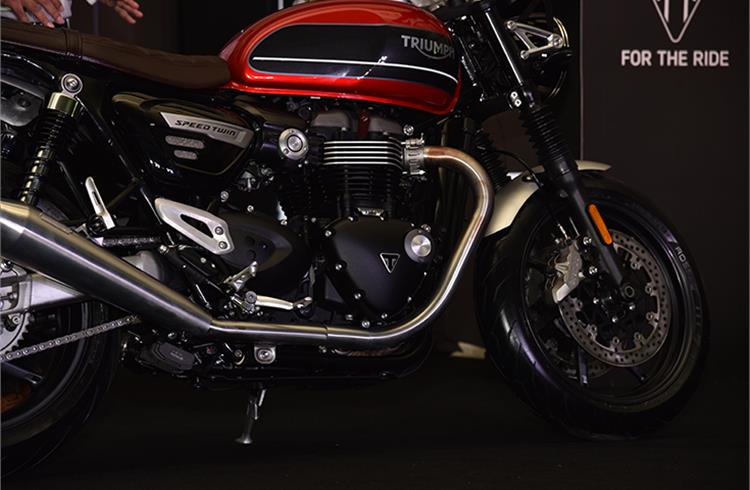 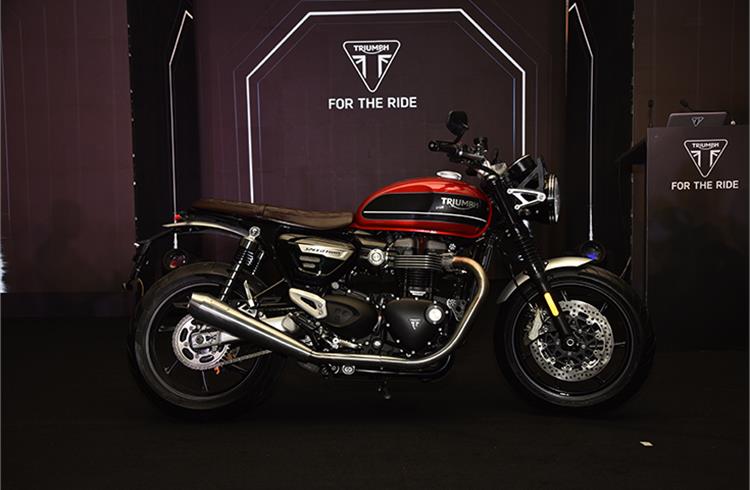 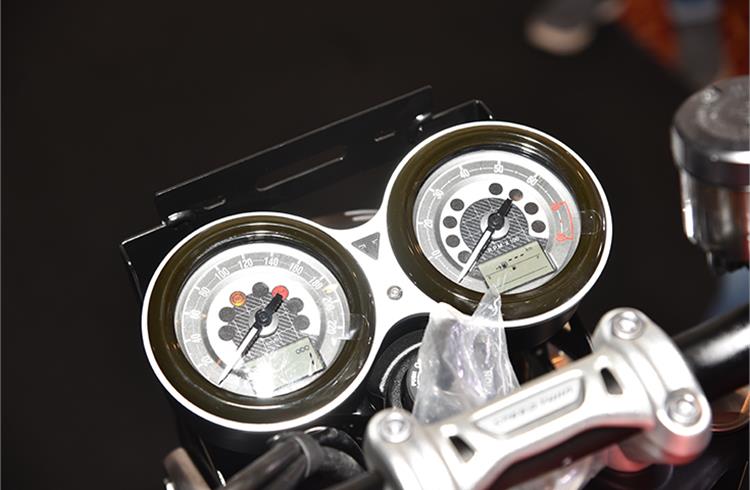 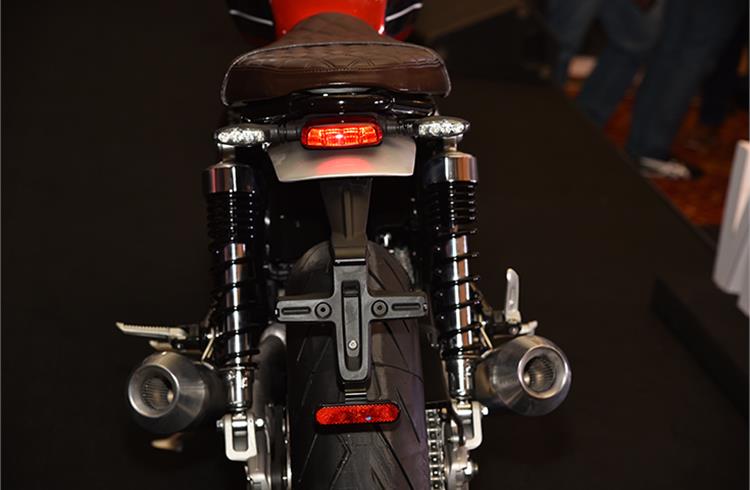 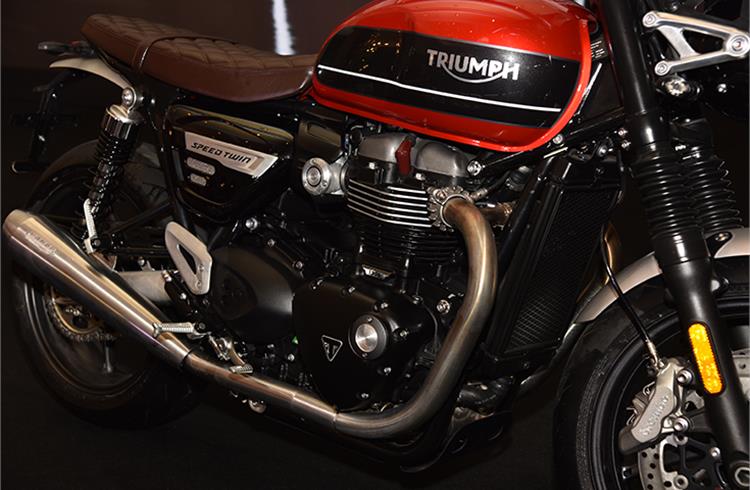 Triumph Motorcycles India has launched the Speed Twin in India at Rs 946,000 (ex-showroom, India). The Speed Twin is one of the most recent additions to the bike maker’s Modern Classic range and its name is of significance in Triumph’s history. The original 1938 Speed Twin 5T was the motorcycle that aided in Triumph’s revival in the aftermath of World War II and whose parallel-twin motor paved the way for most modern parallel-twin engines.

The Speed Twin is sort of a cross between the Street Twin and the Thruxton R. It uses an updated version of the 1,200cc parallel-twin we’ve seen in the Thruxton, though the updates have not changed output figures – 97hp at 6,750rpm and 112Nm of torque at 4,950rpm. The updates come in the form of magnesium cam cover to reduce weight, and a revised clutch assembly assisting the 6-speed transmission.

Among other differences when compared to the Thruxton is a 10kg weight reduction, as well as a revised chassis-and-suspension setup. The substantial weight-shedding results in the Speed Twin being the lightest of the Modern Classic range with a 196kg dry weight. The reduction has been achieved by replacing a substantial chunk of steel in the basic chassis, swingarm and wheels with aluminium.

The Triumph Speed Twin uses KYB sourced suspension at either end – 41mm cartridge forks in the front and twin-shocks with adjustable preload at the rear. The bike also gets potent stopping power, with a front brake setup consisting of twin 305mm discs, and Brembo four-piston fixed calipers (similar to the setup on the Speed Triple), and twin Nissin calipers and 220mm discs at the rear. Aiding to its sporting intentions are 17-inch wheels at both ends, with Pirelli Diablo Rosso III tyres. Triumph has equipped the bike with three riding modes – Road, Rain and Sport – and it gets a switchable traction control system as well.

Shoeb Farooq, general manager, Triumph Motorcycles India said, "We are proud to launch the 2019 Speed Twin that adds up to our existing modern classics range. The modern classic range continues to be the most loved Triumph motorcycles in India and contribute to 55 percent of total volume. We take pride in offering the widest range of luxury motorcycles for riders in India and we are focused on introducing smarter, high-performance machines that will enable us to furthermore strengthen our presence in the country. The Speed  Twin has a rich legacy of being the world's first parallel twin engine motorcycle and established Triumph as number 1 choice for performance. It can arguably be described as the 'first riders' bike. With the new Speed Twin, the ambition of the company is to build on the success of Street Twin and take it further with a bike that rides and handles more like a proper modern roadster."

The Speed Twin sits at the top of Triumph’s Modern Classic line and the reason for its relatively competitive pricing is the fact that the Speed Twin is manufactured in Thailand. The Speed Twin has no direct rivals in India, but the closest bikes in terms of displacement and intent are the much more expensive BMW R nineT (Rs 17.45 lakh) and the Ducati Scrambler 1100 (Rs 11.42 lakh).

(All prices are ex-showroom, pan-India)