The likely suitors for Ford’s plants

Will there be any takers for Ford’s plants in India remains the million-dollar question. When the industry is already grappling with excess capacity, will there be a carmaker ready to pick up the gauntlet? 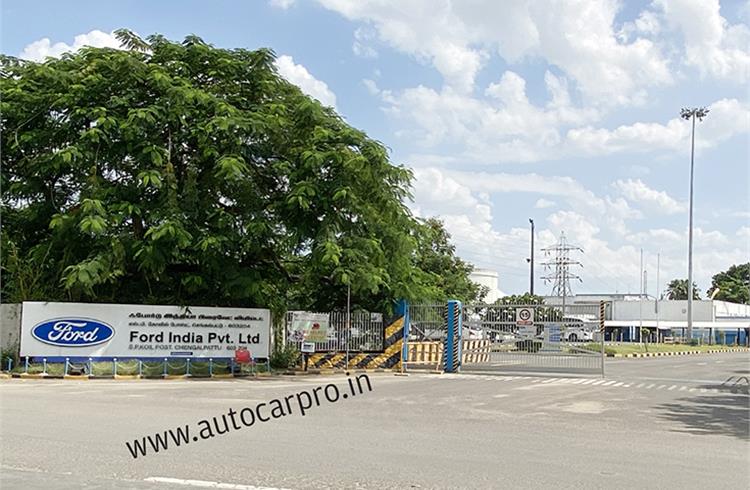 With Ford in exit mode from India, it remains to be seen what is in store for its two manufacturing plants in Chennai and Sanand.

The ruling DMK government in Tamil Nadu has hinted that it will play a proactive role in identifying a buyer but this does not necessarily mean that the existing workforce will also be the latter’s responsibility. In the case of Sanand, the recently rebooted Gujarat government has not articulated any such intent yet. The assembly elections are due in December 2022 and the ruling BJP will be keen on ensuring that it is back in power.

Ford has already made it known that car production will continue at both Chennai and Sanand for some months before the closure is initiated. It will, however, continue to make engines at Sanand for its operations worldwide as part of the strategy to use India as a key hub.

Going by the industry grapevine, the company is not going in for a distress sale and will actually look for a “good price” for both plants. It has already written off losses exceeding $2 billion (Rs 14,802 crore) in the last decade and will now have to factor in a hefty payout as compensation to employees and dealers.

Perhaps, Ford will seek to square this up by way of a high ticket price for its plants though the big question remains: will there be any suitors at this point in time? After all, the last 18 months have been extremely difficult for manufacturers thanks to the pandemic.

Even while there is a recovery happening in terms of car sales, the fact remains that the Indian economy was already in the midst of a slowdown before Covid made its presence felt. This was also among the many reasons why Ford decided to shut down manufacturing operations and in this backdrop, who will be ready to step into Chennai and Sanand?

Will Hyundai Motor Group step in?
One of the names doing the rounds is the Hyundai Motor Group which is apparently being sounded out by the TN government to seriously consider acquiring Ford’s plant in Chennai. There is no official confirmation on this development but assuming there is some truth to the story, it could be in the form of a Hyundai-Kia combine that will step in as the knight in shining armour.

Even though they are part of the Hyundai Motor Group, the two Korean brands are fierce competitors in this market and elsewhere across the world. Kia’s plant is located in Anantapur (officially Anantapuramu, according to Wikipedia), Andhra Pradesh, where the nearest international airport is Bengaluru 200km away. Hyundai has been operating out of Sriperumbudur near Chennai for 25 years now and this facility is barely 30km from Ford’s plant in Maraimalainagar.

Neither Kia nor Hyundai have made any statement on expanding elsewhere though an auto industry official says it makes “perfect sense” to consider the Ford plant as an option. “There is a robust vendor base already in place along this belt which is a huge bonus,” he adds.

The fact also remains that Chennai is a better option to Anantapur simply because it offers so much more in terms of hotels, schools, hospitals and easier access to an international airport. To that extent, Kia’s expatriates will welcome the move though these are still early days yet when no decision has been made on taking over the Ford facility.

Assuming that the Hyundai Motor Group is even considering the possibility, there are a whole lot of issues that need to be resolved starting with the acquisition cost, relocating plant and machinery, getting a new workforce in place at the plant and so on. It is almost certain that the TN government will go the extra mile in wooing suitors since this is a political issue especially when it concerns the grim reality of nearly 3,000 job losses at Ford.

Given the high labour cost structure, the chances of the new buyer absorbing this workforce is a very remote possibility. There are indications that the separation package will be generous but this is not likely to cut too much ice with those employees who are in their mid-30s and will be looking for a permanent job instead.

This is a huge challenge in an industry which is in reboot mode as far as skill-sets are concerned. Further, with automation being the name of the game, the last thing companies want on their books are hefty employee costs especially when they will be investing big bucks on fuel technologies.

Whether Ford will face the same resistance from its workforce at Chennai and Sanand as what its American counterpart, General Motors, is experiencing at Talegaon, near Pune, remains to be seen. The latter had announced early last year that this facility would now be sold to China’s Great Wall Motors but the pandemic derailed the process along with worker protests on the separation package offered by GM.

The occurrence of any similar protests will not alter Ford’s exit plans but the process could be longer than anticipated which means that the teams entrusted with this responsibility will have their task cut out. There are bound to be labour-related issues simply because the prospects of unemployment will outweigh any attractive package.

This will have political implications for both the TN and Gujarat governments with the latter likely to be under greater pressure because it is going to polls late next year (the DMK government came into power barely a few months ago). It is this reality that could result in some pragmatic compromising attempts for Sanand especially if this involves the Chinese.

To elaborate, SAIC Motor Corp already has a presence in Gujarat in the form of MG Motor India. It had acquired its long-term ally, GM’s facility in Halol when the latter had kicked off the first part of its India exit plans. SAIC refurbished the facility and got it up and running in record time while getting out a successful product, the Hector, on Indian roads. It is also no secret that MG Motor India is keen on growing aggressively and has been exploring a host of new locations.

All this was fine till the Chinese army decided to turn aggressive on the Indian border with the impasse still on at Ladakh. Politics will naturally have its fallout on economics and there is no way the Centre will take kindly to investments coming in from China especially with global initiatives like the Quad, where India is a member country along with the US, Japan and Australia.

Prime Minister Narendra Modi’s recent visit to Washington is also seen as a clear signal to closer bonding with the US while keeping China at bay. Following the outbreak of the pandemic, large parts of the world are bristling with fury at China for its alleged role even while this has made little difference to its political top brass which is keen on asserting its might in the Asia Pacific region.

In this backdrop, it is hardly any surprise that Great Wall Motors still has not got the go-ahead to take over GM’s plant in Talegaon even though it has spread its wings to Thailand, Russia and Brazil. However, in the case of the SAIC-owned MG Motor India, it already has a plant in India and could therefore get greater leeway in making additional investments.

“The Ford plant in Sanand would be the perfect fit for MG since it is in Gujarat too and not too far away from the existing site at Halol,” reckons an industry expert. It is also his view that the BJP government will stand to benefit as a result especially at a time of the imminent state elections when the stakes are especially high.

“There is a lot of anger at the mishandling of Covid in Gujarat which explains why there is a new Chief Minister now at the helm with an all-new cabinet,” says a political observer. If a smooth handover of Ford’s facility can be made to MG Motor, it will be seen as a political triumph just before the elections and the message will be driven strongly to voters.

However, there is no guarantee that the existing workforce will automatically get a berth too in the process. After all, MG did not take over any GM employees at Halol and preferred to start off on a clean slate. Given the current face-off between India and China, will its owner SAIC be ready to compromise and absorb the Ford workforce?

Whilst on the Chinese, it is also no secret that Changan Automobile did explore the options of acquiring the American carmaker’s Chennai plant even while nothing much came out eventually. The company was also scouting for other locations in Tami. Nadu and Andhra Pradesh till the Chinese army decided to throw a spanner in the works. Changan has since shelved its India plans and is repeatedly keen on getting started in the ASEAN region.

Right now, the list of potential suitors for Ford’s facilities remains in the realm of speculation since there is no telling what the future has in store. For instance, could Tata Motors be interested in the Sanand plant which is virtually next to its own facility which was the launchpad for the Nano?  Similarly, will Stellantis (with plants in Chennai and Pune under the Citroen and Fiat Chrysler brands) consider the possibility of acquiring Ford’s Chennai unit?

There is absolutely no indication how the saga will unfold in the coming months. What is clear though is that it is the 4,000-strong workforce at Ford India which will bear the brunt eventually since the prospects of alternative employment are really dim at this point in time.

There have been substantial layoffs across the automotive ecosystem and the manpower within the company will have every reason to feel worried about the road ahead. Ford’s decision to halt operations could not have come at a worse time for them. They will be hoping that the new owner will add them to its rolls even though this is a very unlikely possibility. Ford ideally wants to sell its plants with the workforce intact. Their aim is to minimise job losses.