Tata Motors, which embarked on its ambitious turnaround strategy last year, has started witnessing positive results in the Indian market with its market share growing for both its PVs and CVs. 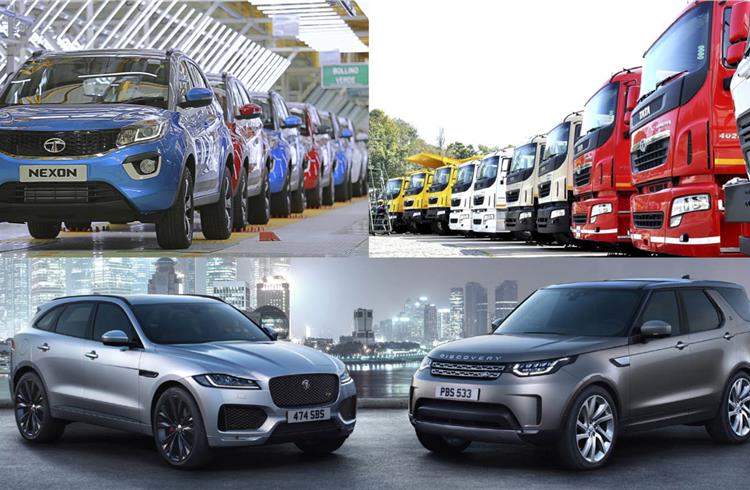 Its clutch of new vehicles like the Tiago, Tigor, Hexa and the Nexon has received a good market response. The Nexon, the company's first compact SUV, is proving to be a real game-changer, both for the company and in the overall utility vehicle market in India. Barely within seven months of its launch, the snazzy Nexon has sold a total of 27,747 units, comprising for 53.47 percent of Tata Motors' total UV sales of 51,891 units.

Commenting on the results, Guenter Butschek, CEO and MD, Tata Motors said: "FY2018 has been a hallmark year for Tata Motors with a record-breaking sales performance, increase in market share and the standalone business turning profitable before one-time exceptional charges. We want to structurally improve the business with reinforced and focused actions in passenger vehicles, and continuing the momentum in commercial vehicles from last year. Our future pipeline is full of attractive products, bundled with  the most desirable and customer-centric service offerings. We will continue to enhance the organisation’s effectiveness, enabling greater speed, simplicity and agility in our efforts. These interventions give us the confidence to deliver competitive, consistent and cash accretive growth over the medium to long term."

Demand for JLR in key markets offsets slowdown in Europe
Ten years ago, in June 2008, Tata Motors had bought Jaguar Land Rover, which had been struggling to be profitable. The company managed to successfully turnaround performance for the premium car brand; in FY2018 JLR reported PBT of Rs 15,118 crore (-5%) YoY and for Q4 FY2018 the PBT was Rs 3,583 crore (-46%) YoY.

Dr Ralf Speth, CEO, Jaguar Land Rover said: “Despite external headwinds, these results reflect the underlying strengths of Jaguar Land Rover. Sales have reached a new high, as strong demand in our key overseas markets offset the challenging conditions in the UK and other parts of Europe. Our sustained growth and business resilience reflects the support we have received over the past 10 years from Tata. As we mark this important milestone and as we shape our future, we will continue with over-proportional investment in new vehicles, manufacturing facilities and next-generation automotive technologies in line with our Autonomous, Connected, Electric and Shared strategy to provide our customers with the next generation of Jaguars and Land Rovers.”

In a statement, Tata Motors has stated that JLR is experiencing strong demand for the Range Rover Velar, new Discovery and Jaguar F-Pace. It says the surge in demand was led by China (+19.9%), North America (+4.7%) and in overseas markets (+3.4%). Sales in the UK and Europe, however, saw a decline of -12.8 percent  and -5.3 percent respectively.

Considering the standalone entity, Tata Motors (including Joint Operations), market share in CVs has gained after seven years and for the second year in a row in the PV segment. In FY2018, the wholesales (including exports) grew 17 percent to 636,968 units with broadbased growth across the entire portfolio. In the domestic market, M&HCV trucks grew 16 percent, ILCV trucks grew 36 percent, SCV and pickups grew 37 percent and PVs by 19 percent. Along with new products in CVs with SCR technology, the Nexon compact SUV has received a positive customer response in the market.

Speaking to Autocar Professional about the ongoing turnaround strategy, P Balaji, CFO, Tata Motors, said the company will now embark on Turnaround 2.0, a three-pronged approach to "win decisively in the CV business, win sustainably in the PV business, and embed the turnaround culture in the company."