Suzuki Motorcycle India will now be looking to bolster its presence with the new plant which could double up both as a global and electric manufacturing hub. 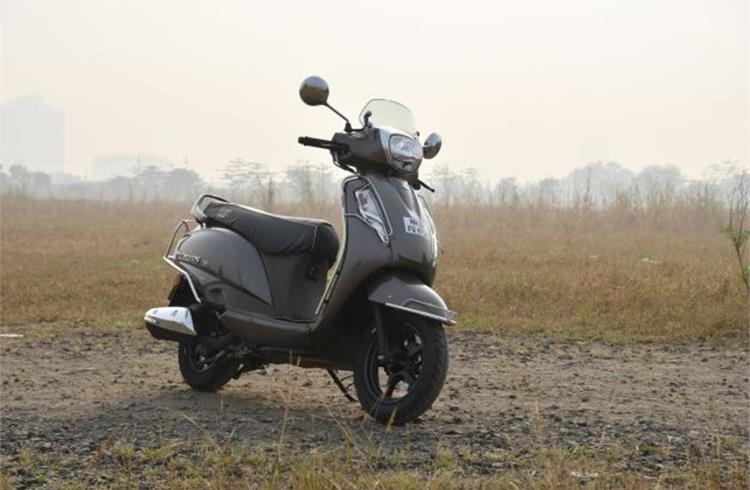 Suzuki Motor Corporation’s two-wheeler business in India is set to move into its second growth phase with the announcement of the new facility in Haryana.

The decision to have an integrated unit with Maruti Suzuki’s automobile operations is a clear indication that the parent company wants to make the most of vendor synergies and ensure a competitive cost structure.

The other Japanese entity with a similar business model is Honda which has its car and two-wheeler plants at a single location in Rajasthan. It had actually shut down automobile manufacturing in Greater Noida near Delhi and will now operate out of its sole Rajasthan unit.

Unlike Suzuki whose car business has surged way ahead of two-wheelers, it is the converse for Honda where HMSI is the more aggressive face for bikes and scooters. Its automobile operations, on the other hand, have sputtered for over two decades with little to show in terms of market share while banking on the City brand to steer its presence here.

Global hub
Suzuki Motorcycle India will now be looking to bolster its presence with the new plant which could double up both as a global and electric manufacturing hub. Nearly four years ago, the company was looking at expanding beyond its present location at Haryana to the south where it was in talks with the governments of Andhra Pradesh and Telangana.

Suzuki was of the view that it had to be future-ready once it reached peak two-wheeler production capacity of one million units annually at Gurugram. “The South is a large two-wheeler market and it makes sense to have a location there to complement our operations in the North,” a senior member of the leadership team had told this writer in a 2018 interview.

AP looked a stronger contender since it had in its kitty prominent auto brands such as Kia Motors, Isuzu, Apollo Tyres, Amara Raja Batteries, Hero MotoCorp etc. Suzuki, however, changed its mind subsequently and decided that it made more sense to continue operating in Haryana where it already had access to a robust vendor base.

The company has been operating in India since the 1980s when it first entered into a joint venture with TVS before parting ways in 2001. Over the years, it was not able to make a dent in this competitive market and only lately changed its strategy to focus on premium bikes and scooters such as the Access, Burgman and Gixxer.

Young Indian buyers
From Suzuki’s point of view, there are reasons to feel confident thanks to a new generation of young Indian buyers on the lookout for “emerging motorcycle categories”. This is where the company hopes to tap its global expertise in big, powerful bikes which can “offer everything in premium and performance”.The Suzuki official had added that it would also focus on building a good dealer network with the right products to keep customers content.

India is already its leading two-wheeler market and the new plant will enhance this presence further while catering to a host of markets across Europe, ASEAN and Japan. The last two years, in particular, have been very difficult for the domestic two-wheeler industry thanks to the pandemic which came on the back of an economic slowdown. Manufacturers have also had to reckon with hefty price increases following regulations relating to safety and the environment.

Senior officials at Suzuki Motorcycle India had said in more recent interactions that it would play to its strengths and focus on what “worked best for us”. The Burgman, they added, was gaining traction while the Access had grown to become one of the leading scooter brands.

Showrooms were also being upgraded with a “comprehensive/concerted project going on” in terms of network enhancement. This involved setting up a motorcycle zone within the existing showrooms to impart a premium feel. These zones would be spread across the country in markets where there was a growing trend towards 150 cc (and over) premium bikes.

Typically, some of these regions would comprise Bengaluru, Hyderabad, Chennai, Pune, Kolkata, Bhubaneswar and further east to Guwahati and Aizawl. Officials said the eastern part of the country “definitely has a fondness for premium bikes” where products like the Gixxer were doing very well. There was some work required to be done in parts of the north “where we need to be represented better and beef up our presence”.

The company was clearly upbeat about its future in India especially and had been pulling out all the stops over the last few years. This was in sharp contrast to the early years of its tenure after it parted ways with the TVS group over two decades ago.

“In the past we were producing all kinds of products which were not successful. However now the focus has changed to higher displacement and premium models coupled with showroom upgrades,” said an official.

Today, there was more energy within the ecosystem even while the company had a lot of catching up to do. “India is the No 1 market for us. The average age here is also very young at 27 compared to Japan which is 46. All this adds up to a bright future,” he added.