The uptick in PV and two-wheeler sales helped the company put in a strong Q4 performance. 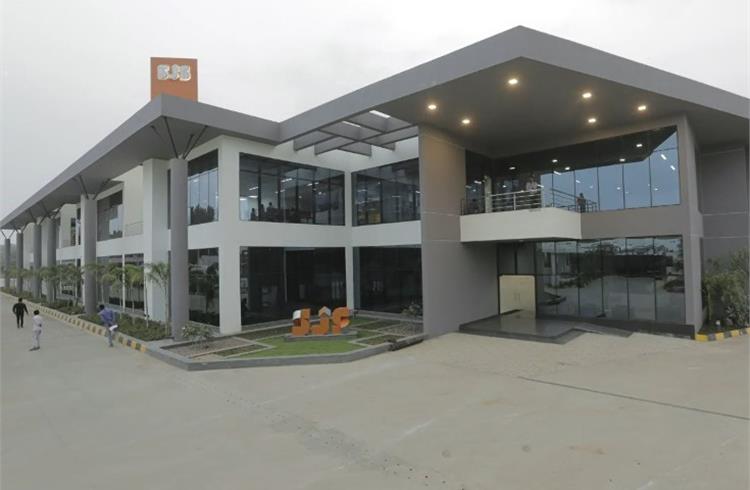 SJS Enterprises which makes decorative products for the automotive segment recorded consolidated revenues of Rs 104.1 crore in the fourth quarter of fiscal 2022, a growth of 13.4 percent quarter on quarter as compared to the 2 percent growth quarter-on-quarter of the combined production volumes for both PVs and two-wheeler segments.

For fiscal 2022, the Bengaluru-based company recorded revenues of Rs 369.85 crores and a PAT of Rs 55 crore.  Executive Director and CEO, Sanjay Thapar said that a better product mix with higher margins, premiumisation or more content per vehicle and diversification enabled the company to put in strong performance in fiscal 2022.

In the last quarter, the company embarked on new projects by Continental, Honda and MG, and added Stellantis to its roster of automotive customers.

The company’s leadership reiterated that its plan to de-risk its business has paid off with the com-any able to reduce its sales dependence on two-wheelers from 70 percent to 43 percent. The PV segment accounted for 29 percent of sales in the fiscal while consumer durables and other sectors accounted for the rest. The diversification strategy of the company has paid rich dividends with PV revenue growing over four times and non-auto growing 1.8 times over fiscal 2019 to fiscal 2022.

Like all other OEMs, SJS has had to cope with the rise in raw material prices, and the impact of the Ukraine war on global supply chains. However, Thapar said the company was able to use its leverage with suppliers to cope with price increases and has also used techniques such as VAVE and Muda internally to reduce waste and streamline internal operations. It also had to cope with higher freight charges even as savings did accrue as travel restrictions aboard kicked due to Covid. During the Covid, the company deployed work improvement teams in order to cope with the impact of an evolving crisis.

The company’s export revenues exceed its tally for fiscal 2019 doubling to Rs 47 crore. The contribution of new-age products to revenues has gone up to 16 percent in FY22 from 10 percent in fiscal 2019.

SJS Enterprises’ leadership said it was confident of achieving a 25 percent revenue CAGR over the next 3 years organically, while maintaining best-in-class margins. It said that organic growth would be on back of a positive outlook for the country’s automobile industry and its strategy of enhancing its chrome plating capacity, increasing exports and developing new age products and technologies.