The Belgian firm says it is also planning to launch a higher torque hybrid DCT variant, DT2, later this year for mid-segment vehicles for European and other global markets. 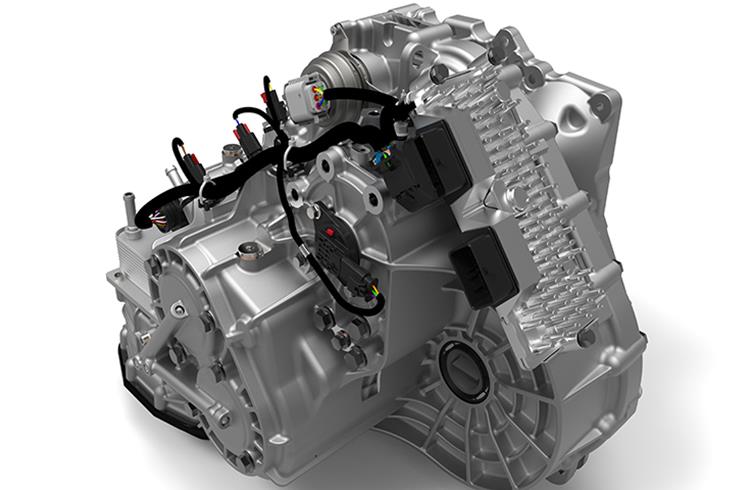 Belgium-based powertrain systems supplier, Punch Powertrain has launched its DCT system in India. The DT1 made its debut with the launch of the Tata Altroz DCA. The company claims that it is a compact and affordable design and is said to offer a reliable performance.

The Belgian firm says it is also planning to launch a higher torque hybrid DCT variant, DT2, later this year for mid-segment vehicles for European and other global markets, which it says will make it a leading global supplier for hybrid DCT by 2024.

The wet-clutch, six-speed DCA is different from a conventional dual-clutch transmission (DCT) by the virtue of its separately-placed clutches, as well as a single layshaft unlike the DCT‘s two or three units.  The patented new way of realising the dual clutch principle offers seamless DCT shifting, while using 35 percent less shifting components.

According to the powertrain maker, it entails improved driving comfort even under challenging conditions, such as extreme ambient temperatures, high altitudes, and varied driving environments which includes uneven roads and stop-and-go driving.

The design sees one of the two clutches represents an additional planetary gearset ratio that can be engaged between the engine and the transmission. This allows the unit to shift seamlessly up-to 7 forward ratios (OEM dependent), using only 4 gear pairs and only one layshaft. This results in a lighter, more compact powertrain, while offering a considerable cost reduction. Through application of a wet-clutch design, the transmission offers superior performance on inclines and in stop-and-go-traffic.

Furthermore, the DT1 is said to be equipped with Machine Learning software that optimises transmission behaviour, based on its diagnostics and analysis of thousands of parameters at the speed of 100 times per second. The shift by wire ensures smooth shifting, while the software provides additional benefits of automatic missing driver detection and activation of the park lock mechanism. Another feature is the self-healing technology that prevents the build-up of dust or debris through an automatic vibration system, decreasing the need of active maintenance.

The company says while the invention was created and developed at its R&D centres in The Netherlands and Belgium, Punch Powertrain in line with its ‘local for local’ strategy will localise production and is establishing a support base for its customers in India.

In addition to entering a new market (India), the DT1 also marks the first DCT in serial production for Punch Powertrain, which it says will help OEMs meet the CAFE norms for smaller vehicles. The compact design of the DCT and in-house expertise in the development of e-motors render the electrification a natural next step in its transition to electrified and fully electric propulsion systems.