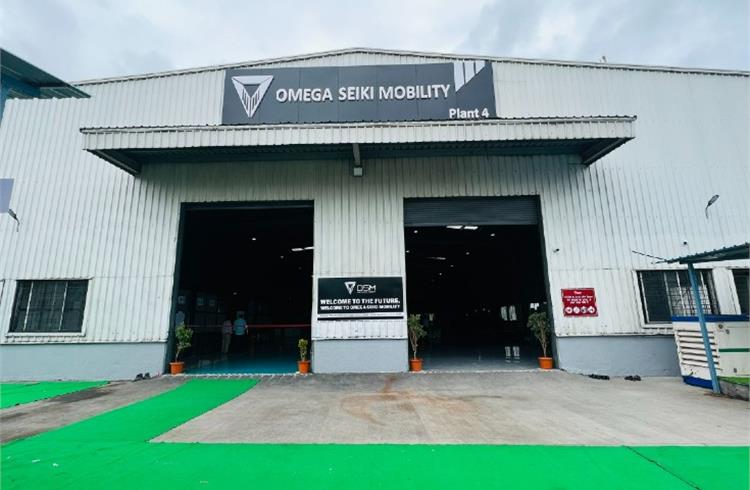 Omega Seiki Mobility announced the opening of its fourth manufacturing facility at Chakan, Pune. With an investment of close to Rs 190 crore, the unit will have production capacity of 6000 electric three wheelers per annum before ramping up the capacity to take it further to 30,000 units.

Uday Narang, Founder and Chairman, Omega Seiki Mobility said, " This facility will play a global distribution network which should leapfrog us into a market-leading position in EVs in India and overseas.” The company has an order book of 50,000 plus cargo electric three-wheelers. "We have set up this facility to meet the growing demand of the market. The Pune facility will help us to aggressively expand our operations in the West of India,” Narang added.

The company's new EV manufacturing unit near Chakan in Pune is spread over 50,000 sq. feet and is expected to employ 250 plus personnel. Three of the other facilities are three located in IMT Faridabad. “At Omega Seiki Mobility we work on the Hub and Spoke Model as the cost of transportation is very high. We will be launching four more manufacturing facilities in the next two years” further added Narang. The company is said to be amongst a handful of OEMs to have two-, three- and four-wheelers in its product portfolio. It also gets counted amongst the leading fleet operating companies and owns more than 500 vehicles.

As per Omega Seiki Mobility, the new state-of-the-art manufacturing unit in Pune will have automated manufacturing systems for logistics and material handling, fabrication and painting, assembly and quality assurance. These systems have been designed keeping in mind a green and sustainable manufacturing process while ensuring best worker ergonomics and maximum process efficiency.