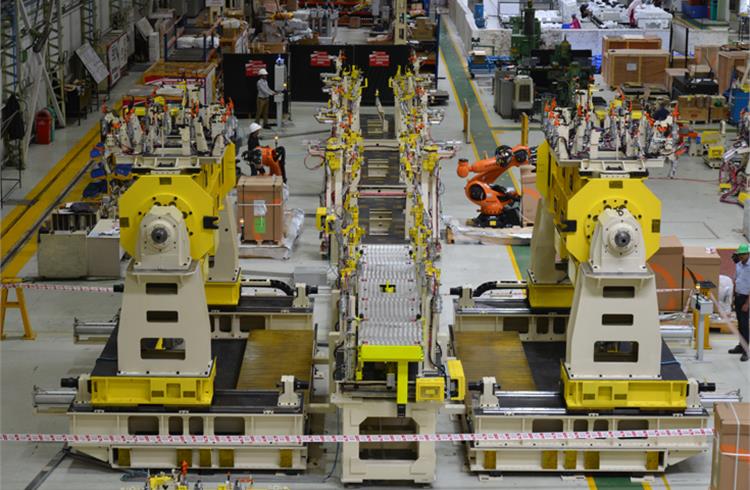 Sales for passenger vehicle showed an uptick in the June 2022 sales released by SIAM enabling companies like Skoda and Tata Motors to record some of their best monthly figures. However, SIAM’s figures suggest that production too has seen a significant rise in the numbers as the auto sector prepares for a surge in the numbers in the upcoming festive season.

With the exception of Volkswagen India, all OEMs saw their Q1 production numbers go up.

In the UV segment, SIAM’s numbers suggest that the top 3 players including MSIL, Tata and Hyundai saw their quarter numbers rise significantly. For the UV segment alon, production in the quarter was 517,389 units , 52  percent more than in the year earlier quarter when 340,853 units were sold.

The higher production number augur well for a recovery of sorts in the PV segment (which incudes UVs and Vans) and could underlie U. The easing of the semiconductor supplies, a positive monsoon forecast and lower prices for fuels at the gas bunk will help OEMs even as it may contribute to better consumer sentiments.

Having said that, OEMs are also keeping a look at input costs which have so far shown no signs of abating.  MSIL has already hiked prices twice across the range this year, and Tata announced a hike last week. OEMs have announced a slew of launches over the next few months with  both Toyota and Suzuki launching badge-engineered mid-sized SUVs, and Citroen launching its C3 model for the mass martlet. The Venue and Brezza have seen updates launched and Mahindra which is coping with 143,000 and over bookings for key models.

OEMs’ production numbers constitute the basis for their tier 1 and 2 suppliers plan their production based on current and expected forecasts or flex productions. The latter are based on an expected surge in a particular variant or model that shows much promise. The importance of this can be gauged from the fact that at least one OEM, Mahindra & Mahindra has said it will analyse demand for the all-new Scorpio launched in end June, in order to determine production schedules for different models, and not have a situation where demand was found to be skewed to the higher variants in the case of the XUV700, for example.