OEMs must push for the best regulations 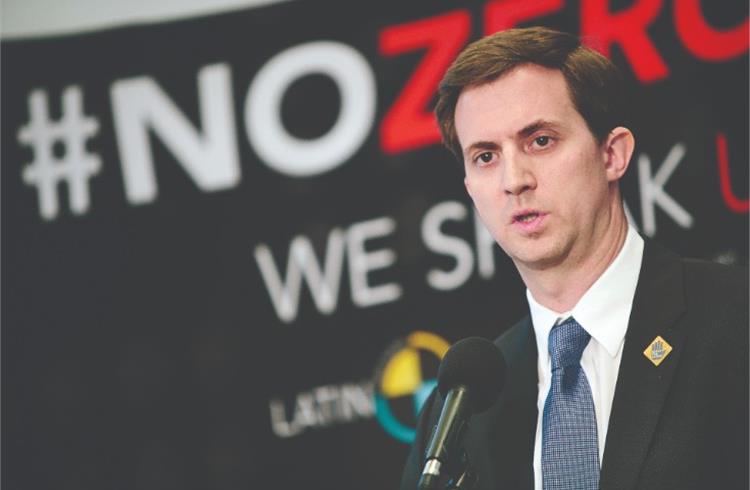 India needs to design and develop its own systems for safety, and which are optimised for the Indian market, said Alejandro Furas, secretary general, Global NCAP.

He was speaking at an online event on safety in the Indian automotive market. His keynote address entitled “Raising the bar on vehicle safety” was delivered as part of a two-day event on safety in which a variety of speakers from OEMs as well as technical experts spoke about trends in safety and threw light on the path ahead.

In his opening remarks, Furas was clear that India need to design cars that meet the best practices globally. He highlighted the fact that each market has its own particular scenario and that designing safety systems is a learning process.

He said that city, inter-urban and VRU (vulnerable road user) AEB systems need to be developed and strongly incentivised.

In other remarks, Furas said that as far as regulations go, it is important that OEMs also push for what is best for their customers from a vehicle safety perspective. This was needed because as he put in his presentation, some systems for developed markets do face challenges in emerging economy environments. He also said that India’s safety homologation and regulatory framework needs to take into account the UN road safety pillars.

He also shared his perspective on safety in EVs saying that this particular category faces extra risks due to batteries that run the risk of being damaged on catching fire. However, from a safety point of view, he did say that EV powertrains make much simpler the management of speed braking and dynamics of ADAS.

He also spoke about the aspects of safety and autonomous driving saying that “waiting for driverless car is like hoping for a vaccine to eliminate a road death epidemic. In a somewhat dire prediction, he suggested that by 2030, there could be another 21 million and odd road fatalities and close to 900 million serious injuries.

The keynote address was followed by a panel discussion and a technical presentation on ADAS and autonomous vehicles.