The policy proposed that the target vehicle segments for battery swapping include electric two- and three-wheelers. 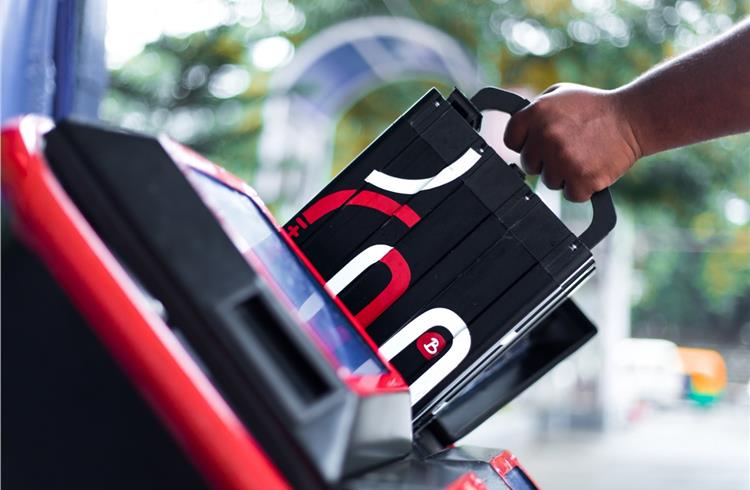 NITI Aayog, the government think tank has released a draft for the battery swapping policy. The policy mentioned that the swapping comes under the broader umbrella of Battery as a Service (BaaS), where customers can purchase an electric vehicle without the battery. This reduces the upfront cost with minimal downtime, and lower space requirements. Also, it allows any individual or entity to set up the swapping station at any location provided that technical safety and standards are followed.

The policy also proposed that the target vehicle segments for battery swapping include electric two- and three-wheelers, which are heavily concentrated in urban areas. The rollout of battery swapping stations will therefore be in a phased manner. In Phase 1 - all metropolitan cities with a population greater than 4 million will be prioritised for development of battery swapping networks and in Phase 2 all major cities such as state capitals, UT headquarters and cities with population greater than 5 lakh will be considered.

Earlier this year, during the Union Budget Finance Minister Nirmala Sitharaman announced plans to introduce a Battery Swapping Policy and interoperability standards, with the intent of building and improving the efficiency of the battery swapping ecosystem.

According to NITI Aayog, this draft policy available for consultation and it is inviting comments on it till June 5.