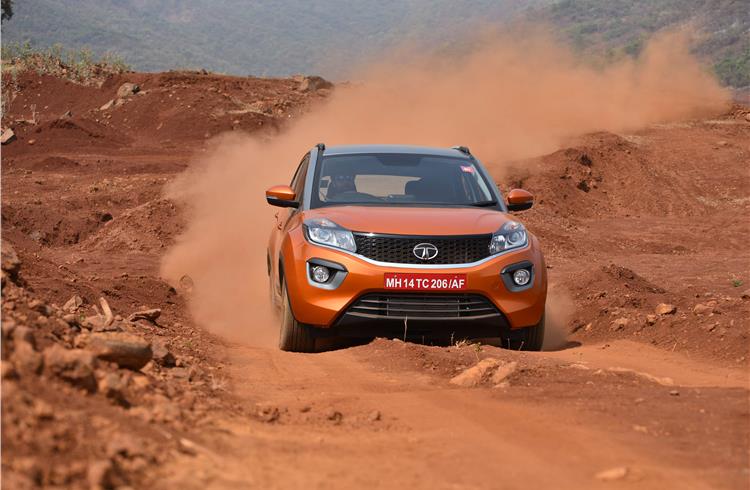 Even as utility vehicles (UVs) seemingly lift off the gas and come into comfortable cruising mode, their growth rate continues to be relatively high when compared to their passenger car siblings. However, where UVs were once accelerating hard with an overall growth rate of 20.97 percent and closed FY2018 with cumulative volumes of 921,780 units, the numbers over the first two months of FY2019 are not similar. UV sales stood at 161,222 units between April and May 2018, registering somewhat mellowed growth of 14.71 percent over April-May 2017.

While sharply rising fuel prices in the recent past are likely to have impacted car buyers’ purchase decisions, the industry has also seen a number of new model launches in the passenger car space since the Auto Expo in February.

The impact of the decline in UV demand could very well be seen in the market share statistics of key vehicle manufacturers in the industry, where even after some posting an uptick in their volumes, have seen a decline in their overall UV market share, hinting at a low margin of growth when compared to the numbers posted in FY2018.

The country’s leading carmaker Maruti Suzuki cumulatively sold 46,433 UVs between April and May, securing a 28.80 percent hold of the overall UV market. However, while its sales are up from the 43,246 units sold a year ago, Maruti’s UV market share in FY2018 stood at a considerably higher 30.77 percent, even as its pack of UVs including the Vitara Brezza, S-Cross, Gypsy and the Ertiga garnered total volumes of 25,629 units, up 13.36 percent over the 22,608 units sold in May 2017.

On the other hand, Tata Motors, which is primarily a UV player in the market, saw its market share surge almost 400 percent, albeit on a low year-ago base. What is giving the company a shot in the arm is the strong and surging demand for its Nexon crossover, which is slowly proving its worth of being a value-for-money package in the compact SUV space.

The Nexon has been a primary driver of the company’s UV sales which, also aided by the Hexa SUV, have helped Tata Motors quadruple its market share from 1.90 percent in April-May 2017 to 7.78 percent in April-May 2018. Tata Motors has cumulatively sold 10,196 units of the Nexon in FY2018 until May, and with the option of an AMT in both its petrol and diesel trims also available now, expect sales to boost further, with increased demand for these variants coming in especially from urban India.

Ford India maintains a consistent market share of 6.11 percent between April and May 2018, with overall UV sales of 9,846 units, up from the 8,456 units sold during April-May 2017 with its market share pegged at 6.02 percent. The company’s EcoSport compact SUV is on a revival spree, where after getting a minor facelift in November, Ford India is leaving no stone unturned to maintain its sales and recently upgraded the crossover with a host of new features with a limited edition variant, and also brought in a new engine option – the 1.0-litre turbocharged three-cylinder petrol – for the enthusiast buyers in the EcoSport S variant.

On the other hand, iconic American SUV marque Jeep is growing leaps and bounds with the success of the Compass SUV. The company has sold a total of 3,426 UVs in India between April and May 2018, clinching a 2.13 percent share of the UV pie. Launched in July 2017, the Compass went ahead to surpass the 20,000 mark in April 2018, with overall sales averaging 2,087 units over the 10-month period, or roughly 70 Compass SUVs sold every day.

With the demand for SUVs not fading away anytime soon, how the UV trend matures in the market would have to be watched closely in the coming months, particularly with fuel prices showing no inclination of coming down substantially.

Also, with new entrants of the likes of Kia Motors betting big on UVs to kick start their journey in the Indian market from 2019; perhaps, this could just be a slight breathing phase, before the segment shifts into top gear again. 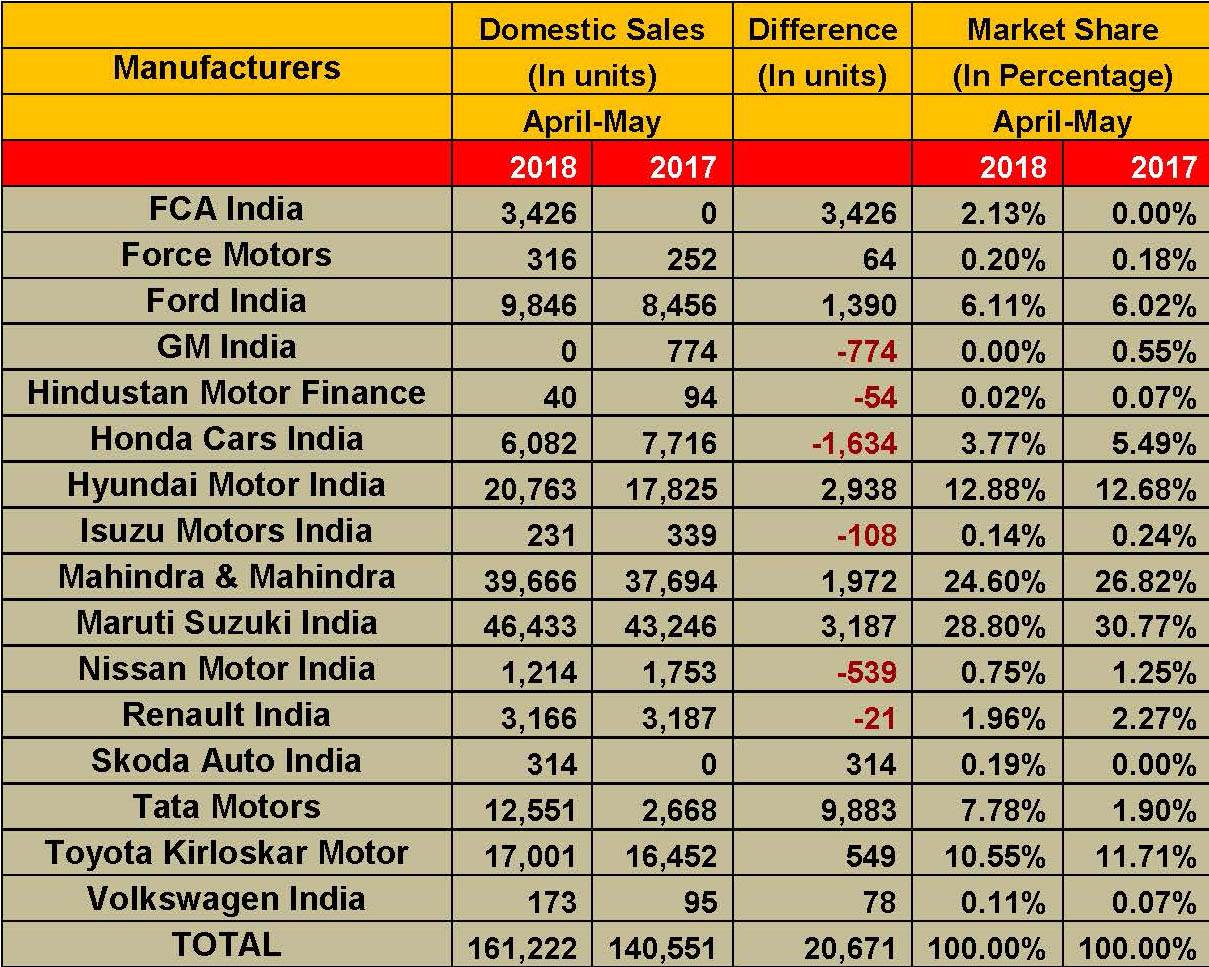