The EQS 580 4Matic is the first Mercedes-Benz EV to be assembled in India; gets the highest range of any EV in India. 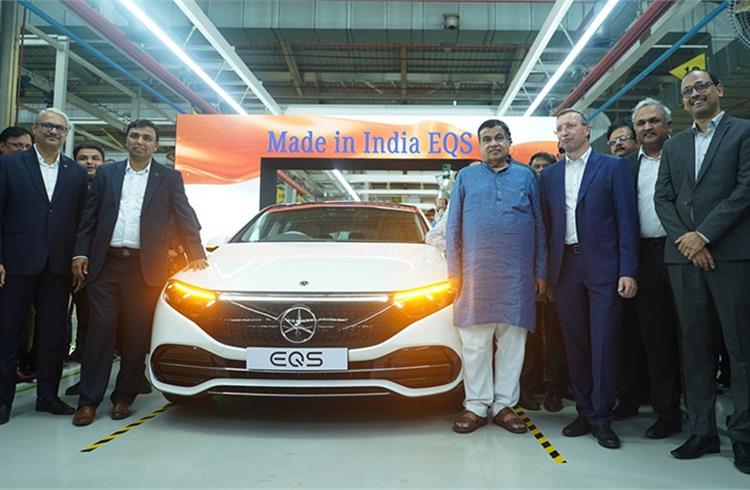 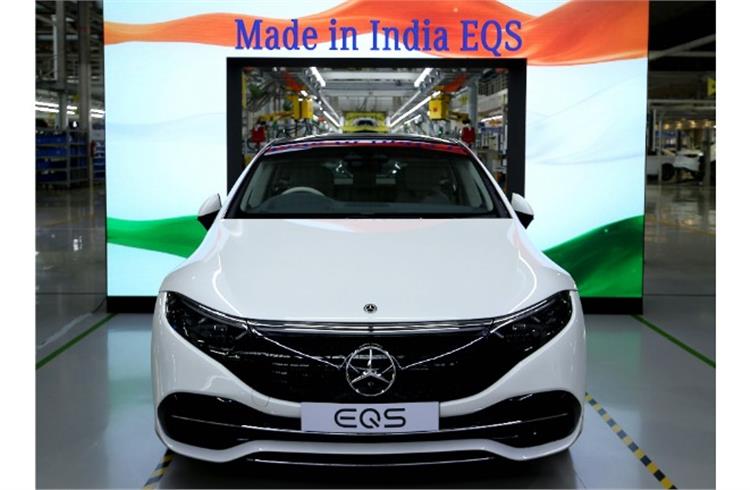 The EQS 580 4Matic is also the first locally assembled EV from Mercedes-Benz and India is the only country outside Germany where the EQS is assembled. 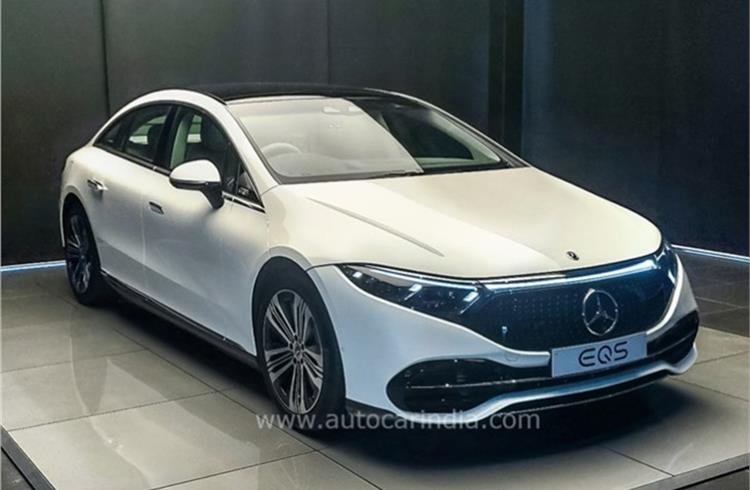 The locally assembled model slots in below the recently launched Mercedes-AMG EQS 53 S and is cheaper by Rs 90 lakh than the fully imported AMG version. With an ARAI-certified range of 857km, the EQS 580 4Matic has the highest range of any EV currently on sale in India.

Interestingly, the EQS also undercuts the locally assembled S-Class by Rs 500,000 (ex-showroom) on account of a lower 5% GST for EVs, as against 28% on ICE-powered models. Furthermore, with the road tax for EVs waived in most states, the final on-road price difference between the EQS and the S-Class is greater.

Martin Schwenk, MD and CEO, Mercedes-Benz India, said, “The EQS 580 4MATIC is our first locally manufactured EV in India and will play a pivotal role in driving our ambitious EV plans for the market. “The manufacturing of EQS 580 4MATIC in India is a key milestone and a strong testament

to our state-of-the-art manufacturing prowess and our commitment to the vision of ‘Make in India’.”

The battery pack is compatible with 200kW fast charging and as mentioned before, the EQS 580 has an ARAI certified range of 857km on a single charge. 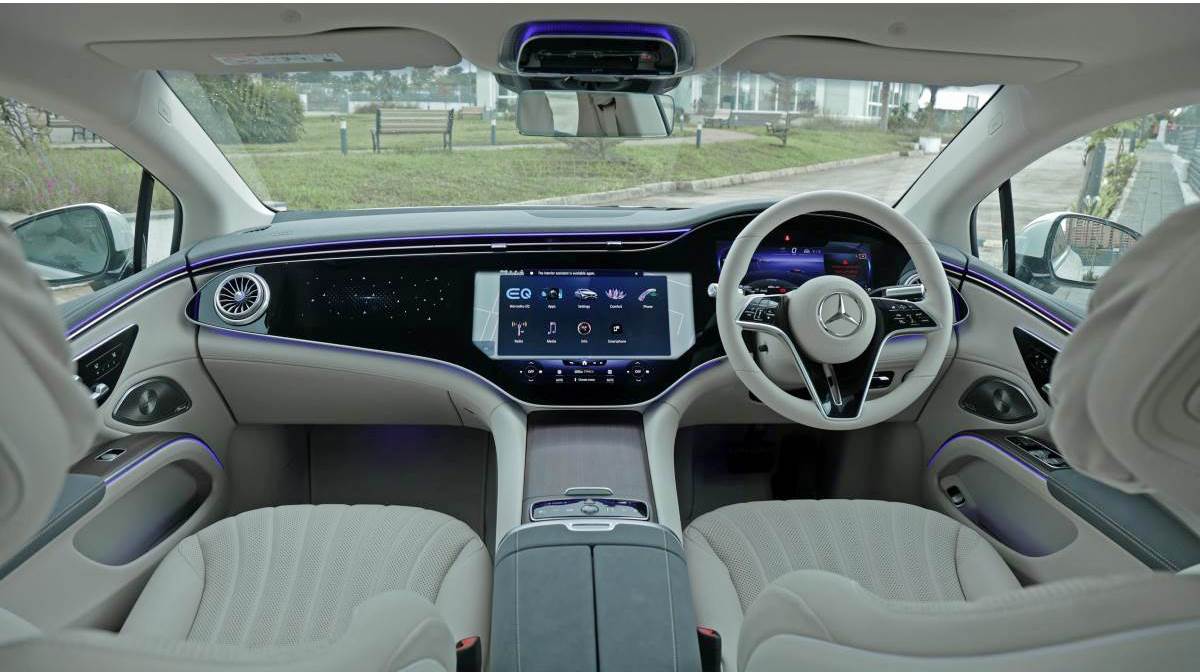 Mercedes' 'Hyperscreen' is the highlight of the EQS' interior.

Hyperscreen, a standout feature
Like the EQS 53, the EQS 580 gets a ‘Hyperscreen’, which is essentially made up of three screens joined together by one continuous glass panel that stretches pillar-to-pillar across the length of the dashboard. The driver and front passenger get 12.3-inch screens each, while the infotainment system in the centre is 17.7-inch. There are 12 actuators to give haptic feedback for the users and the Hyperscreen also gets pre-installed games.

The EQS 580 4Matic also gets 3D maps, heads-up display, massage function for the front seats, a Burmester 3D sound system, air filtration, and an S-Class-like MBUX tablet for the rear seat passengers. In terms of safety, the EQS 580 is equipped with nine airbags, lane change and lane keep assist, and an emergency stop system, and the car was also awarded a full five-star crash test rating by Euro NCAP. The EQS 580 4Matic also comes equipped with rear-wheel steering, however, it will be offered only for the first 500 customers.

The Mercedes-Benz EQS 580 4Matic takes on the likes of the Audi e-tron GT and the Porsche Taycan. After the EQS 580, Mercedes-Benz will add the EQB all-electric SUV to its India EV line-up.