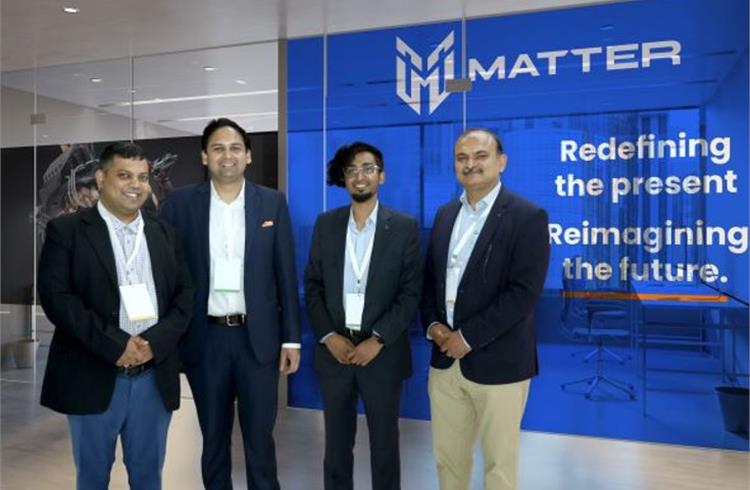 Ahmedabad-based energy storage and e-mobility startup Matter said it has raised US$ 10 million (Rs 78.30 crore) in fresh funding. The new funding, it said, will be utilised towards the launch of its upcoming product lines, including both in e-mobility and energy storage products.

After introducing its active-cooled, lithium-ion battery pack as well as its drive motor for electric two-wheelers in May, the startup hinted at ambitious plans of introducing an electric motorcycle later in the year.

The fresh capital has been raised from new investors including Capital 2B, Climate Angels Fund and overseas-based HNI Indians. Matter already has existing investment coming from its founders as well as existing investor – Baring Private Equity Partners. The company claims having invested US$ 7.5 million (Rs 58.73 crore) since inception in 2019, in the R&D of its battery and e-motor technology.

According to Mohal Lalbhai, founder and CEO, Matter, “ Our beliefs reinforce the goal of delivering smart and transformational technology to every home in India. Matter is gearing up for its first electric motorcycle launch this year and we aim to develop a world-class portfolio of EV and energy storage products to catalyse the clean energy transition in India.”

In November 2021, Matter had signed an MoU with the Automotive Research Association of India (ARAI) to collaborate in the areas of functional safety, electronics reliability, and cybersecurity for next-generation mobility solutions. The company has also showcased plans to establish its Swap ME network of battery-swapping stations for electric two- and three-wheelers.