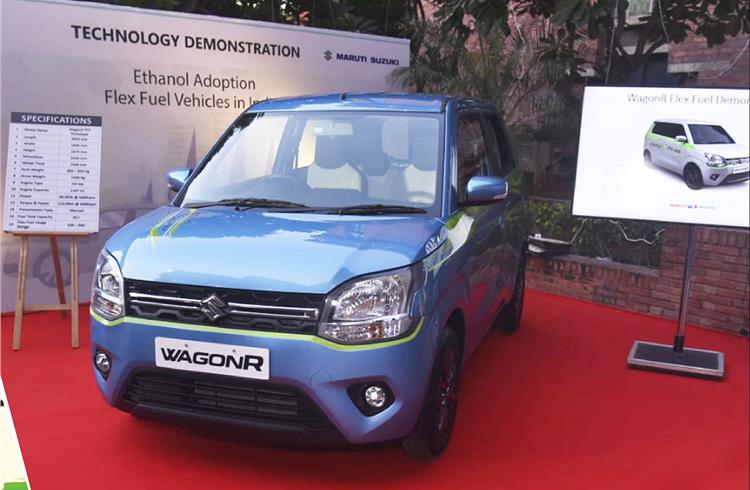 The passenger vehicle market leader, which is also the CNG market leader, showcased a Wagon R Flex Fuel prototype which is designed to run on any ethanol-petrol blend between 20% (E20) and 85% (E85) fuel. The car was unveiled at the SIAM ethanol technology expo held in New Delhi yesterday and inaugurated by Nitin Gadkari, Minister of Road Transport & Highways.

Extensive testing under BS6 Phase-II emission norms
Being the first-time development for such technology for Indian conditions and aiming to fully meet stringent emission norms, Maruti Suzuki plans to extensively evaluate this technology in the Indian market with Indian ethanol-blended fuel. 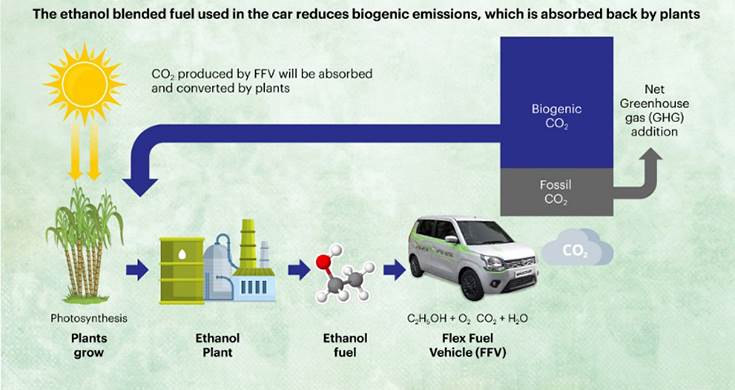 The Wagon R Flex Fuel prototype vehicle has an upgraded engine designed specifically to use higher ethanol-blended petrol. To make the engine compatible with higher ethanol blends (E20-E85), new fuel system technologies like heated fuel rail for cold start assist and ethanol sensor for ethanol percentage detection have been built. Further, components like engine management system, upgraded fuel pump and fuel injector, among others, have been developed along with upgradation of other mechanical components to ensure engine as well as vehicle durability. To align to the latest regulations, Maruti Suzuki has developed engine management system strategies and emission control system to comply with the stringent BS6 Phase-II emission norms.

He added, “It is our continuous endeavour to democratise new technology to make it accessible to the masses. Showcasing this Flex Fuel prototype vehicle is a step in this direction. We will introduce our first Flex Fuel vehicle for the compact segment by 2025. This is aligned to our People Technology principle which aims to make technology accessible to the masses to create a positive and tangible impact on the society.”

In line with the government of India’s focus on promoting clean-fuel vehicles, Maruti Suzuki states that it is working on a variety of technologies including electric, hybrid electric, CNG, bio-gas, Ethanol and flex-fuel. The company has already announced its commitment to make its entire product range E20 fuel material compliant by March 2023.

Biofuels can be the pathway to carbon-neutrality: experts at SIAM conference