The company added 50 dealerships in last 6 months, taking the total to 300. 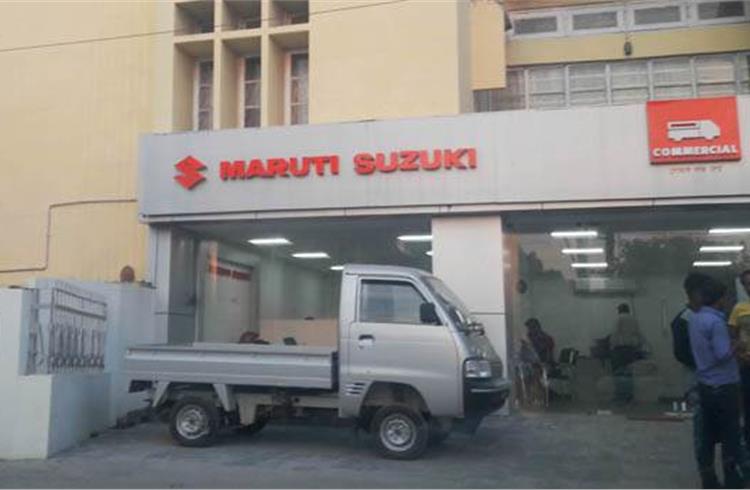 With the recent addition, Maruti Suzuki India now has a robust sales network – Arena, Nexa and Commercial – of over 2,940 showrooms covering more than 1,860 towns and cities. The company says according to its internal research, nearly half of the company’s customers are businessmen, small traders or are self-employed. This it says led to Maruti Suzuki’s foray into the commercial segment in September 2016.

Commenting on the roll out of 300th Commercial retail channel,  Shashank Srivastava, executive director – Marketing and Sales, Maruti Suzuki India said, “The LCV segment has been the largest volume contributor in the commercial vehicle industry in the country. Globally, Suzuki Motor Corporation has expertise in this segment and the Super Carry is part of that lineage. The Super Carry for India has been developed specifically keeping in mind the unique requirements of the Indian mini-truck customer. Starting the commercial segment with Super Carry, we have rapidly rolled out our network to keep pace with the growing demand and business opportunity for light commercial vehicles. With the growth in entrepreneurship and businesses, we see a continuous requirement of Light commercial vehicles for various business applications. We will align our product and retail strategy with these changes.”