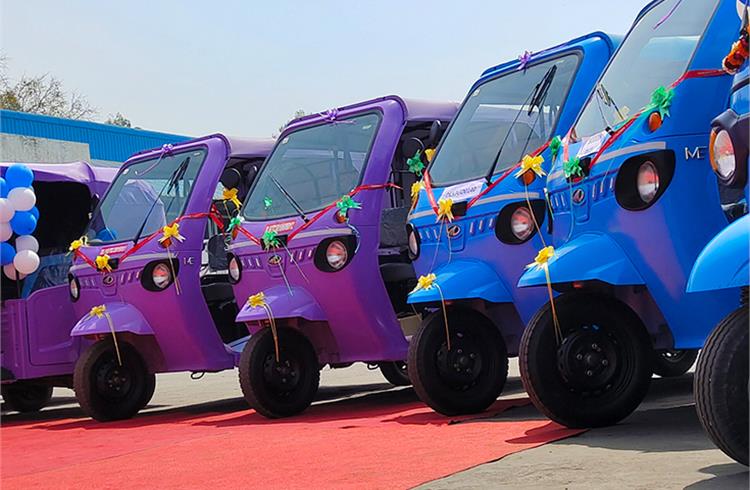 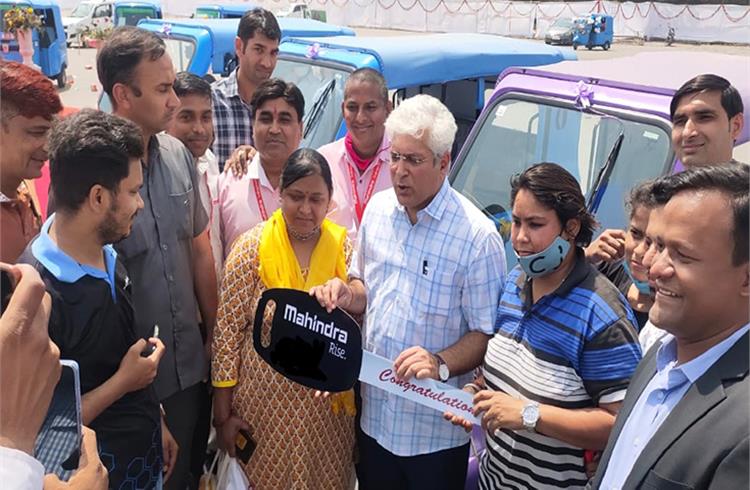 The Switch Delhi campaign saw active participation from the key electric three-wheeler makers in the country. Mahindra Electric delivered four electric autorickshaw based on the exclusive permits issued by the state government.

The event took place at IP Depot of Delhi Transport Corporation in presence of Arvind Kejriwal.  Kailash Gahlot, Delhi state transport minister took delivery of the Mahindra electric e-rickshaws and the company expects to deliver 50 units. The CEO Suman Mishra said, “Mahindra is delighted to participate actively in the Switch Delhi Campaign of Delhi Government which encourages a switch to cleaner, greener electric vehicles for last mile commute. We expect to deliver 50 autos in oceanic blue for men and lilac for women over the next couple weeks”

The ‘Switch Delhi’ campaign initiative focuses on spreading awareness about the benefits of EVs, particularly zero tail-pipe emissions, as well as encouraging citizens to increasingly opt for green vehicles by availing the government’s incentives . The Delhi Government had earlier shared a target of completely switching to electric vehicles and has also been in the process of installing 100 charging stations across Delhi.