Honda upbeat about flex-fuel for bikes, electric still a while away

Beyond electric, Ogata plans to reboot HMSI in terms of launching a new 100 bike for rural India and converting the Manesar plant in Haryana into an export hub. 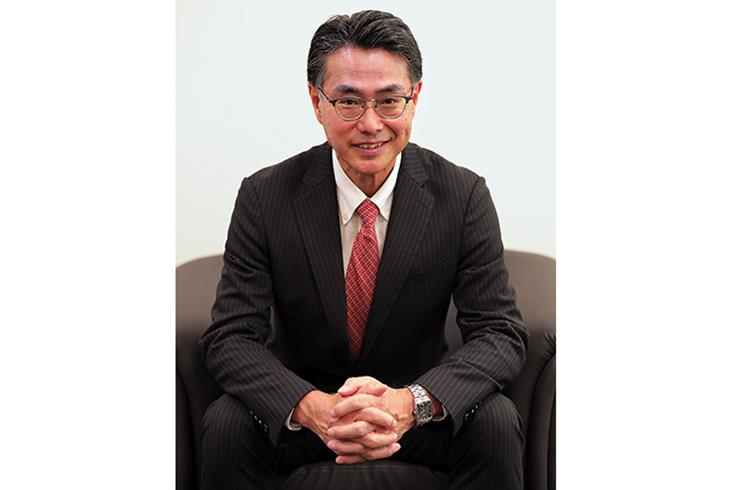 Atsushi Ogata is clearly bullish on the prospects of flex-fuel for Honda’s two-wheeler business in India.

“Honda has a lot of experience in Brazil over the last decade where we sell flex-fuel bikes and have the technology,” says the Managing Director, President & CEO of Honda Motorcycle & Scooter India (HMSI).

This is also in sync with the Centre’s “energy strategy direction” to reduce oil imports and enhance the agriculture segment with sugarcane that allows biofuel conversion. It was also a year ago when the Centre officially announced its biofuel roadmap and “we are in line with this vision”.

Interestingly, emission norms in Brazil are less than Euro 4 levels while India “is the toughest” at Euro 5/BS VI.  “BS VI with flex-fuel technology is a first for Honda but we have the confidence to launch the first flex-fuel model before end-2024,” adds Ogata.

It is likely that HMSI will work on extending the flex-fuel gasoline engine applications beyond 2025 and “we will increase our product portfolio with flex-fuel types gradually”.

The HMSI chief is, however, a lot more circumspect about electric which is “a tough question because we do not have the product right now for India”. This is in sharp contrast to the prevailing landscape which is seeing a massive thrust on two-wheeler electrification and is largely being dominated by start-ups.

“We are still way behind right now but, frankly speaking, we have the technology in other countries and the experience to develop EV products,” says Ogata. However, from a business point of view, it is “difficult to say much” because battery costs remain high in terms of lithium-ion in addition to issues on safety.

“We have a lot of experience in selling EVs in Japan and China where the conditions are different,” he says. However, India’s hotter conditions and more challenging road conditions can make it tough for the battery. “We need to do a feasibility study and, over the last year, have had talks with senior engineers in Japan. How to make it a sustainable business in India is the key after we launch it,” continues Ogata.

The easier option is to produce the same product retailed in China but Honda is categorical about the fact that it wants “100 percent make in India”. This is not going to be a cakewalk by any stretch  of imagination.

“We have never produced EVs for India and there is no supply chain for the motor, battery and PCU (power control unit). How to make-in-India from the beginning will be the challenge and this will take time,” admits Ogata.

Back in Japan, Honda is part of a battery swapping consortium which includes Kawasaki, Suzuki and Yamaha, The consortium has been finalised in Japan as 'Gachaco' established on April 1, with an energy entity, Eneos, as the fifth partner.

The objective is to “contribute to the realisation of a recycling-oriented society by building a BaaS (battery as a service) platform for electric mobility” and other battery recycling systems. The next stage is to become a real business where the JV will use the Honda battery swapping system in Japan.

As for Europe, Honda and Yamaha are part of a consortium which includes KTM and Piaggio but talks are still on to “harmonise" hardware and software in a fuel tank. As Ogata says, the EU has “so many countries with different regulations” that a convergence in solutions will take time.

While India has no such Japanese consortium in place yet, Honda has created a  battery swapping service company in Bengaluru, Honda Power Pack Energy India, which could hopefully pave the way for partnerships with other OEMs. Speculation has been rife that HMSI and Yamaha are also in talks to team up at the backend for battery management but no official confirmation has been made so far. 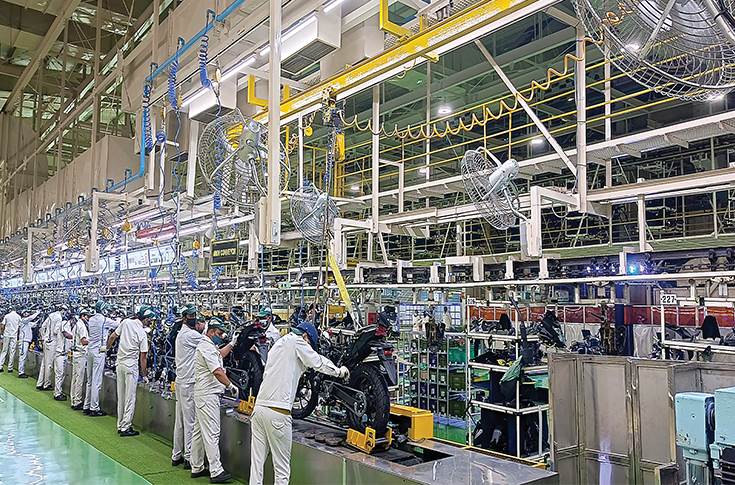 Beyond electric, Ogata plans to reboot HMSI in terms of launching a new 100 bike for rural India and converting the Manesar plant in Haryana into an export hub. All this is in line with what he had told this writer two years ago soon after he took charge as MD. He had said then that the company had “enough product line-ups” with the near future throwing up more.

Hence, “such kind of new model production or development” could comfortably be considered within India. Honda headquarters in Japan, according to Ogata, was also looking at expanding the global role of India. This meant that exports would soon go beyond developing countries in Africa and South America to Europe, Japan, Korea, Taiwan, Australia and so on. “HMSI has the biggest export resources among the Honda group,” he had said.

In the past, admitted Ogata, HMSI was eyeing more market share and volumes but there was really no need for that going forward. “From now, after we build the company strongly, we will try to gain market share without (offering) huge incentives. Sometimes, OEMs buy market share this way but I do not want to do that,” he had reiterated.

From Ogata’s point of view, it was more important to “believe and trust” the Honda philosophy and its core DNA. Even while the company’s products were a “bit more expensive”, customers across Europe and ASEAN had had no issues because they “find it easy to understand what Honda is all about”.