Honda to stop producing diesel engines in India from February 2023

Japanese carmaker to discontinue its 1.5-litre diesel engine ahead of the tougher RDE regulations coming next April. 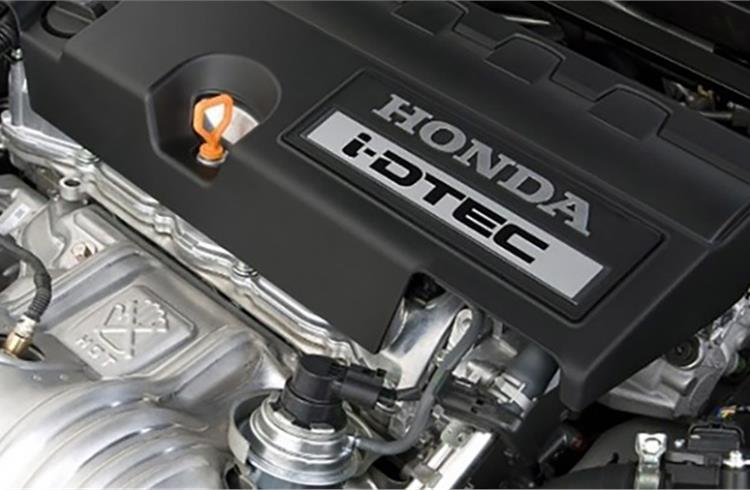 Ahead of implementation of the Real Driving Emissions or RDE norms in India in April 2023, Honda is to stop production of its 1.5-litre i-DTEC diesel engine currently offered in the Amaze, City (5th gen) and WR-V crossover. 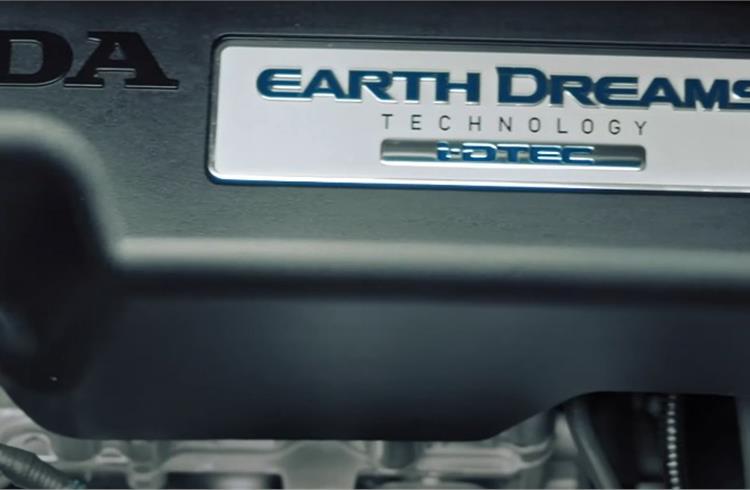 Honda’s 1.5-litre Earth Dreams tech diesel engine was introduced in India in 2013; the company claims it is the lightest in its class with an all-aluminium construction. 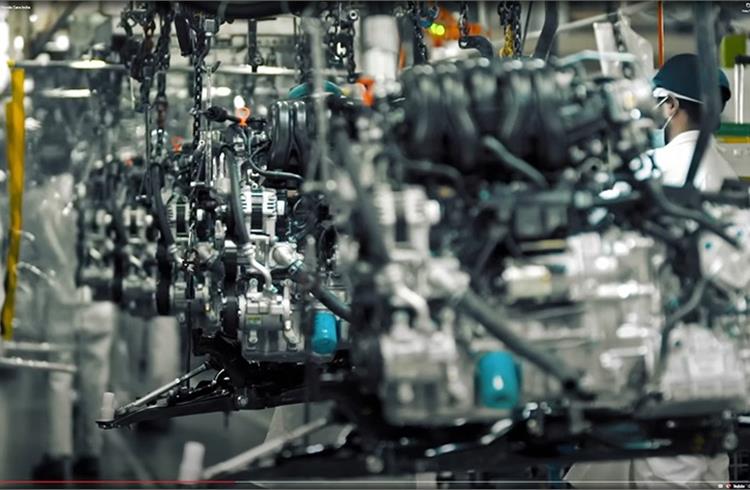 Honda's 1.5-litre diesel engine will not be upgraded to meet upcoming RDE norms in India from April 1, 2023 due to prohibitive cost of conformation. 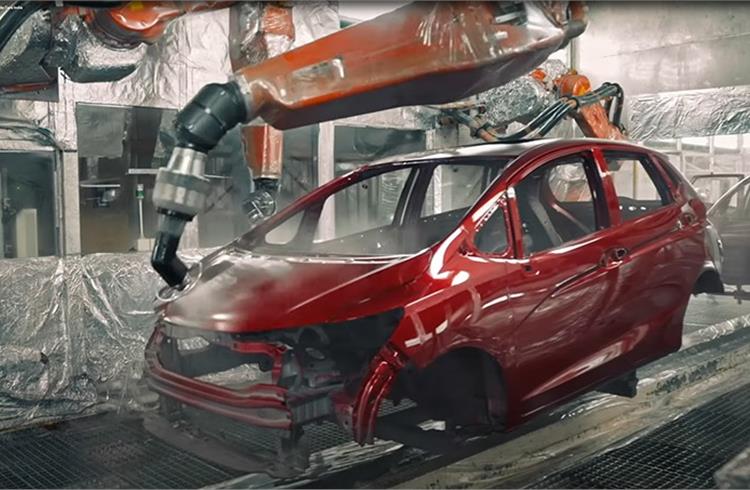 HCIL has already stopped producing diesel variants of the Jazz, WR-V as well as select trims of the Amaze, with its diesel car production to completely stop between December 2022 and February 2023. 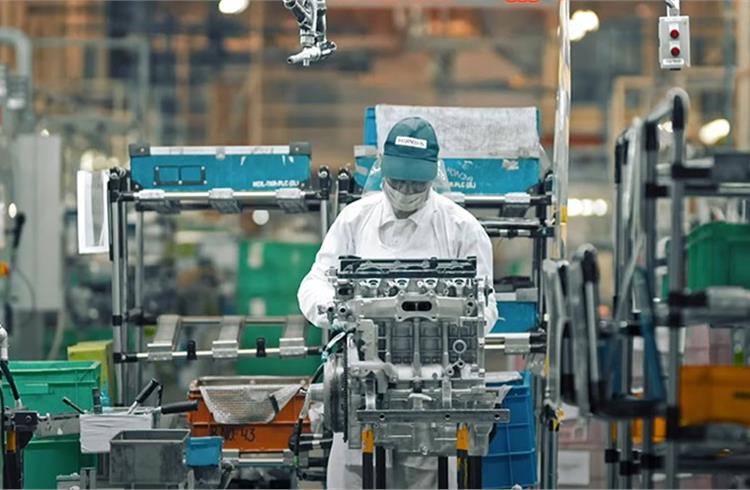 HCIL will also cease production and export of the 1.6-litre diesel engine that is currently shipped to Thailand for use in the CR-V SUV.

Honda Cars India Ltd (HCIL) will stop offering a diesel engine option in its vehicles by early next year, sources have told Autocar Professional. The company currently retails four models in India – the Amaze and City (Generation 4 and 5) sedan, Jazz hatchback and the WR-V crossover.

Ahead of implementation of the Real Driving Emissions or RDE norms in India in April 2023, the Japanese carmaker will stop production of its 1.5-litre i-DTEC diesel engine that is currently being offered in the Amaze, City (fifth generation) as well as the WR-V crossover.

The new RDE norms, which call for big investments in diesel engines to upgrade them to meet the stiff new emission regulations, have led to the axing of several diesel models across brands. For instance, the Hyundai Grand i10 Nios and Aura compact sedan have silently given up on a diesel engine offering earlier this year, while the premium i20 hatchback is lined up next to lose this option with the advent of the RDE guidelines.

Customers in India can still buy diesel-powered Hondas until end-March 2023, but the company plans to exhaust its diesel inventory in showrooms across the country before the more stringent emission standards kick in from April, exactly three years after BS VI emission norms were mandated from April 1, 2020.

Honda Cars India has already stopped producing diesel versions of the Jazz, WR-V as well as select variants of the Amaze compact sedan. The rest of the portfolio will now see the end of life of diesel variants between December 2022 and February 2023. 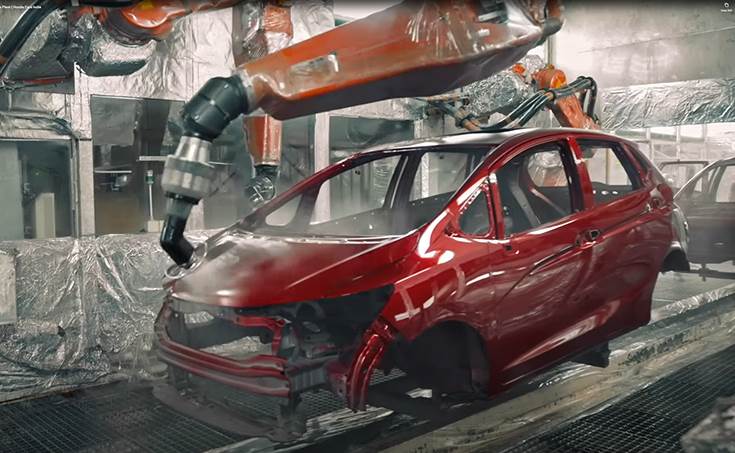 HCIL has already stopped producing diesel variants of the Jazz, WR-V as well as select trims of the Amaze, with its diesel car production to completely stop between December 2022 and February 2023.

Autocar Professional learns that after implementation of BS VI emission norms in April 2020, 21 percent of Honda’s total car sales came from the 1.5-litre diesel powertrain. This share, however, has further declined to only 7 percent of its total sales due to a shift in the customer’s preference towards petrol-powered cars. HCIL registered sales of about 30,000 to 35,000 units of diesel vehicles between CY2020 and CY2022.

Honda introduced the 1.5-litre, diesel engine – christened ‘i-DTEC’ – in India in 2013 with the launch of the Amaze compact sedan. The engine incorporates Honda’s ‘Earth Dreams’ technology and is claimed to be the lightest in its class due to a full-aluminium construction as well as having optimisations for friction and noise reduction.

Full stop on made-in-India 1.6L diesel engine for exports
Sources have further revealed that HCIL will also cease production and exports of the 1.6-litre diesel engine from March 2023. At present, this 1.6-litre powerplant is exported from India to Thailand for use in the Honda CR-V in overseas markets including Thailand and Philippines. 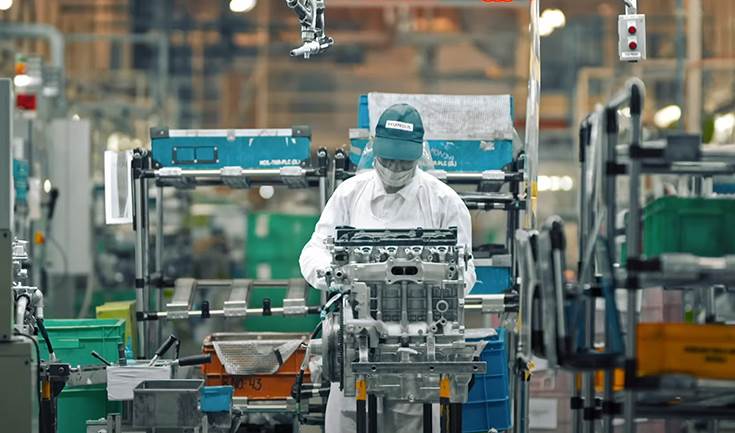 HCIL will also cease production and export of the 1.6-litre diesel engine that is shipped to Honda Thailand for application in the CR-V SUV.

The discontinuation of diesel engine exports is likely to impact HCIL’s revenue stream from exports of parts and components, which registered strong 60 percent YoY growth in FY2022 to Rs 1,185.77 crore (FY2021: Rs 738.23 crore).

It is learnt that HCIL’s suppliers have been notified about this planned phase out of Honda’s diesel engines – both 1.5- and 1.6-litre units – well in advance, and the company will stop producing these engines at its plant in Tapukara, Rajasthan that is fully equipped with a forging as well as die-casting shop for in-house manufacturing of engine blocks, heads, crankshafts and connecting rods at this facility.

Ditching diesel in line with global trend
Honda’s decision to drop diesel from its portfolio can be understood to be in line with overall market trends. Over the past few years, leading carmakers in India as well as overseas have already exited or outlined their plans to move away from the diesel-engine segment, particularly in the small-displacement (sub-2-litre) category where the technological cost of conforming to even more stringent emission standards is relatively high.

Over the past decade, the share of diesel vehicles in India has fallen sharply from the peak of 54 percent to 20 percent, and the shift had accelerated after the BS VI Phase-I emission norms implementation from April 2020. The contribution of diesel in hatchbacks and sedans has almost vanished, with SUVs now accounting for a lion’s share of the demand.

While the likes of Hyundai, Kia, Mahindra & Mahindra, and Tata Motors continue to offer a diesel alternative in the compact and midsize SUV segments, the Japanese OEM brigade has, however, given up on diesel, and are instead focusing on hybrid powertrain technology.

Responding to an email sent by Autocar Professional, an HCIL spokesperson said, “Among the different powertrains in our overall line-up, petrol has a dominant share of more than 90% and diesel demand has been reducing. As of now, we are producing and selling the diesel variants till some time. However, after RDE norms implementation, the situation will change and diesel’s share is expected to come down further. Therefore, we are focusing more on petrol and strong-hybrid powertrains in line with our long-term vision of reducing carbon footprints.”

Tougher criteria with RDE norms
The upcoming RDE norms will task OEMs to meet the emission targets, particularly those listed for Particulate Matter (PM) and Nitrogen Oxide (NOx) in the BS VI guidelines, now in the real-world driving scenario rather than just being on an engine test bench. This would effectively mean the requirement of a near-optimal emissions performance in varying geographical scenarios across India.

Industry experts say that it would, therefore, necessitate the implementation of technologies such as selective catalytic reduction or SCR (further NOx reduction), which is currently used in high-displacement engines and will prove extremely cost inhibitive particularly for diesel engines up to 1500cc displacement.

Honda, however, will continue to focus on its renowned i-VTEC petrol engine technology with the 1.2-litre and 1.5-litre, naturally-aspirated petrol engines powering the Amaze and City models, respectively in India, as well as the newly-introduced strong-hybrid drivetrain in the City e:HEV.

Furthermore, HCIL is in the process of phasing out the Jazz, WR-V and City (fourth generation) in due course of time as the three models in their current generation are nearing their end of lifecycle, and their next-generation global versions have not been lined up for India.

Meanwhile, Honda is working on bringing a brand-new compact SUV (codenamed: 3US) to the Indian market around the middle of 2023 to regain its market share that has seen a significant drop in the past few years due to the lack of a strong SUV product portfolio. The new midsize SUV will come with both petrol and strong-hybrid powertrains. Honda hopes the hybrid technology will compensate for its exit in diesel, though it remains to be seen how competitively the 1.5 hybrid engine (which is expensive in the City) can be priced.