Sources in the know say that the new Brio is expected to start production in India by February 2018 possibly at the carmaker’s Greater Noida plant where the current model is manufactured. 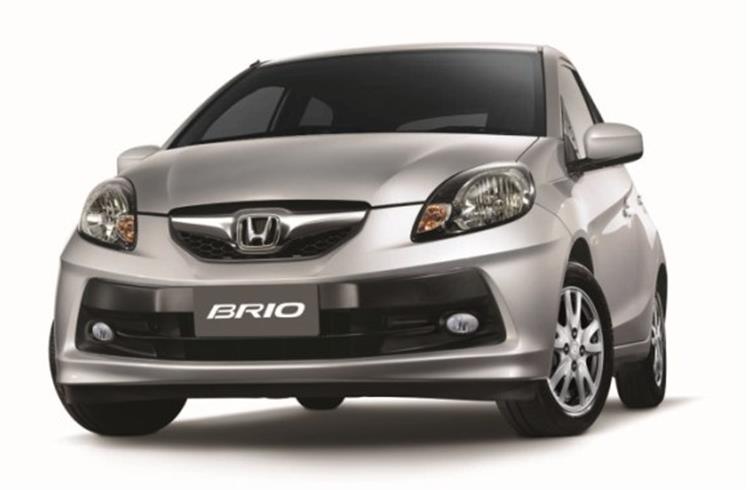 Japanese carmaker Honda is currently developing new car platforms for global markets which will be shared with India going forward. India being a key market for Honda, the company is increasing its customer base with new model launches.

For instance, one of the new platforms under development in Thailand is for the new Brio series. This was confirmed by Yoichiro Ueno, the new president and CEO of Honda Cars India, told Autocar Professional on the sidelines of the launch of the new BR-V small SUV which marks Honda’s entry into this market segment.

Elaborating on the new Brio series, Ueno said, “It is a global model and not exclusively for India. Honda’s R&D is developing some new platforms and in that case it is shared with India also. The platform is developed mainly in Thailand but in collaboration with Japan and India.”

Sources in the know say that the new Brio is expected to start production in India by February 2018 possibly at the carmaker’s Greater Noida plant where the current model is manufactured. Among the new rollouts will be the new Amaze and in all likelihood a new Mobilio MPV as well would be coming during FY2018 and FY2019 respectively.

At present Honda Cars India produces the City, Amaze, Mobilio, CR-V, Jazz and Brio at its two plants in Greater Noida and Tapukara in Rajasthan. The new BR-V, launched on May 5, will be made at the company’s Tapukara facility and while the carmaker has said that volumes will be based on market demand, sources say that Honda is looking at a production capacity of 40,000 units per annum for the BR-V.

Dual SRS airbags are standard across the four grades in petrol and diesel of the 7-seater BR-V which has a starting price of Rs 8.75 lakh (ex-showroom Delhi) for the petrol variant with the top end diesel trim costing Rs 12.90 lakh for the VX version.

Honda had commenced BR-V shipments to dealerships during April to be ready for deliveries as soon as the SUV was launched. Jnaneswar Sen, senior VP (sales and marketing) had said that it typically takes 8-10 days for shipments to reach far-flung dealerships across India and hence the start of supplies and bookings by mid-April. Honda’s April sales have indicated sales of 567 units of the BR-V which Sen clarified are wholesales to distributors.

Honda Cars India, which exported 496 cars last month, saw its domestic sales in April 2016 drop to 10,486 units against 12,636 units in April 2015.  Sen attributed this drop to the shift in consumer preferences from diesel to petrol. Moreover, the continuing ban on diesel in Delhi-NCR has also impacted consumer sentiment. “Despite the current challenges, HCIL is confident of positive growth in this fiscal,” Sen added.

Key to pushing sales of the BR-V will be the need to expand Honda’s dealer network, which is currently pegged at 298 across 190 cities. The carmaker plans to step this up to 340 outlets by end-March 2017.

Also read: Interview with Honda Cars India's Yoichiro Ueno: "The BR-V can capture customers in its segment as well as attract buyers from other segments."